56 Rodney Stark Quotes on Christianity, Christendom and The Triumph of Christianity: How the Jesus Movement Became the World's Largest Religion - Quotes.pub

Here you will find all the famous Rodney Stark quotes. There are more than 56+ quotes in our Rodney Stark quotes collection. We have collected all of them and made stunning Rodney Stark wallpapers & posters out of those quotes. You can use this wallpapers & posters on mobile, desktop, print and frame them or share them on the various social media platforms. You can download the quotes images in various different sizes for free. In the below list you can find quotes in various categories like Christianity, Christendom and The Triumph of Christianity: How the Jesus Movement Became the World's Largest Religion 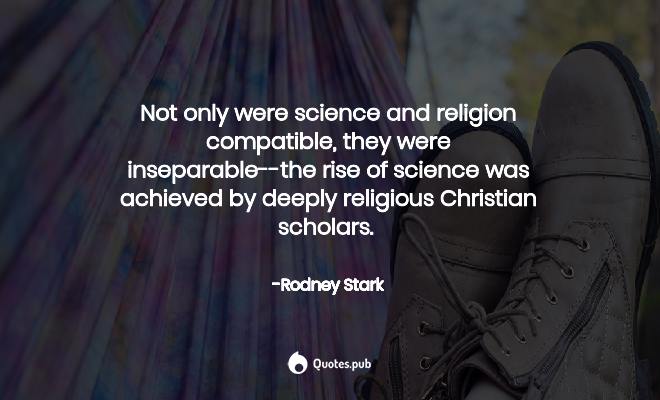 Not only were science and religion compatible, they were inseparable--the rise of science was achieved by deeply religious Christian scholars.

Download
Because God is perfect, his handiwork functions in accord with immutable principles. By the full use of our God-given powers of reason and observation, it ought to be possible to discover these principles. These were the crucial ideas that explain why science arose in Christia . . . Read more 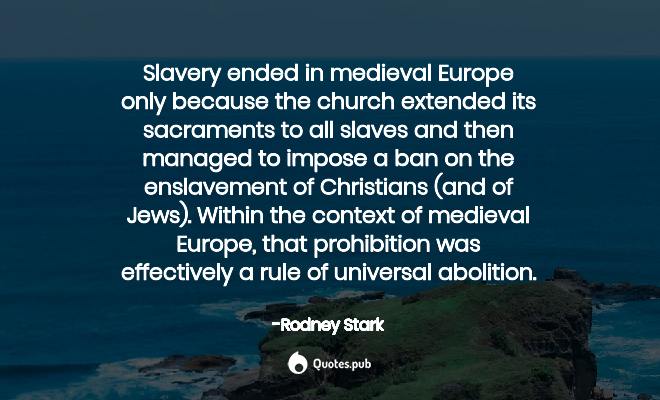 Slavery ended in medieval Europe only because the church extended its sacraments to all slaves and then managed to impose a ban on the enslavement of Christians (and of Jews). Within the context of medieval Europe, that prohibition was effectively a rule of universal abolition.

Download
Many critics of the Crusades would seem to suppose that after the Muslims had overrun a major portion of Christendom, they should have been ignored or forgiven; suggestions have been made about turning the other cheek. This outlook is certainly unrealistic and probably insincere. Not . . . Read more 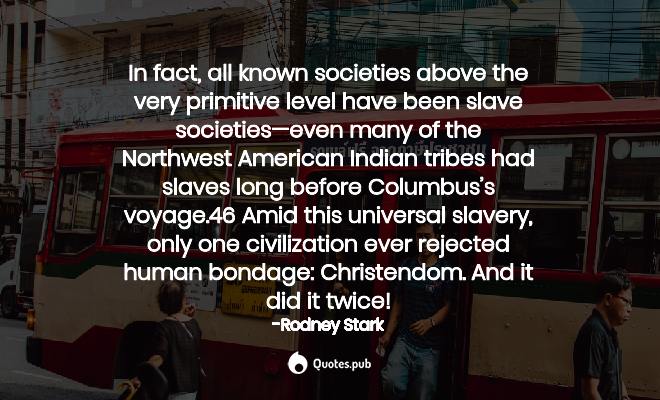 In fact, all known societies above the very primitive level have been slave societies—even many of the Northwest American Indian tribes had slaves long before Columbus’s voyage.46 Amid this universal slavery, only one civilization ever rejected human bondage: Christendom. And it did it twice!

Download
Imagine a society’s discovering a vaccine against a deadly disease that has been ravaging its people and continues to ravage people in neighboring societies, where the cause of the disease is incorrectly attributed to improper diet. What would be the judgment on such a society if it . . . Read more 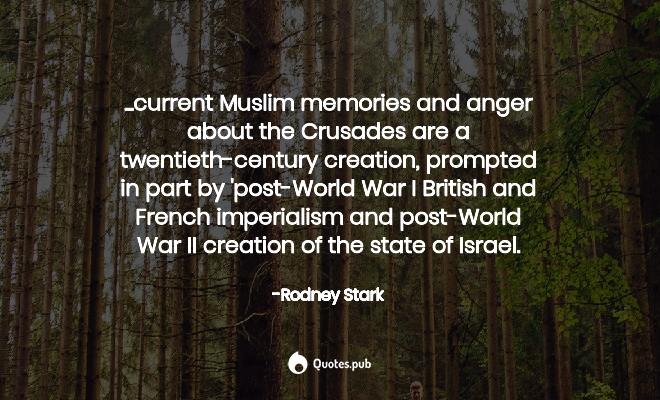 ...current Muslim memories and anger about the Crusades are a twentieth-century creation, prompted in part by 'post-World War I British and French imperialism and post-World War II creation of the state of Israel. 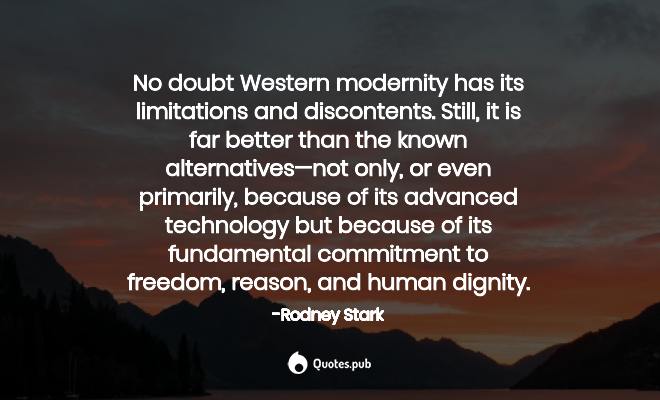 No doubt Western modernity has its limitations and discontents. Still, it is far better than the known alternatives—not only, or even primarily, because of its advanced technology but because of its fundamental commitment to freedom, reason, and human dignity. 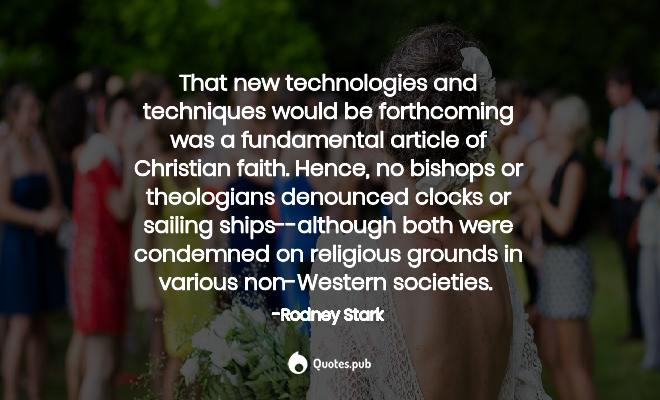 That new technologies and techniques would be forthcoming was a fundamental article of Christian faith. Hence, no bishops or theologians denounced clocks or sailing ships--although both were condemned on religious grounds in various non-Western societies. 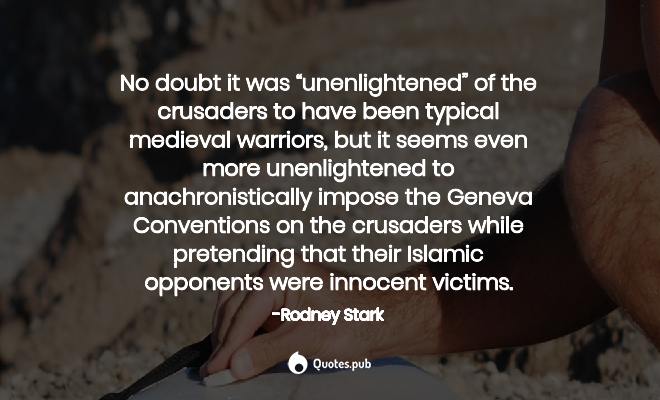 No doubt it was “unenlightened” of the crusaders to have been typical medieval warriors, but it seems even more unenlightened to anachronistically impose the Geneva Conventions on the crusaders while pretending that their Islamic opponents were innocent victims. 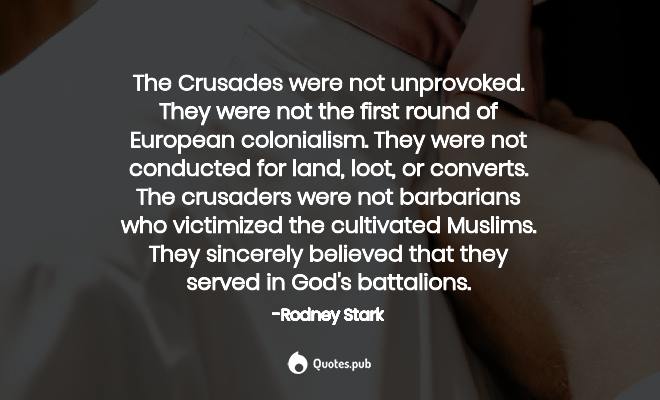 The Crusades were not unprovoked. They were not the first round of European colonialism. They were not conducted for land, loot, or converts. The crusaders were not barbarians who victimized the cultivated Muslims. They sincerely believed that they served in God's battalions. 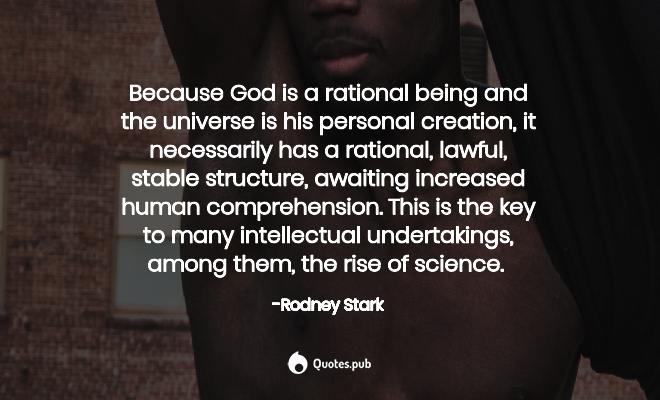 Because God is a rational being and the universe is his personal creation, it necessarily has a rational, lawful, stable structure, awaiting increased human comprehension. This is the key to many intellectual undertakings, among them, the rise of science. 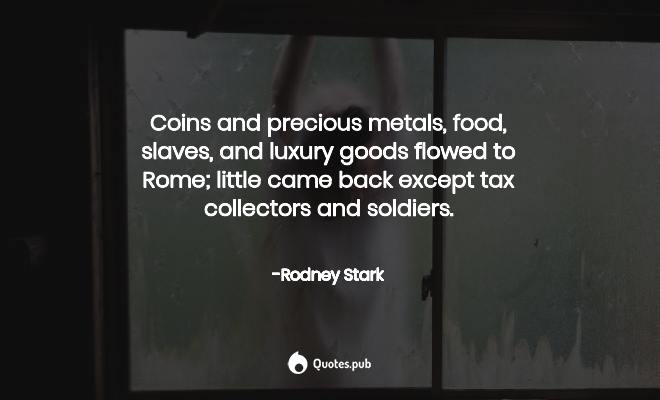 Coins and precious metals, food, slaves, and luxury goods flowed to Rome; little came back except tax collectors and soldiers. 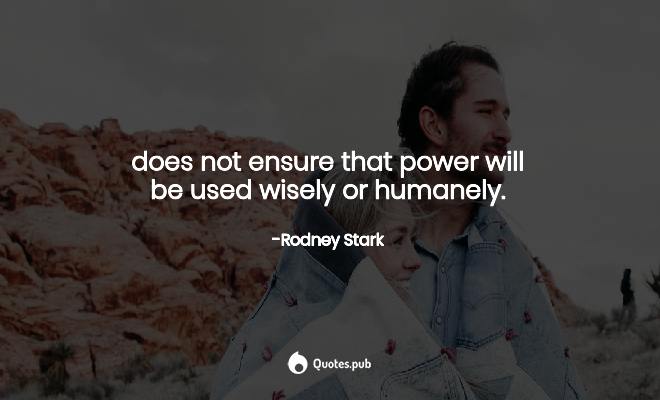 does not ensure that power will be used wisely or humanely.

Download
As for the fall of the Spanish Empire, ironically, perhaps no monarchs in history were more conscientious, honest, or hardworking than Charles V and his son Philip II. Between them they carefully built the Spanish Empire and ruled it for more than eighty years. Nearly every day they r . . . Read more 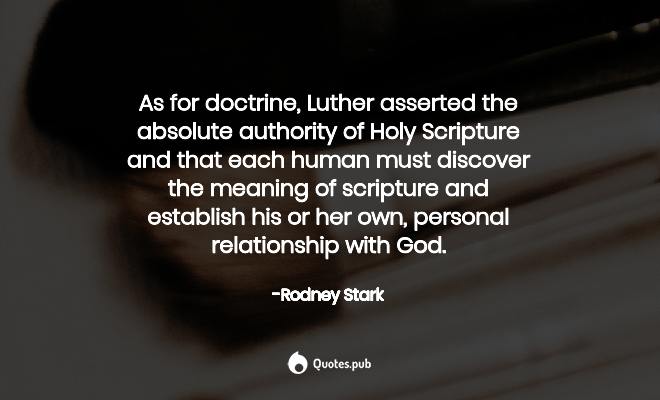 As for doctrine, Luther asserted the absolute authority of Holy Scripture and that each human must discover the meaning of scripture and establish his or her own, personal relationship with God. 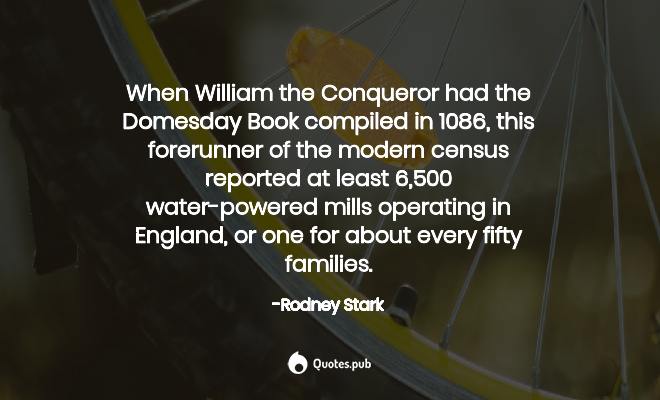 When William the Conqueror had the Domesday Book compiled in 1086, this forerunner of the modern census reported at least 6,500 water-powered mills operating in England, or one for about every fifty families. 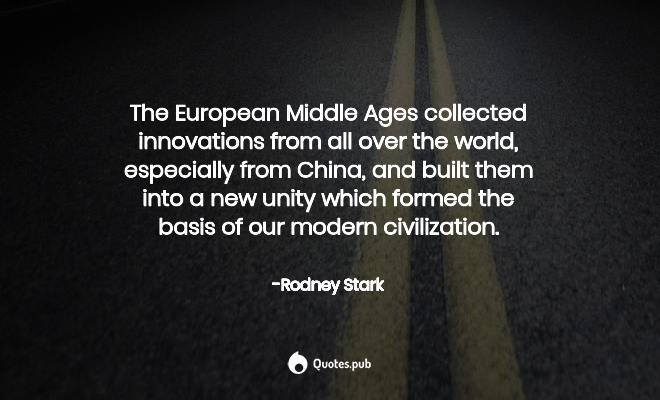 The European Middle Ages collected innovations from all over the world, especially from China, and built them into a new unity which formed the basis of our modern civilization. 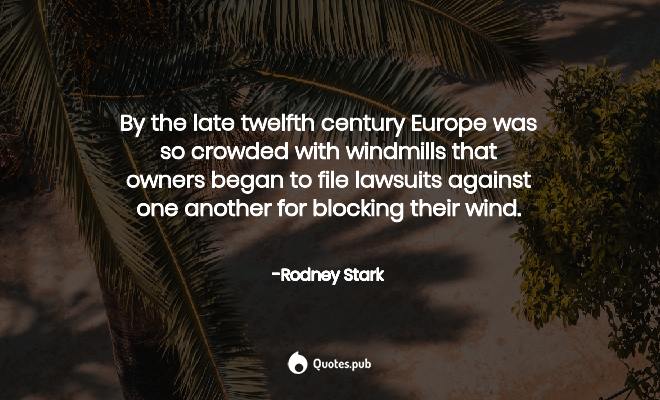 By the late twelfth century Europe was so crowded with windmills that owners began to file lawsuits against one another for blocking their wind. 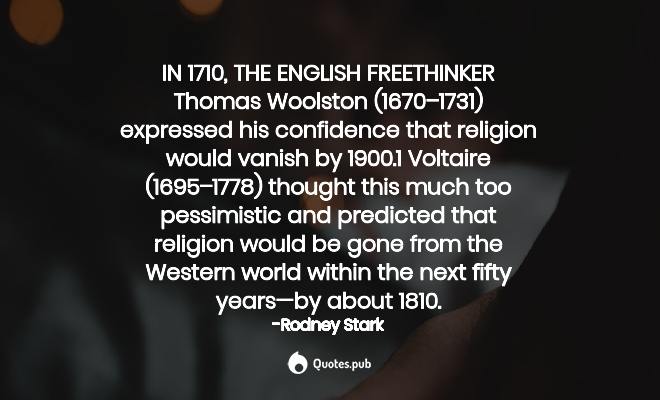 IN 1710, THE ENGLISH FREETHINKER Thomas Woolston (1670–1731) expressed his confidence that religion would vanish by 1900.1 Voltaire (1695–1778) thought this much too pessimistic and predicted that religion would be gone from the Western world within the next fifty years—by about 1810.

Download
But following these Stone Age discoveries, progress was slow. It is estimated that in terms of the standard of living, things were pretty much the same for the next seven thousand years.1 People ate about the same amount, lived about the same lifespan, and buried about the same high p . . . Read more 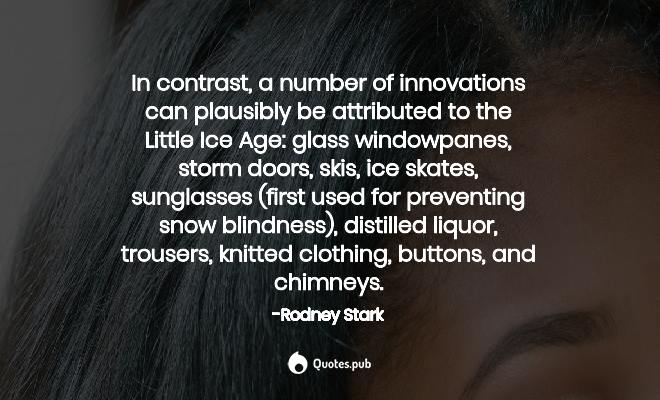 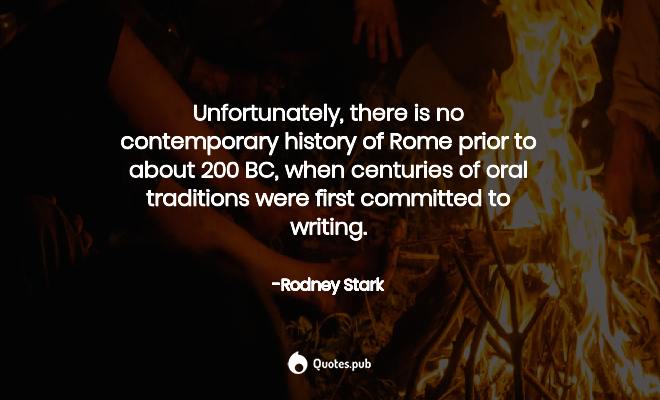 Unfortunately, there is no contemporary history of Rome prior to about 200 BC, when centuries of oral traditions were first committed to writing.

Download
No wonder that progress was so slow within the ancient empires. Anything of value—land, crops, livestock, buildings, even children—could be arbitrarily seized, and as the Chinese iron magnates learned, it often was. Worse yet, the tyrannical empires invested little of the wealth t . . . Read more

Recalling his days as a student in Paris from about 1205 to 1210, Cardinal Jacques de Vitry wrote: “Simple fornication was held to be no sin. Everywhere, publicly, close to their brothels, prostitutes attracted the students who were walking by on the streets and squares of the city . . . Read more 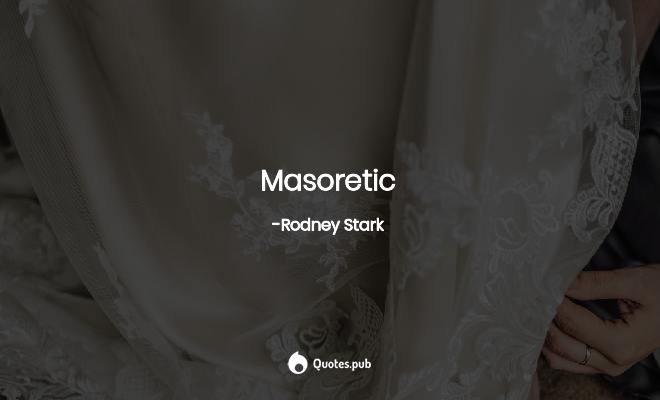 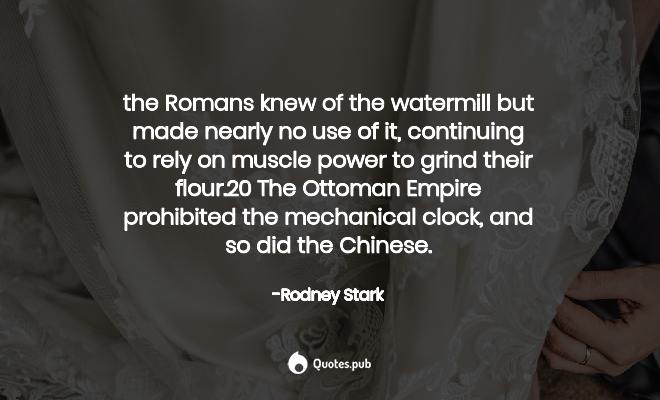 the Romans knew of the watermill but made nearly no use of it, continuing to rely on muscle power to grind their flour.20 The Ottoman Empire prohibited the mechanical clock, and so did the Chinese. 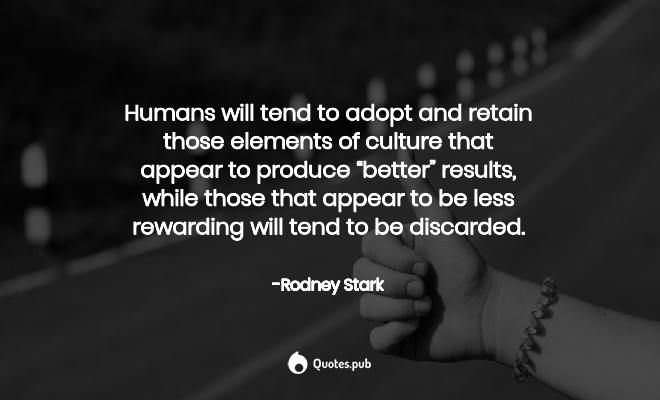 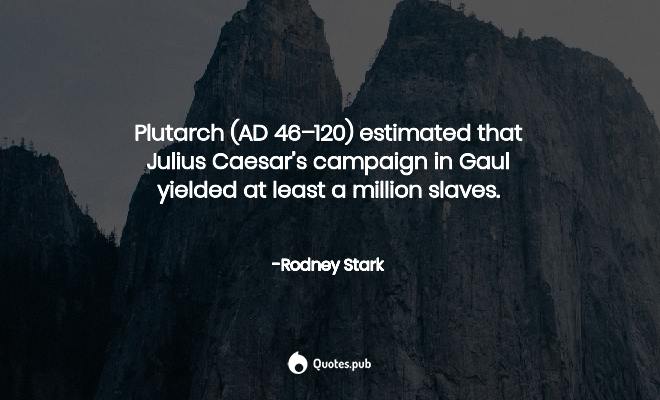