Writing: such has been my crime ever since I was a small child. To this day writing remains my crime. Now, although I am out of prison, I continue to live inside a prison of another sort, one without steel bars. For the technology of oppression and might without justice has become more advanced, and the fetters imposed on mind and body have become invisible. The most dangerous shackles are the invisible ones, because they deceive people into believing they are free. This delusion is the new prison that people inhabit today, north and south, east and west...We inhabit the age of the technology of false consciousness, the technology of hiding truths behind amiable humanistic slogans that may change from one era to another...Democracy is not just freedom to criticize the government or head of state, or to hold parliamentary elections. True democracy obtains only when the people - women, men, young people, children - have the ability to change the system of industrial capitalism that has oppressed them since the earliest days of slavery: a system based on class division, patriarchy, and military might, a hierarchical system that subjugates people merely because they are born poor, or female, or dark-skinned. 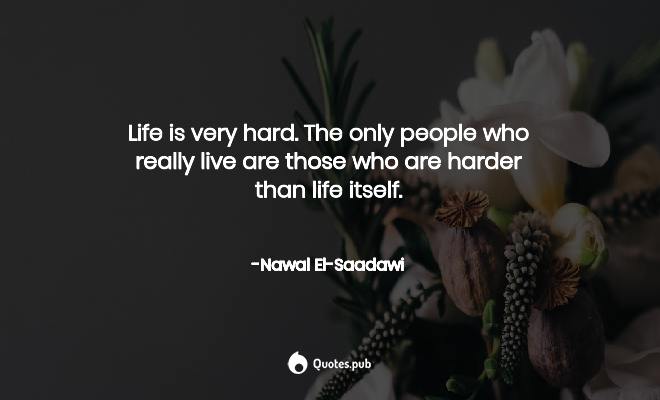 Life is very hard. The only people who really live are those who are harder than life itself. 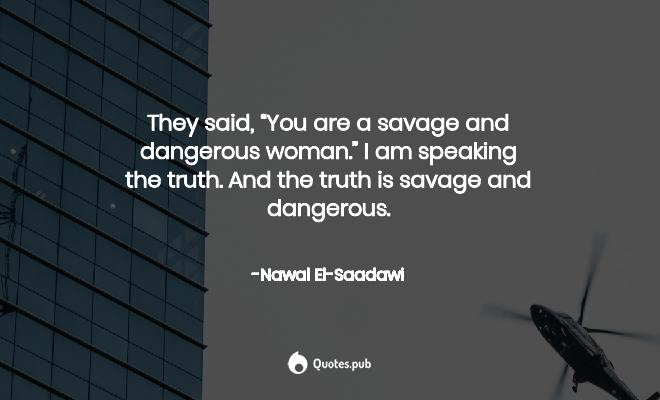 Download
Yet not for a single moment did I have any doubts about my own integrity and honour as a woman. I knew that my profession had been invented by men, and that men were in control of both our worlds, the one on earth, and the one in heaven. That men force women to sell their bodies at a . . . Read more 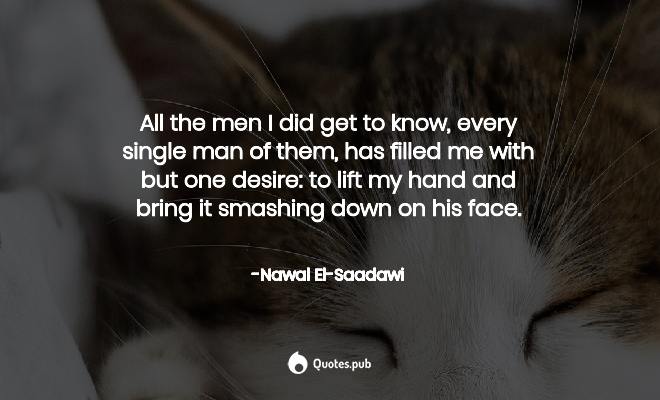 All the men I did get to know, every single man of them, has filled me with but one desire: to lift my hand and bring it smashing down on his face. 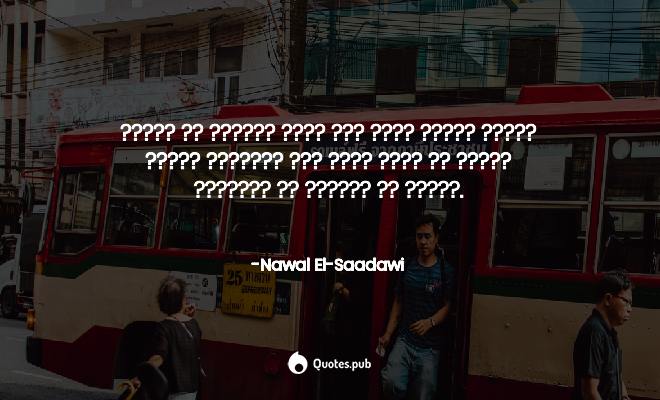 She is free to do what she wants, and free not to do it. 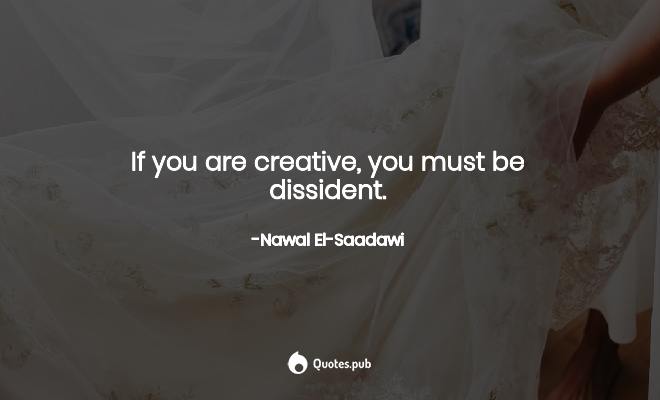 If you are creative, you must be dissident. 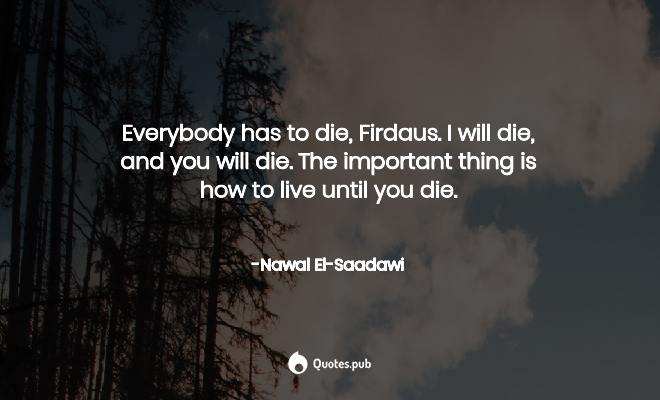 Everybody has to die, Firdaus. I will die, and you will die. The important thing is how to live until you die.