Wolfgang Pauli, in the months before Heisenberg's paper on matrix mechanics pointed the way to a new quantum theory, wrote to a friend, "At the moment physics is again terribly confused. In any case, it is too difficult for me, and I wish I had been a movie comedian or something of the sort and had never heard of physics." That testimony is particularly impressive if contrasted with Pauli's words less than five months later: "Heisenberg's type of mechanics has again given me hope and joy in life. To be sure it does not supply the solution to the riddle, but I believe it is again possible to march forward. 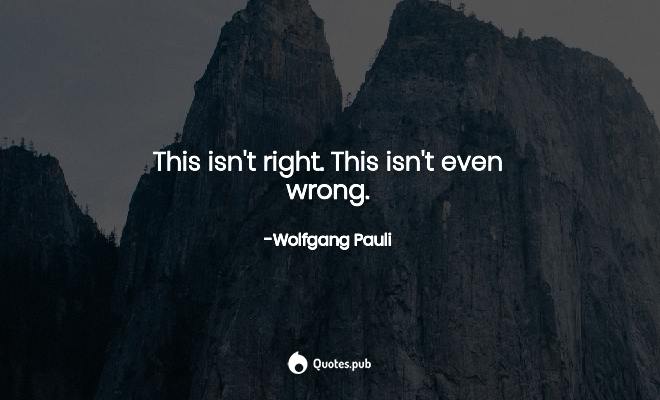 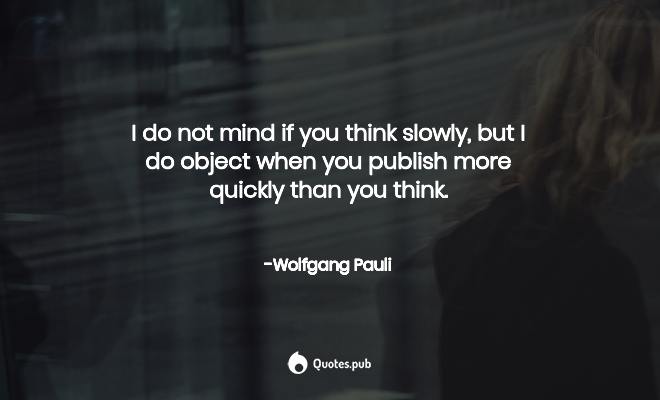 I do not mind if you think slowly, but I do object when you publish more quickly than you think.

Download
Es gibt keinen Gott und Dirac ist sein Prophet. (There is no God and Dirac is his Prophet.){A remark made . . . Read more

Einstein has a feeling for the central order of things. He can detect it in the simplicity of natural laws. We may take it that he felt this simplicity very strongly and directly during his discovery of . . . Read more 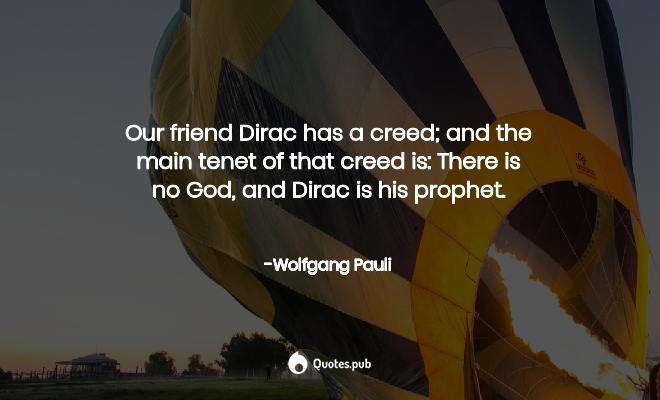 Our friend Dirac has a creed; and the main tenet of that creed is: There is no God, and Dirac is his prophet. 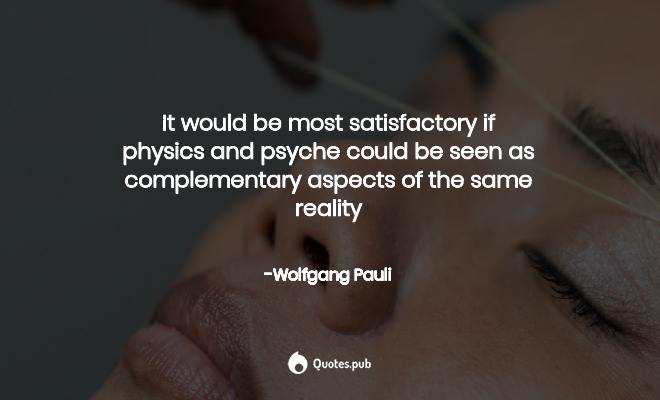 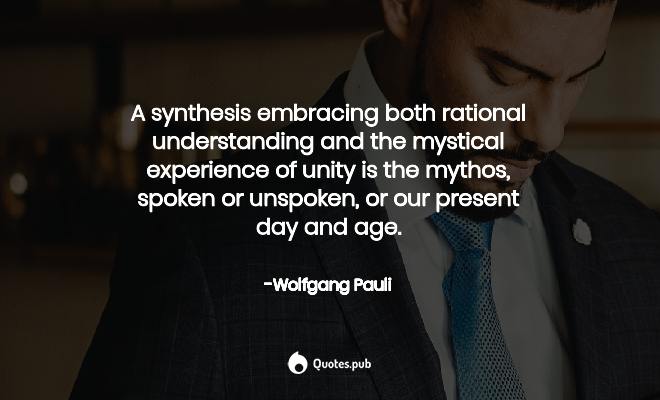 A synthesis embracing both rational understanding and the mystical experience of unity is the mythos, spoken or unspoken, or our present day and age. 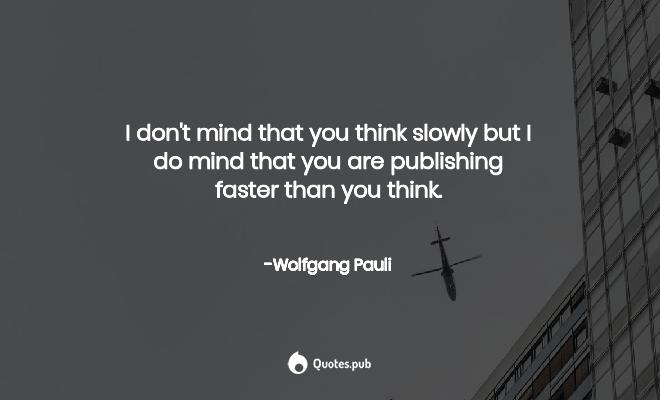