When Salter was fifty-five, his twenty-five-year-old daughter, Allan, died in an electrical accident. She was in the shower in a cabin next door to his in Aspen. He walked in and found her lying naked on the floor, the water running. He carried her dead body in his arms. He took her outside and tried to resuscitate her, somehow thinking she was drowning. We do not talk about this. He says only, “There was the wreckage of that.

Topics : The Violet Hour: Great Writers at the End Quotes 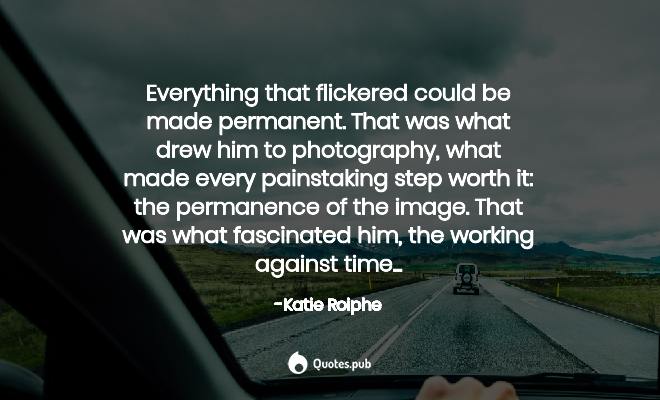 Everything that flickered could be made permanent. That was what drew him to photography, what made every painstaking step worth it: the permanence of the image. That was what fascinated him, the working against time... 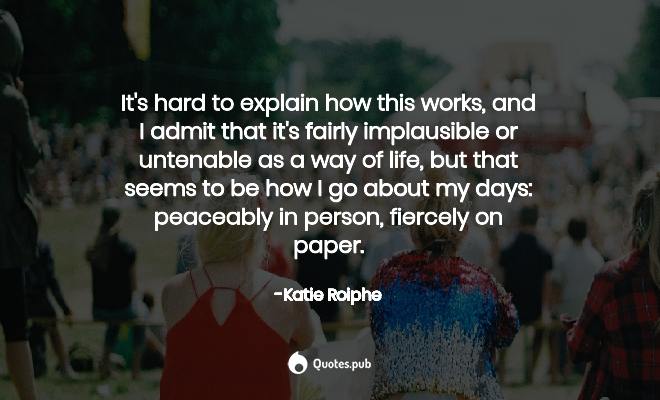 It's hard to explain how this works, and I admit that it's fairly implausible or untenable as a way of life, but that seems to be how I go about my days: peaceably in person, fiercely on paper.

Download
The poet found illness a convenient language for his skewed relation to normal life, for his inability at times to function, for his radical abdication of responsibilities. Illness offered, for decades, a comfortable way for him to think about himself. Ever the poet, he pretty much se . . . Read more

Dylan Thomas was lying in a coma under an oxygen tent in St. Vincent’s Hospital. He had been lying there, unshaven, for three days. The precise cause of the coma was obscure, though he had been heard making the extravagant claim that he had eighteen whiskeys at the White Horse Taver . . . Read more

She once complained that her stories were like ‘birds bred in cages,’ but that concentrated atmosphere, that claustrophobic hothouse of emotion, was her talent. Her stories were little masterpieces of compression: she succinctly contained whole lifetimes in a few pages, every mome . . . Read more 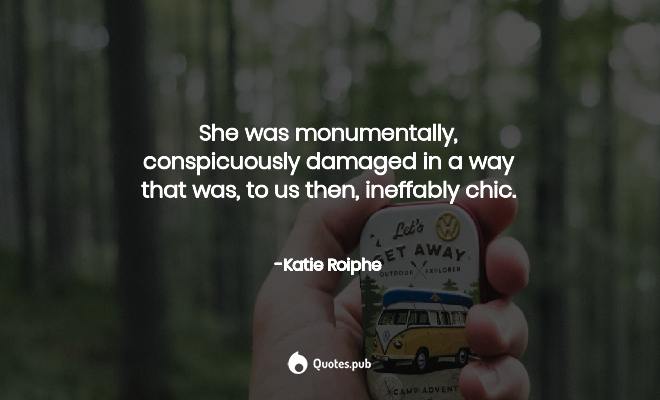 She was monumentally, conspicuously damaged in a way that was, to us then, ineffably chic. 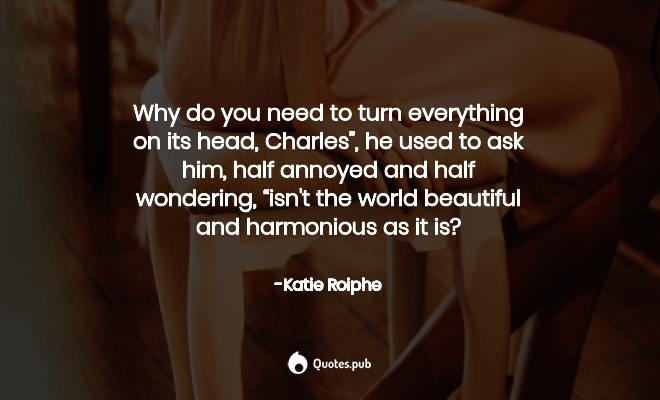 Why do you need to turn everything on its head, Charles”, he used to ask him, half annoyed and half wondering, “isn't the world beautiful and harmonious as it is?

Download
The Paradox: how do you lose something you never had?The answer: There was another way to have. A transparent stretch of space between you. To love from a distance, through that space, more deeply, more colourfully, so it can be seen from faraway like a flag. Eventually the spave . . . Read more