When New York City created a special Rape Analysis Squad commanded by police- women, the female police officers found that only 2 percent of all rape complaints were false—about the same false-report rate that is usual for other kinds of felonies. (a a talk given by Judge Lawrence H. Cooke before the Association of the Bar of the City of New York) 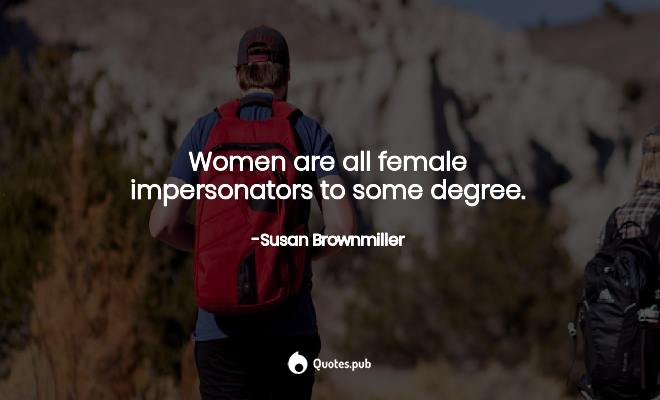 Women are all female impersonators to some degree. 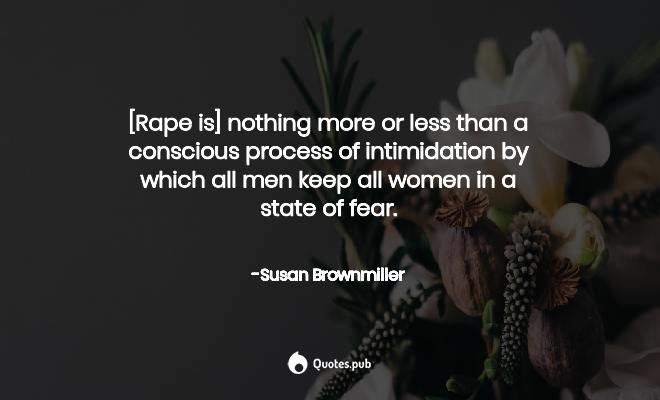 [Rape is] nothing more or less than a conscious process of intimidation by which all men keep all women in a state of fear.

Download
A world without rape would be a world in which women moved freely without fear of men. That some men rape provides a sufficient threat to keep all women in a constant state of intimidation, forever conscious of the knowledge that the biological tool must be held in awe for it may turn . . . Read more

Depending on what was available in a given climate, a variety of porous fibers were used (and still are used in most countries) to stanch the monthly blood: makeshift paddings of roots and husks, homemade tampons of wadded paper, cotton or wool, and reusable diapers fashioned from fol . . . Read more 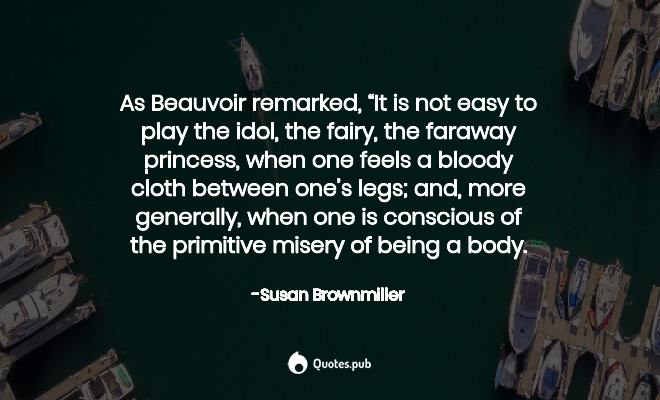 As Beauvoir remarked, “It is not easy to play the idol, the fairy, the faraway princess, when one feels a bloody cloth between one’s legs; and, more generally, when one is conscious of the primitive misery of being a body. 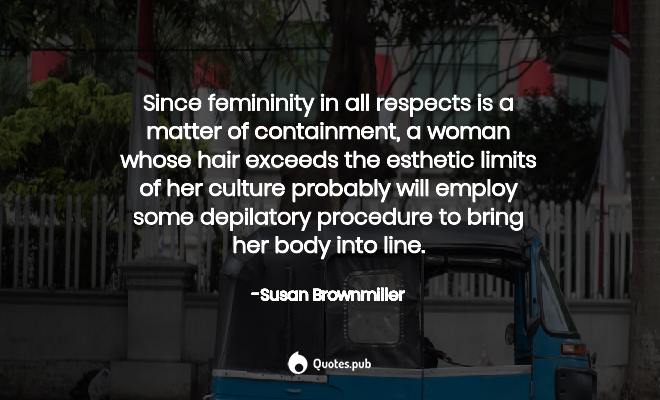 Since femininity in all respects is a matter of containment, a woman whose hair exceeds the esthetic limits of her culture probably will employ some depilatory procedure to bring her body into line.

Download
The animal-like aspect of body hair, to a very refined sensibility, and the fact that women under detention were denied their razors, undoubtedly led a pioneer criminologist of the nineteenth century named Cesare Lombroso to propose that the body type of the female offender was charac . . . Read more 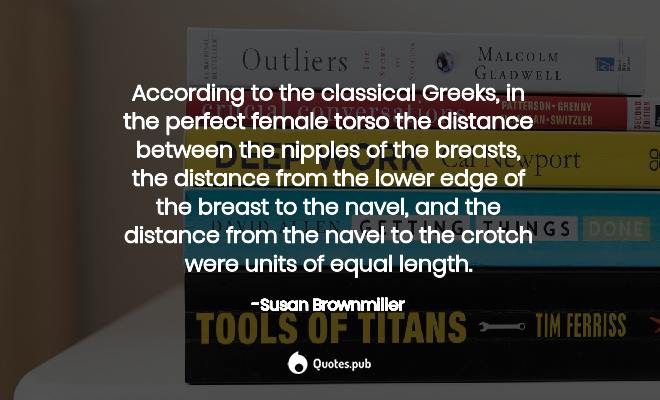