When a soul in sin, under the impetus of grace, turns to God, there is penance; but when a soul in sin refuses to change, God sends chastisement. This chastisement need not be external, and certainly it is never arbitrary; it comes as an inevitable result of breaking God’s moral law. But the entrenched forces of the modern world are irrational, men nowadays do not always interpret disasters as the moral events they are. When calamity strikes the flint of human hearts, sparks of sacred fire are kindled and men will normally begin to make an estimate of their true worth. In previous ages this was usual: a disordered individual could find his way back to peace because he lived in an objective world inspired by Christian order. But the frustrated man of today, having lost his faith in God, living as he does, in a disordered chaotic world, has no beacon to guide him. In times of trouble he sometimes turns in upon himself, like a serpent devouring its own tail. Given such a man, who worships the false trinity of (1) his own pride, which acknowledges no law; (2) his own sensuality, which makes earthly comfort it goal; (3) his license, which interprets liberty as the absences of all restraint and law—then a cancer is created which is impossible to cure except through an operation or calamity unmistakable as God’s action in history. It is always through sweat and blood and tears that the soul is purged of its animal egotism and laid open to the Spirit … Catastrophe can be to a world that has forgotten God what a sickness can be to a sinner; in the midst of it millions might be brought not to a voluntary, but to an enforced crisis. Such a calamity would put an end to Godlessness and make vast numbers of men, who might otherwise lose their souls, turn to God. 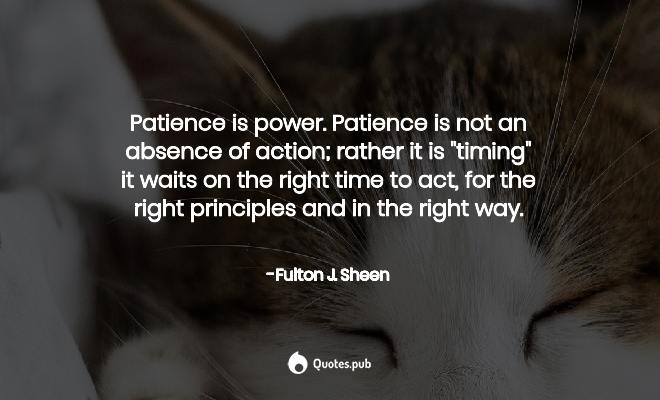 Patience is power.Patience is not an absence of action;rather it is "timing"it waits on the right time to act,for the right principlesand in the right way. 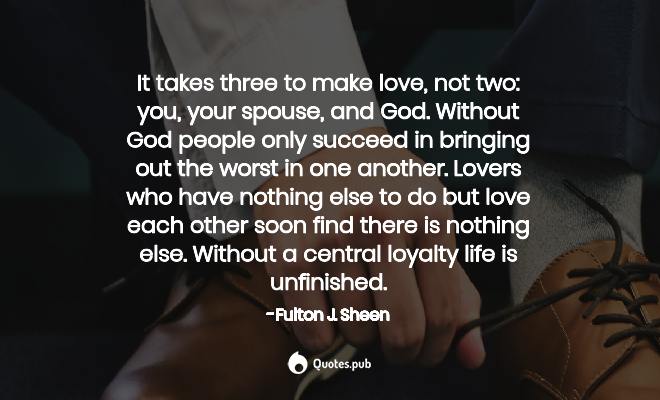 It takes three to make love, not two: you, your spouse, and God. Without God people only succeed in bringing out the worst in one another. Lovers who have nothing else to do but love each other soon find there is nothing else. Without a central loyalty life is unfinished. 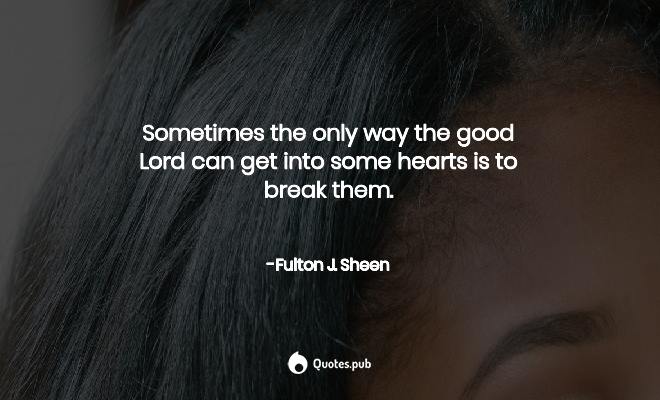 Sometimes the only way the good Lord can get into some hearts is to break them. 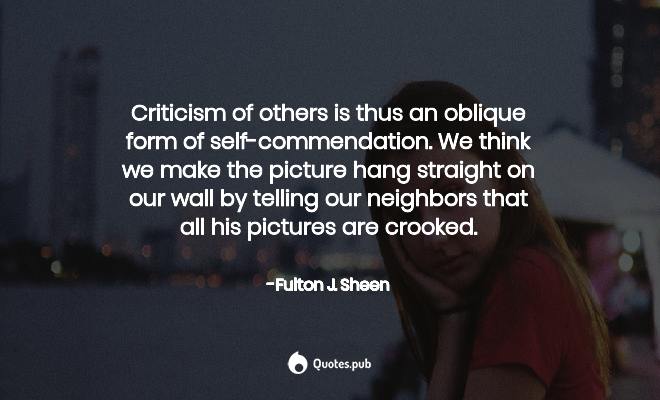 Criticism of others is thus an oblique form of self-commendation. We think we make the picture hang straight on our wall by telling our neighbors that all his pictures are crooked. 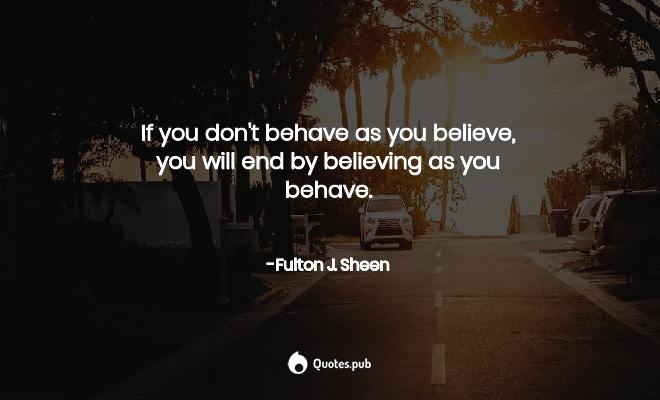 If you don't behave as you believe, you will end by believing as you behave.