What will become of us in twenty years’ time?” we asked ourselves one evening. Thirty years have passed now. Raymond was guillotined: “Anarchist gangster” (so the newspapers). I came across Jean again in Brussels, a worker and a trade-union organizer, still a fighter for liberty after ten years in jail. Luce has died of tuberculosis, naturally. For my part, I have undergone a little over ten years of various forms of captivity, agitated in seven countries, and written twenty books. I own nothing. On several occasions a Press with a vast circulation has hurled filth at me because I spoke the truth. Behind us lies a victorious revolution gone astray, several abortive attempts at revolution, and massacres in so great a number as to inspire a certain dizziness. And to think that it is not over yet.

Topics : Memoirs of a Revolutionary Quotes 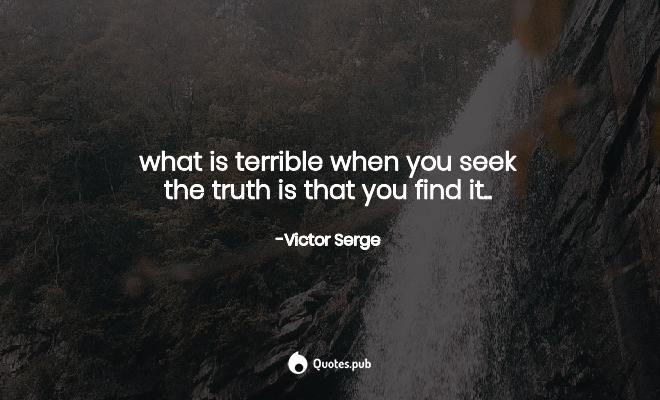 what is terrible when you seek the truth is that you find it..

Download
I give myself credit for having seen clearly in a number of important situations. In itself, this is not so difficult to achieve, and yet it is rather unusual. To my mind, it is less a question of an exalted or shrewd intelligence, than of good sense, goodwill, and a certain sort of c . . . Read more 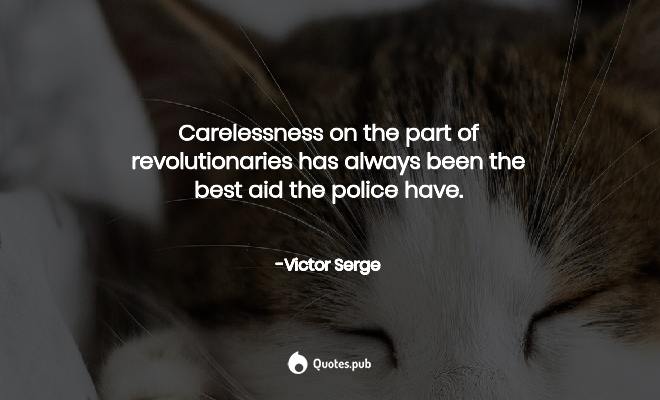 Carelessness on the part of revolutionaries has always been the best aid the police have.

Download
The necessity of starting life afresh on new foundations. That these foundations must be of social justice, of rational organization, of respect for the individual, of liberty, is for me an obvious fact which, little by little, is asserting itself out of the very inhumanity of the pre . . . Read more

Early on, I learnt from the Russian intelligentsia that the only meaning of life lies in conscious participation in the making of history. The more I think of that, the more deeply true it seems to be. It follows that one must range oneself actively against everything that diminishes . . . Read more

A French essayist has said: 'What is terrible when you seek the truth, is that you find it.' You find it, and then you are no longer free to follow the biases of your personal circle, or to accept fashionable clichés. I immediately discerned within the Russian Revolution the seeds of . . . Read more