What were they thinking?' we ask about our ancestors, but we know that, a century hence, our descendents will ask the same thing about us. Who knows what will strike them as strangest? The United States incarcerates 1 percent of its population and subjects many thousands of inmates to years of solitary confinement. In Saudi Arabia, women are forbidden to drive. There are countries today in which homosexuality is punishable by life in prison or by death. Then there's the sequestered reality of factory farming, in which hundreds of millions of mammals, and billions of birds, live a squalid brief existence. Or the toleration of extreme poverty, inside and outside the developed world. One day, people will find themselves thinking not just that an old practice was wrong and a new one right but that there was something shameful in the old ways. In the course of the transition, many will change what they do because they are shamed out of an old way of doing things. So it is perhaps not too much to hope that if we can find the proper place for honor now, we can make the world better. 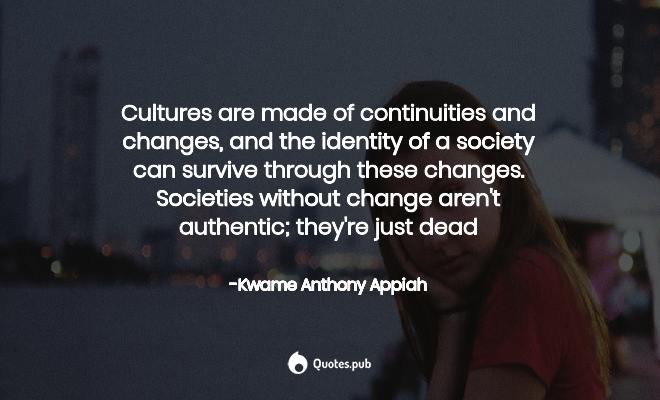 Cultures are made of continuities and changes, and the identity of a society can survive through these changes. Societies without change aren't authentic; they're just dead 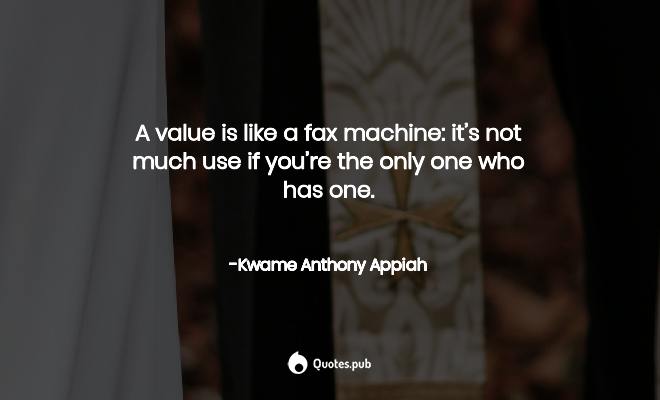 A value is like a fax machine: it’s not much use if you’re the only one who has one. 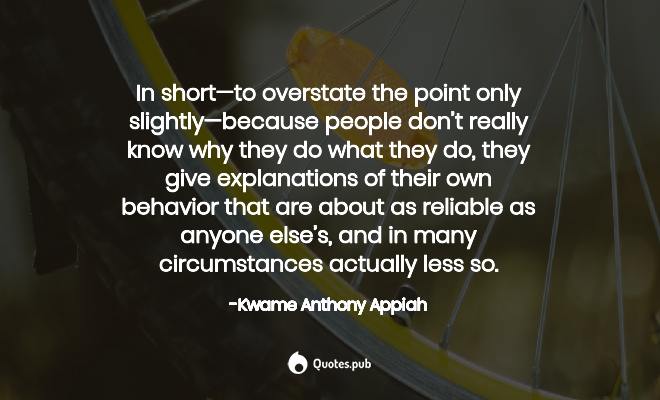 In short—to overstate the point only slightly—because people don’t really know why they do what they do, they give explanations of their own behavior that are about as reliable as anyone else’s, and in many circumstances actually less so. 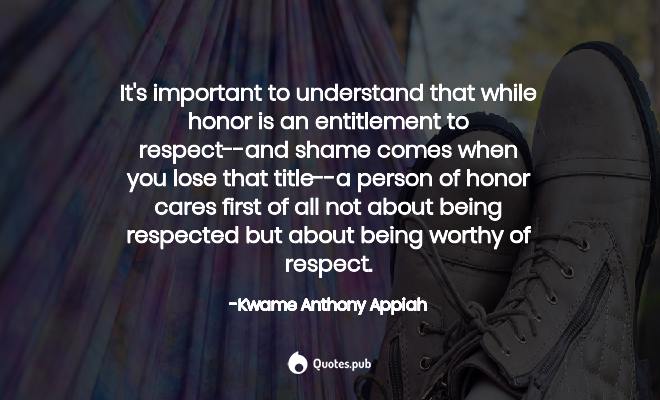 It's important to understand that while honor is an entitlement to respect--and shame comes when you lose that title--a person of honor cares first of all not about being respected but about being worthy of respect. 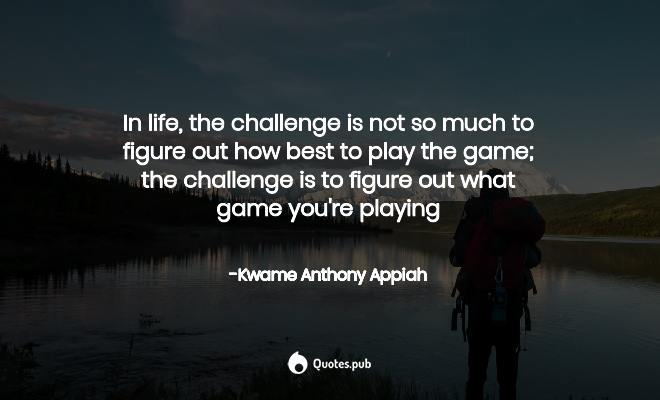 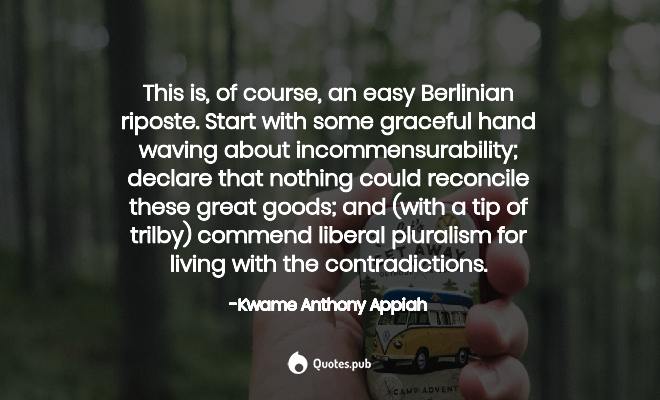 This is, of course, an easy Berlinian riposte. Start with some graceful hand waving about incommensurability; declare that nothing could reconcile these great goods; and (with a tip of trilby) commend liberal pluralism for living with the contradictions. 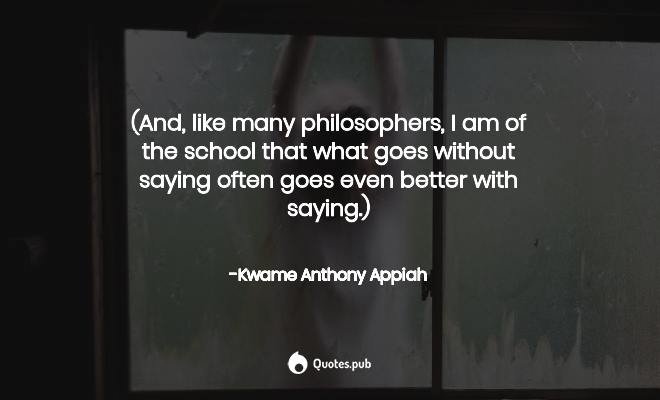 (And, like many philosophers, I am of the school that what goes without saying often goes even better with saying.)

Download
Yet in making our choices we must sometimes start with a vision, however inchoate, of what it is for a human life to go well. That was one of Aristotle's central insights. It is my argument that we should be free to avail ourselves of the resources of many disciplines to define that v . . . Read more