What is the meaning of the phrase “shall be bound in heaven... shall be loosed in heaven?” Williams, the Bible translator, points out for us that the verb form is the perfect passive participle, so the reference is to things in a state of having been already forbidden (or permitted). This tells us that whatever is bound or loosed by the believer is done on the basis that it has already been done “in heaven,” i.e. by the Lord himself. What is it, then, that the Lord has already bound and which he has given us power to bind again? Jesus teaches us: Or else how can one enter into a strong man’s house, and spoil his goods, except he first bind the strong man? and then he will spoil his house. Matt. 12:29 The context of this passage finds Jesus casting out demons. His authority for thus doing is challenged by the religious authorities. They accuse him of doing it by the power of the devil himself. Jesus is explaining that he is able to control demon spirits and make them obey him because he has already bound the strong man — Satan. The fact that the demons obey Him is evidence of Satan being bound. Satan is already bound “in heaven” — by heaven’s power. His power is broken. The key is given to us. We have power over him, too. Amen! The Greek word for “bind” in the passage before us is deo. It means to fasten or tie — as with chains, as an animal tied to keep it from straying. This is glorious! When Satan is bound he is made inoperable. He loses his ability to act against us.

Topics : Pigs in the Parlor: A handbook for deliverance from demons and spiritual oppression. Quotes 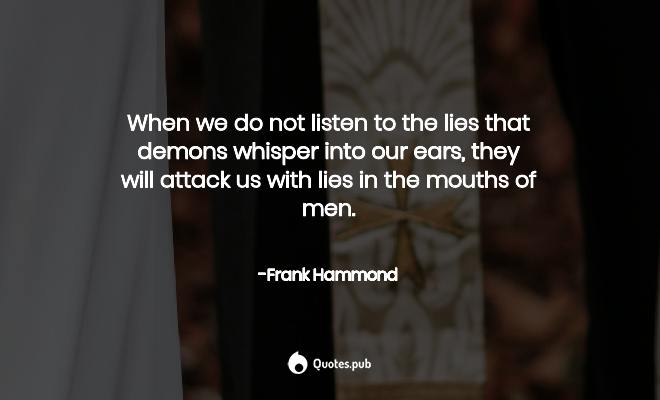 When we do not listen to the lies that demons whisper into our ears, they will attack us with lies in the mouths of men. 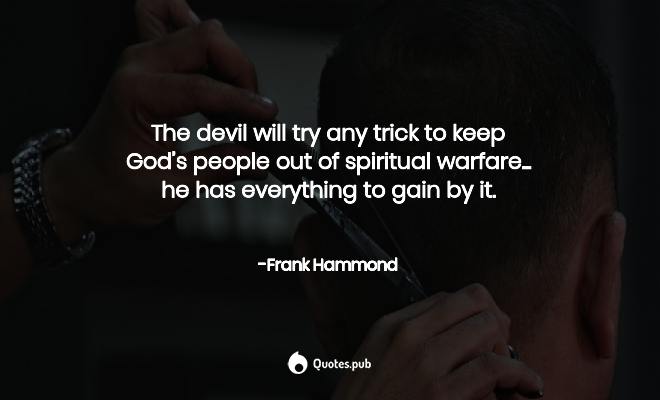 The devil will try any trick to keep God’s people out of spiritual warfare... he has everything to gain by it. 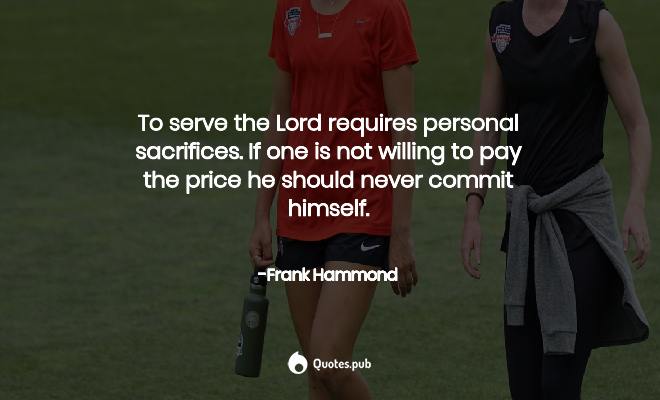 To serve the Lord requires personal sacrifices. If one is not willing to pay the price he should never commit himself.

Download
God’s way of training requires the constant exercise of an individual’s spiritual senses so that he will train himself to discern good from evil. When a child is rightly trained, he will listen to the voice of the Spirit in times of temptation; and, when he is confronted with the . . . Read more 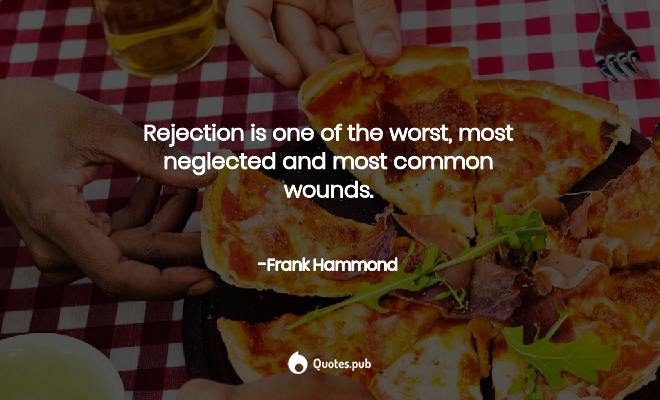 Rejection is one of the worst, most neglected and most common wounds. 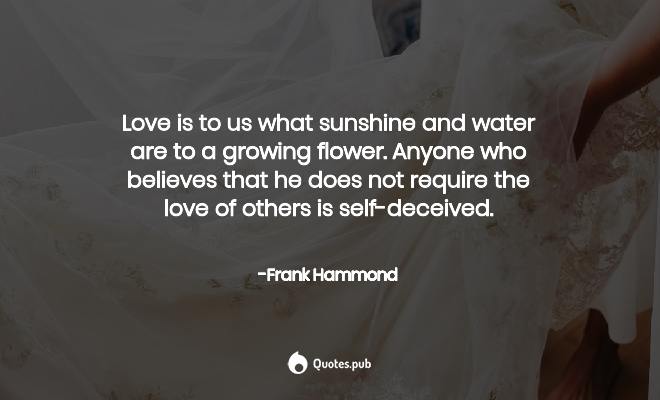 Love is to us what sunshine and water are to a growing flower. Anyone who believes that he does not require the love of others is self-deceived. 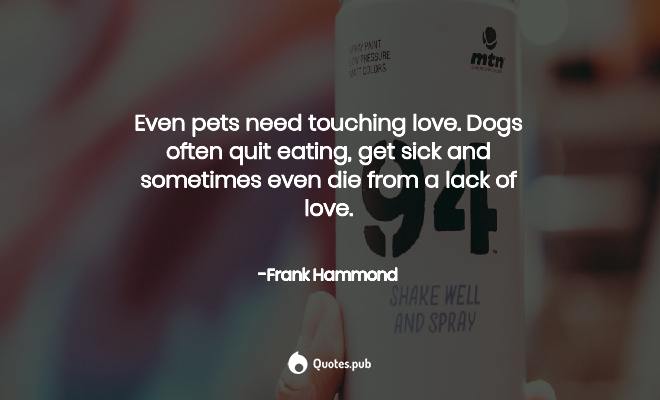 Even pets need touching love. Dogs often quit eating, get sick and sometimes even die from a lack of love. 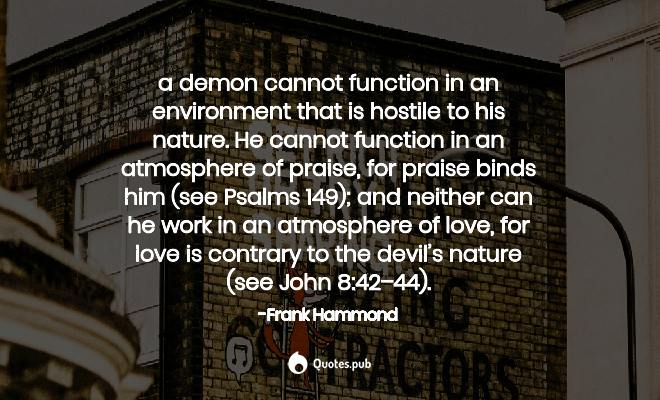