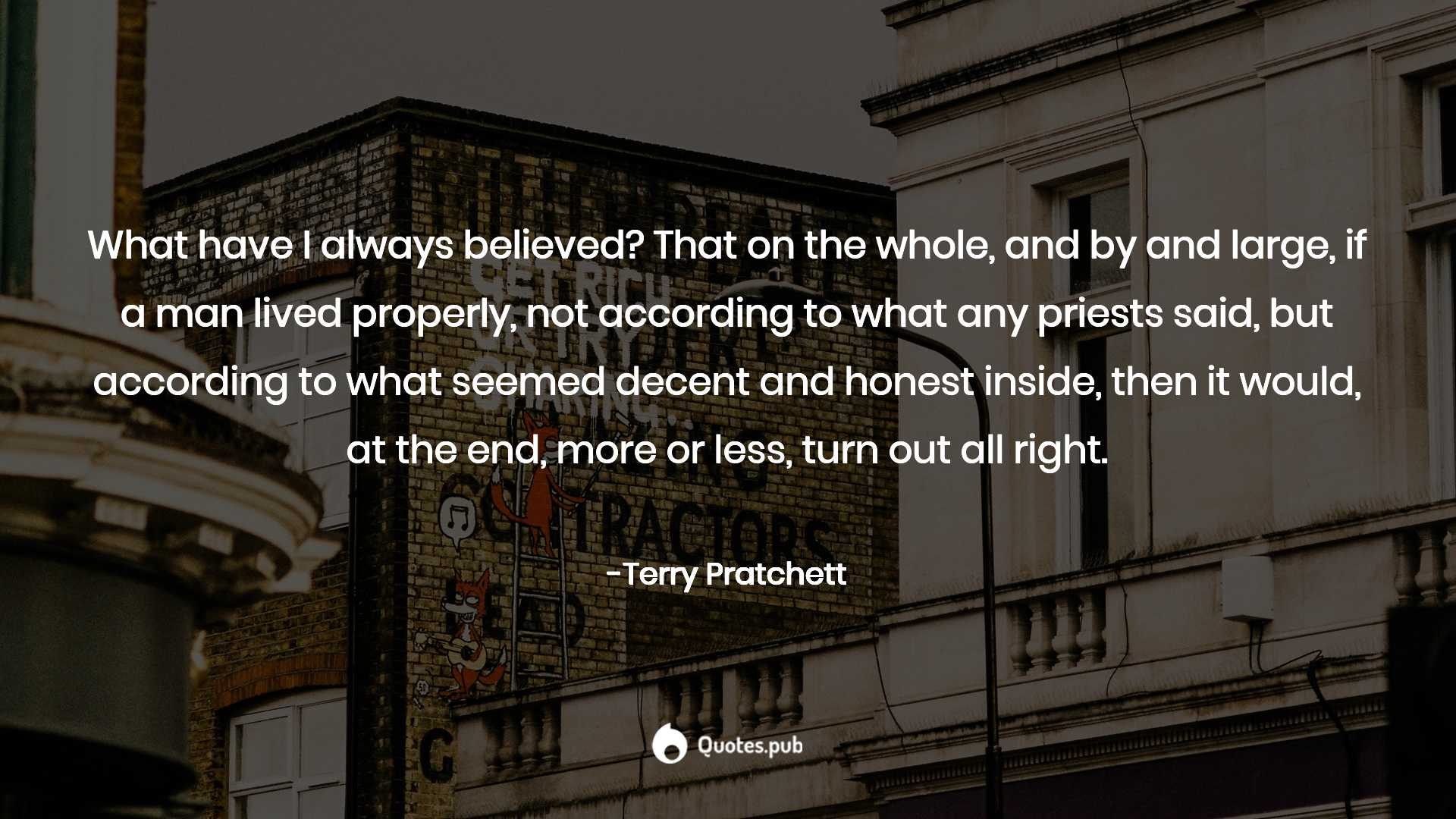 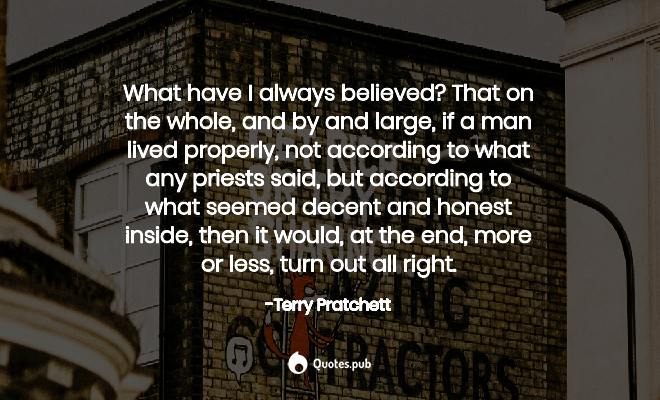 What have I always believed? That on the whole, and by and large, if a man lived properly, not according to what any priests said, but according to what seemed decent and honest inside, then it would, at the end, more or less, turn out all right. 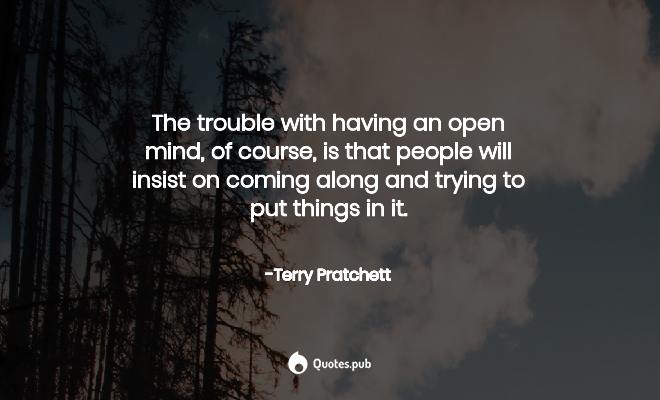 The trouble with having an open mind, of course, is that people will insist on coming along and trying to put things in it. 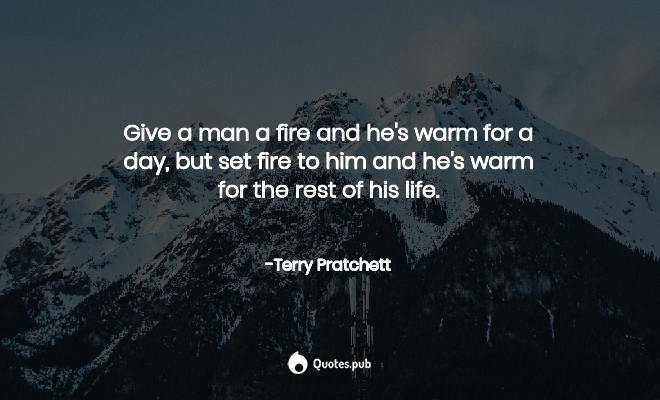 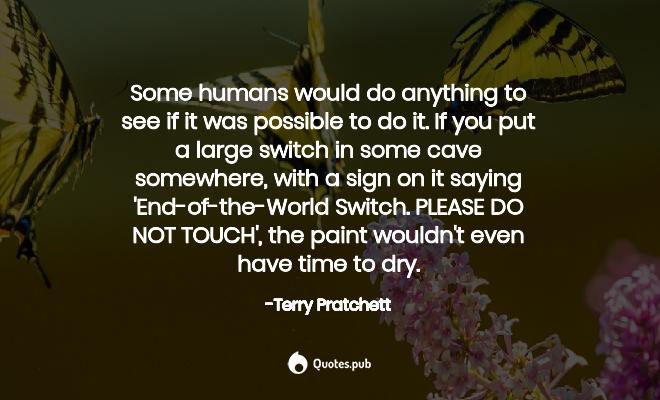 Some humans would do anything to see if it was possible to do it. If you put a large switch in some cave somewhere, with a sign on it saying 'End-of-the-World Switch. PLEASE DO NOT TOUCH', the paint wouldn't even have time to dry. 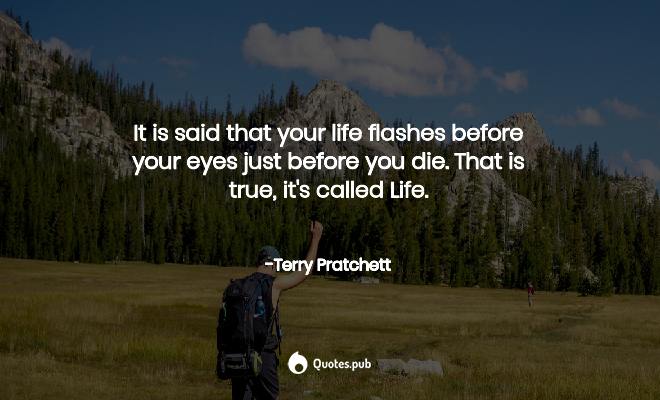 It is said that your life flashes before your eyes just before you die. That is true, it's called Life. 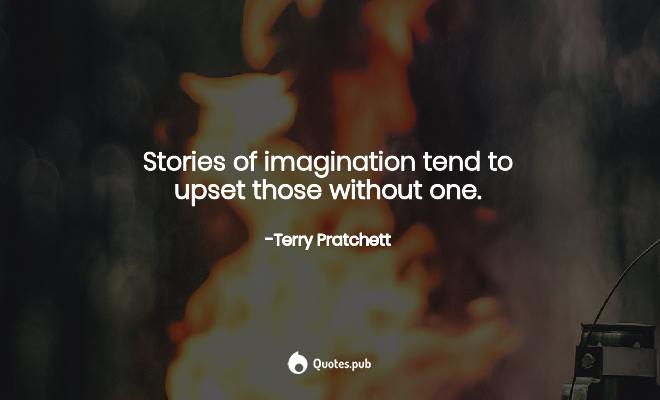 Stories of imagination tend to upset those without one. 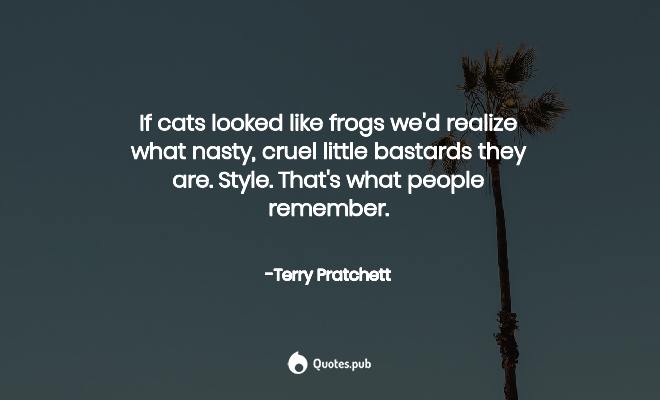 If cats looked like frogs we'd realize what nasty, cruel little bastards they are. Style. That's what people remember. 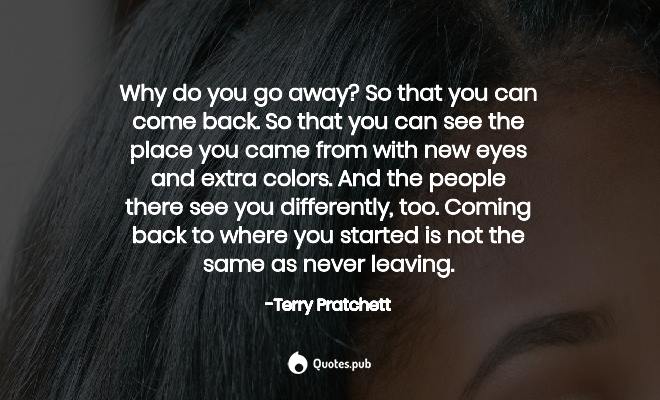 Why do you go away? So that you can come back. So that you can see the place you came from with new eyes and extra colors. And the people there see you differently, too. Coming back to where you started is not the same as never leaving. 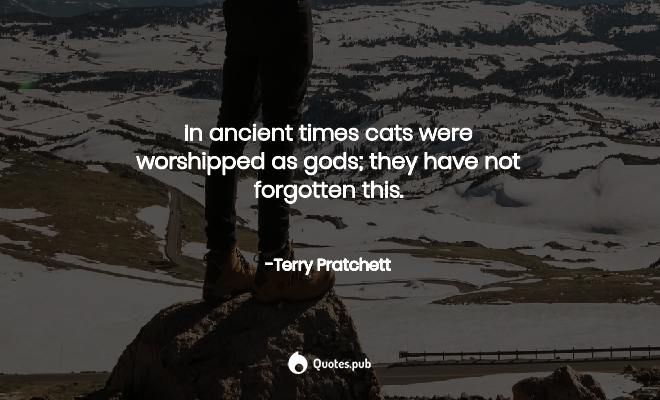 In ancient times cats were worshipped as gods; they have not forgotten this.