Today's Republican Party...is an insurgent outlier. It has become ideologically extreme; contemptuous of the inherited social and economic policy regime; scornful of compromise; unpersuaded by conventional understanding of facts, evidence, and science; and dismissive of the legitimacy of its political opposition, all but declaring war on the government. The Democratic Party, while no paragon of civic virtue, is more ideologically centered and diverse, protective of the government's role as it developed over the course of the last century, open to incremental changes in policy fashioned through bargaining with the Republicans, and less disposed to or adept at take-no-prisoners conflict between the parties. This asymmetry between the parties, which journalists and scholars often brush aside or whitewash in a quest for "balance," constitutes a huge obstacle to effective governance.

Since the debt limit simply accommodates debt that has already been incurred, raising it should, in theory, be perfunctory. But politicians have found it a useful shibboleth for showing their fealty fiscal discipline, even as they vote to ratify the debts their previous actions have a . . . Read more 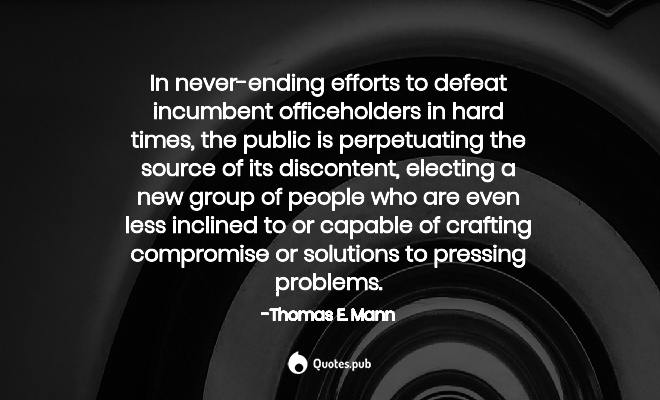 In never-ending efforts to defeat incumbent officeholders in hard times, the public is perpetuating the source of its discontent, electing a new group of people who are even less inclined to or capable of crafting compromise or solutions to pressing problems. 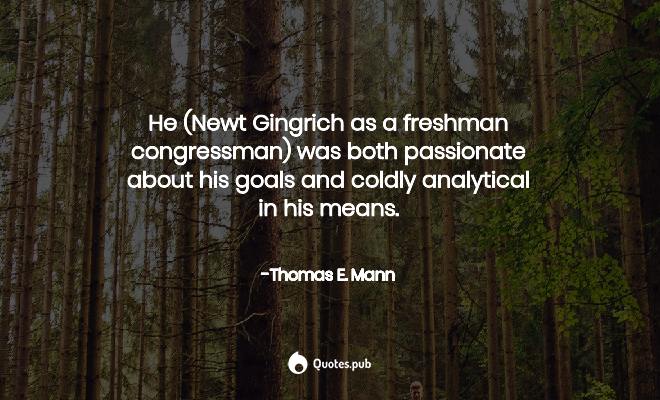 He (Newt Gingrich as a freshman congressman) was both passionate about his goals and coldly analytical in his means.

Download
the limits amplified the corrosive effects of ambition on the legislators, who focused from day one on how best to use their limited time as a springboard to their next post. That produced incentives to go for a big, short-term splash and leave the long-term mess to the next wave of their successors.

The single-minded focus on scoring political points over solving problems, escalating over the last several decades, has reached a level of such intensity and bitterness that the government seems incapable of taking and sustaining public decisions responsive to the existential challen . . . Read more 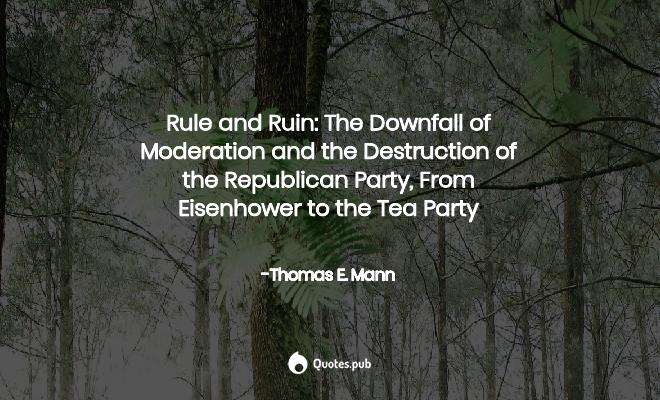 Rule and Ruin: The Downfall of Moderation and the Destruction of the Republican Party, From Eisenhower to the Tea Party