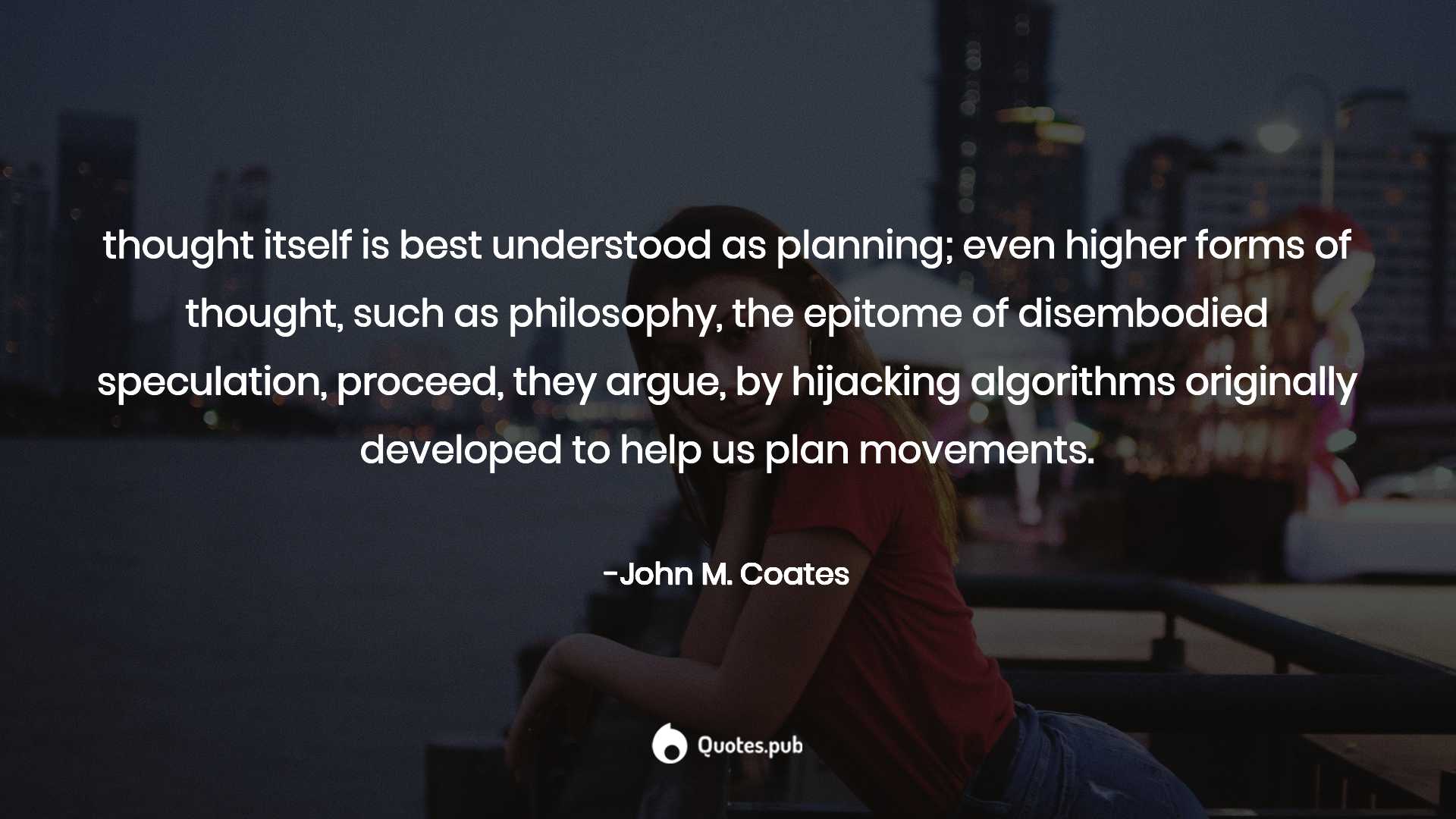 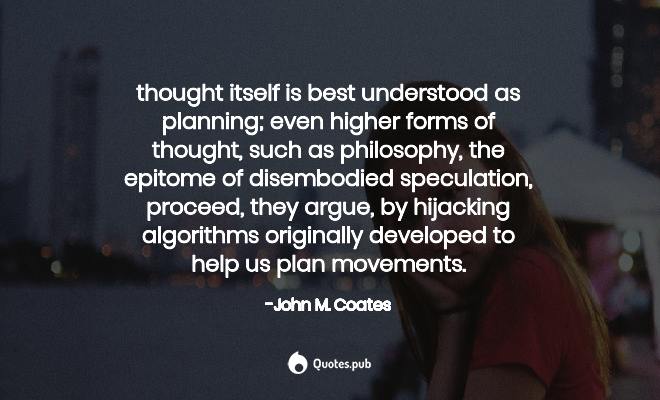 thought itself is best understood as planning; even higher forms of thought, such as philosophy, the epitome of disembodied speculation, proceed, they argue, by hijacking algorithms originally developed to help us plan movements.

Topics : The Hour Between Dog and Wolf: How Risk Taking Transforms Us Quotes Body and mind Quotes

hubris syndrome. This syndrome is characterized by recklessness, an inattention to detail, overwhelming self-confidence and contempt for others; all of which, he observes, “can result in disastrous leadership and cause damage on a large scale.” The syndrome, he continues, “is a . . . Read more 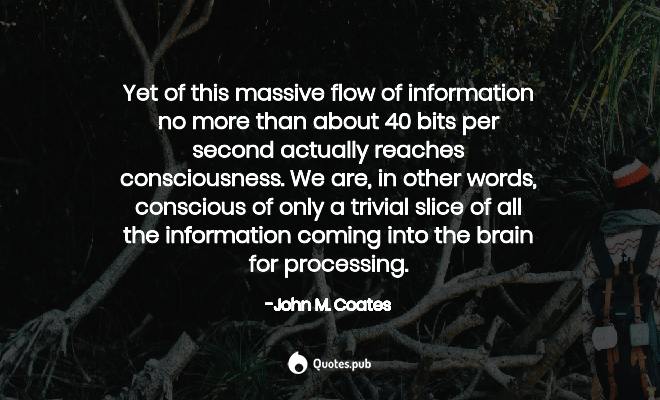 Yet of this massive flow of information no more than about 40 bits per second actually reaches consciousness. We are, in other words, conscious of only a trivial slice of all the information coming into the brain for processing. 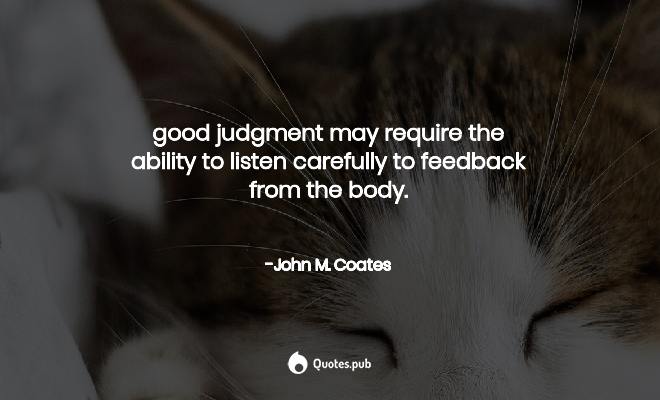 good judgment may require the ability to listen carefully to feedback from the body. 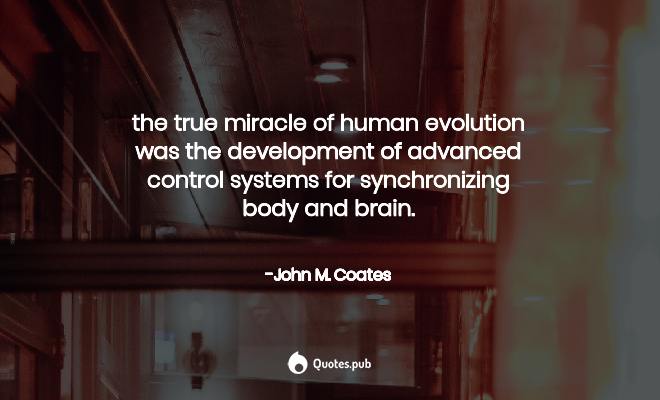 the true miracle of human evolution was the development of advanced control systems for synchronizing body and brain. 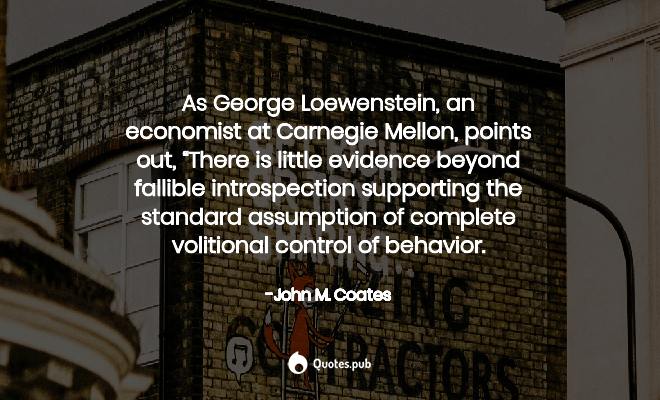 As George Loewenstein, an economist at Carnegie Mellon, points out, “There is little evidence beyond fallible introspection supporting the standard assumption of complete volitional control of behavior. 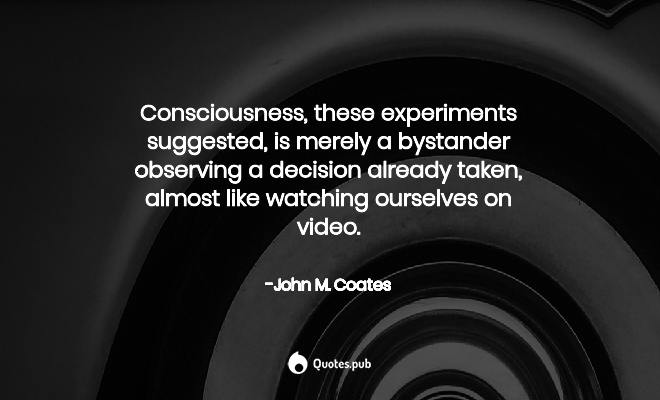 Consciousness, these experiments suggested, is merely a bystander observing a decision already taken, almost like watching ourselves on video. 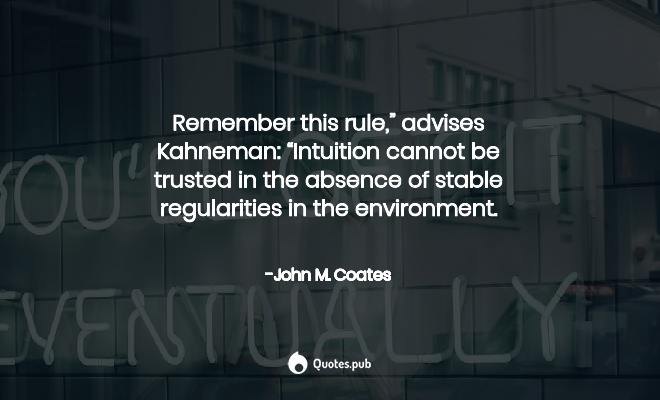 Remember this rule,” advises Kahneman: “Intuition cannot be trusted in the absence of stable regularities in the environment.