Though I obviously have no proof of this, the one aspect of life that seems clear to me is that good people do whatever they believe is the right thing to do. Being virtuous is hard, not easy. The idea of doing good things simply because you're good seems like a zero-sum game; I'm not even sure those actions would still qualify as 'good,' since they'd merely be a function of normal behavior. Regardless of what kind of god you believe in--a loving god, a vengeful god, a capricious god, a snooty beret-wearing French god, or whatever--one has to assume that you can't be penalized for doing the things you believe to be truly righteous and just. Certainly, this creates some pretty glaring problems: Hitler may have thought he was serving God. Stalin may have thought he was serving God (or something vaguely similar). I'm certain Osama bin Laden was positive he was serving God. It's not hard to fathom that all of those maniacs were certain that what they were doing was right. Meanwhile, I constantly do things that I know are wrong; they're not on the same scale as incinerating Jews or blowing up skyscrapers, but my motivations might be worse. I have looked directly into the eyes of a woman I loved and told her lies for no reason, except that those lies would allow me to continue having sex with another woman I cared about less. This act did not kill 20 million Russian peasants, but it might be more 'diabolical' in a literal sense. If I died and found out I was going to hell and Stalin was in heaven, I would note the irony, but I couldn't complain. I don't make the fucking rules. 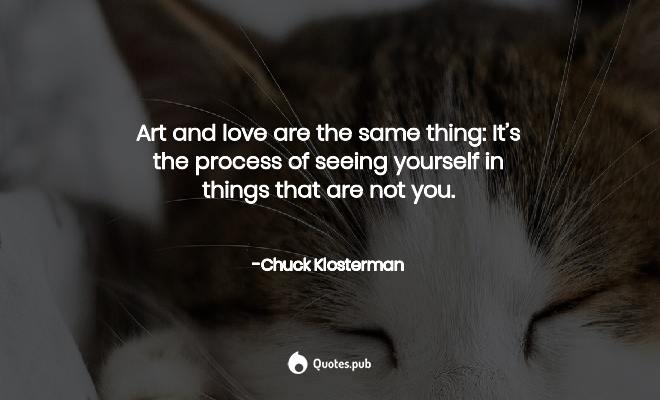 Art and love are the same thing: It’s the process of seeing yourself in things that are not you.

Download
We all have the potential to fall in love a thousand times in our lifetime. It's easy. The first girl I ever loved was someone I knew in sixth grade. Her name was Missy; we talked about horses. The last girl I love will be someone I haven't even met yet, probably. They all count. But . . . Read more 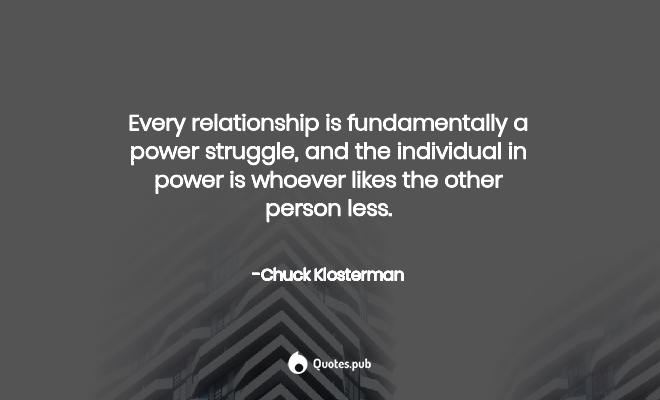 Every relationship is fundamentally a power struggle, and the individual in power is whoever likes the other person less. 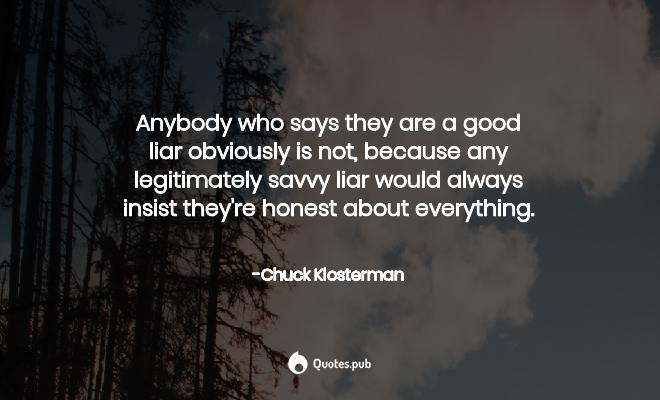 Anybody who says they are a good liar obviously is not, because any legitimately savvy liar would always insist they're honest about everything. 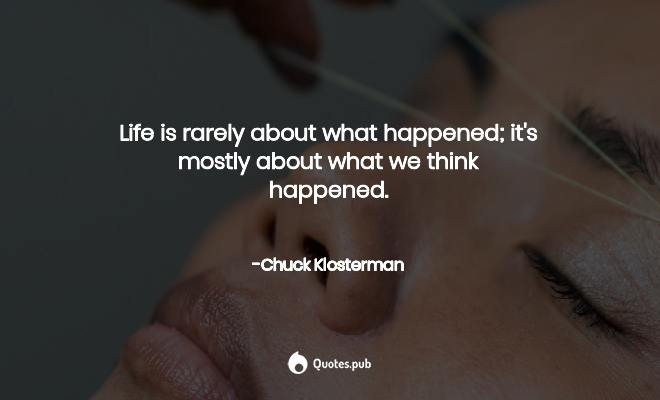 Download
But whenever I meet dynamic, nonretarded Americans, I notice that they all seem to share a single unifying characteristic: the inability to experience the kind of mind-blowing, transcendent romantic relationship they perceive to be a normal part of living. And someone needs to take th . . . Read more