Those of us who stand outside the circle of this society's definition of acceptable women; those of us who have been forged in the crucibles of difference - those of us who are poor, who are lesbians, who are black, who are older - know that survival is not an academic skill...For the master's tools will not dismantle the master's house. They will never allow us to bring about genuine change. 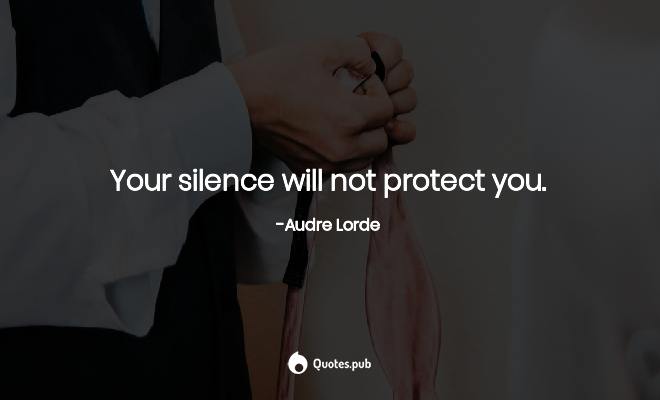 Your silence will not protect you.

If I didn't define myself for myself, I would be crunched into other people's fantasies for me and eaten alive. 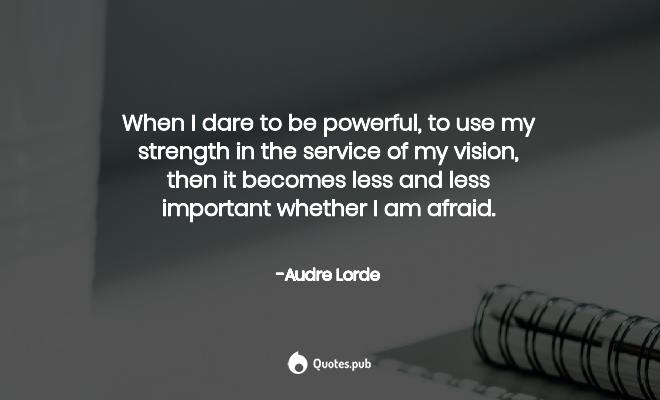 When I dare to be powerful, to use my strength in the service of my vision, then it becomes less and less important whether I am afraid.

Download
I was going to die, sooner or later, whether or not I had even spoken myself. My silences had not protected me. Your silences will not protect you.... What are the words you do not yet have? What are the tyrannies you swallow day by day and attempt to make your own, until you will sic . . . Read more 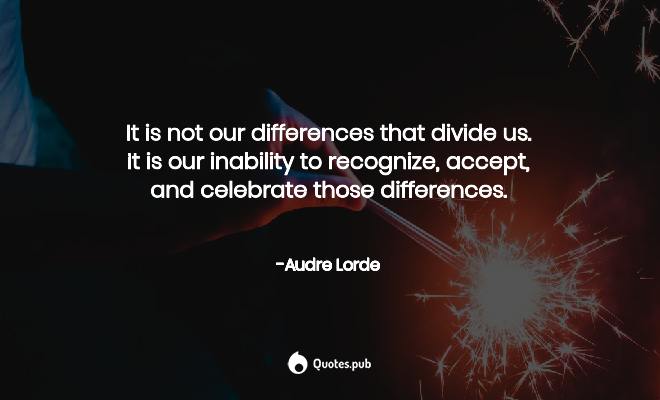 It is not our differences that divide us. It is our inability to recognize, accept, and celebrate those differences. 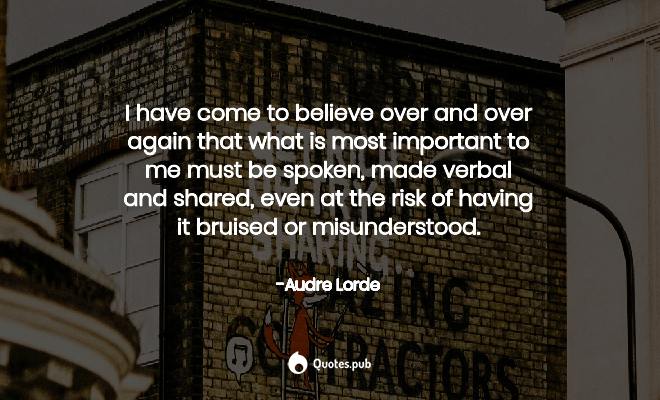 I have come to believe over and over again that what is most important to me must be spoken, made verbal and shared, even at the risk of having it bruised or misunderstood.