There you are,” I told my mother, standing in the hot breeze that had entered along with the rattle of traffic and the voices in the street. “Brooklyn.” My mother turned to Gabe, who was holding her hand. “Show me,” she said again. The strain of this vigil was evident in the shape of his shoulders and the weariness in his eyes. He glanced up at me where I stood by the window and then down at her again. “All right,” he said softly. He got up slowly, pushing back the old dining-room chair. He leaned over the bed, slipping his hands beneath her. I watched in some astonishment as he lifted her, the bedclothes trailing. “Get the door,” he said over his shoulder as he made his way out of the room with our mother in his arms like a child. He turned to his side to fit them both through the passageway, and I overtook them in the living room. We had lined the woodwork here with boric acid, to keep the roaches at bay, and there was something of its pale dust over everything in those days. It sometimes made me recall: sand of Syria and Mount Lebanon. I went ahead to open the door. Gabe slipped through it, our mother in his arms. I followed them down the stairs, astonished, full of objections, but unable to object. I watched him as he gently negotiated the turnings. I wondered briefly if he planned to carry her all the way to the hospital. In the vestibule, the door to the parlor-floor apartment was still patched with plywood. Gabe turned to me and nodded toward the street. My mother’s eyes were closed. In my brother’s arms she seemed as small and light as an infant. I went ahead to pull the first door open, and then slipped around them to get the outer door as well. There was a blast of heat. Gabe carried my mother into the sunlight and down the steps. There were kids on the stoop across the street, there was the tinny music from their transistor radios. They glared, open-mouthed. A pair of dark men passing by looked up as Gabe came down the stairs with my mother in his arms. They walked to the curb, glancing over their shoulders, giving him wide berth. Gabe, too, went to the curb and then turned around to look back up at the house. I rushed to scoop up the sheet and the blanket that was now brushing the sidewalk. “You’re here, Momma,” I heard him say. “Where we’ve always lived.” My mother raised her head. She extricated one thin hand from the winding bedclothes and raised it to her eyes against the sun. She looked down the street and then up at our building, the blue summer light reflecting in the glass of the front door, the bowed parlor window—some plywood there, too—and then up to the fourth floor, where a bit of lace curtain, her handiwork, had been drawn through the opened window. “Not home,” I heard Gabe tell her, reassuring her. “Brooklyn. 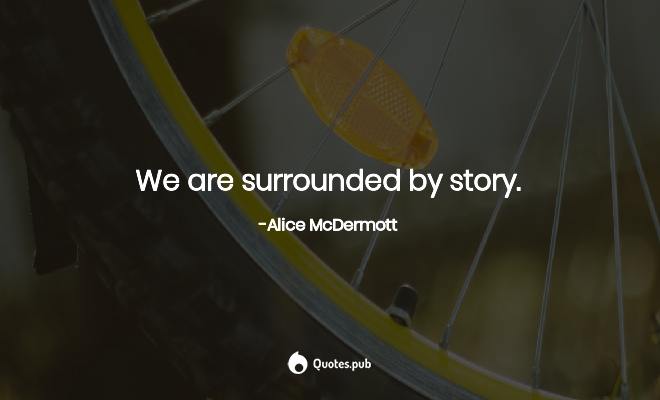 We are surrounded by story. 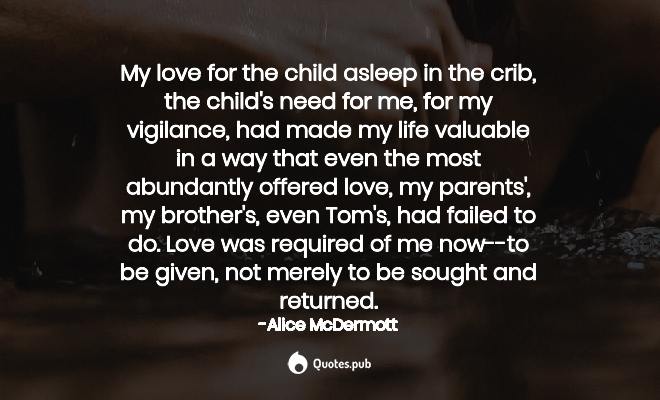 My love for the child asleep in the crib, the child's need for me, for my vigilance, had made my life valuable in a way that even the most abundantly offered love, my parents', my brother's, even Tom's, had failed to do. Love was required of me now--to be given, not merely to be sought and returned.

Download
If you want to see how far we have not come from the cave and the woods, from the lonely and dangerous days of the prarie or the plain, witness the reaction of a modern suburban family, nearly ready for bed, when the doorbell rings or the door is rattled. They will stop where they sta . . . Read more 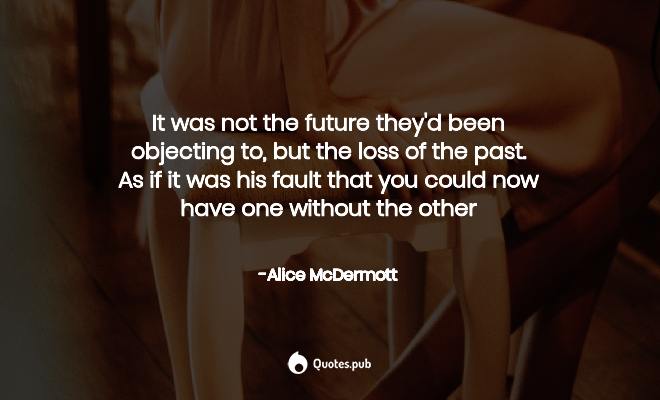 It was not the future they'd been objecting to, but the loss of the past. As if it was his fault that you could now have one without the other

Download
The lesson, I suppose, is that none of us have much control over how we will be remembered. Every life is an amalgam, and it is impossible to know what moments, what foibles, what charms will come to define us once we're gone. All we can do is live our lives fully, be authentically ou . . . Read more

I suppose I've never set out to write a novel in which nothing happens . . . only to write a novel about the lives of certain characters. That nothing 'happens' in their lives is beside the point to me; I'm still interested in how they live, and think, and speak, and make some sense o . . . Read more 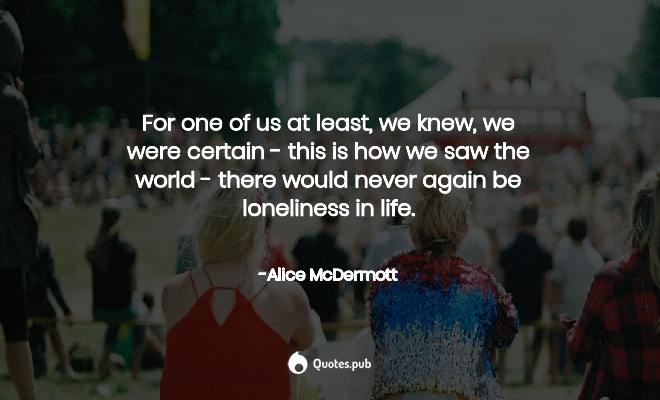 For one of us at least, we knew, we were certain - this is how we saw the world - there would never again be loneliness in life.

Download
We turned onto the last landing. Going out with this guy, I thought, would involve a lot of silly laughter, some wit--the buzz of his whispered wisecracks in my ear. But there would be as well his willingness to reveal, or more his inability to conceal, that he had been silently rehea . . . Read more