The whole question of using the planets for something—something, that is, besides research—ought to be within sight of settlement. Instead, nobody even discusses it any more. And our chances to settle it grow worse every year. Our appropriations are dwindling, as it gets harder and harder to convince the Congress that space flight is really good for anything. You can’t sell the Congress on the long-range rewards of basic research, anyhow; representatives have to stand for election every two years, senators every six years; that’s just about as far ahead as most of them are prepared to look. And suppose we tried to explain to them the basic research we’re doing? We couldn’t; it’s classified! “And above all, Seppi—this may be only my personal ignorance speaking, but if so, I’m stuck with it—above all, I think that by now we ought to have some slight clue toward an interstellar drive. We ought even to have a model, no matter how crude—as crude as a Fourth of July rocket compared to a Coupling engine, but with the principle visible. But we don’t. As a matter of fact, we’ve written off the stars. Nobody I can talk to thinks we’ll ever reach them.

I will be the first. As of tonight, I renounce my citizenship in the United Nations, and my allegiance to the Shelter state. From now on I will be a citizen--a citizen of no country but that bounded by the limits of my own mind. I do not know what those limits are, and I may never fin . . . Read more 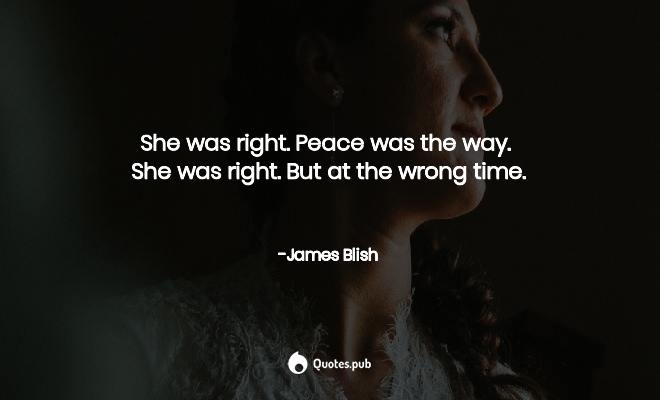 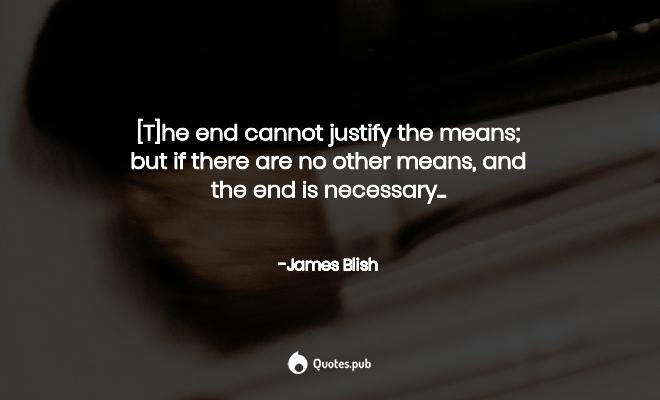 [T]he end cannot justify the means; but if there are no other means, and the end is necessary...

Download
The boundary between the real and the unreal had been let down in Foote's mind, and between the comings and goings of the cloud-shadows and the dark errands of the ghosts there was no longer any way of making a selection. He had entered the cobwebby borderland between the human and th . . . Read more 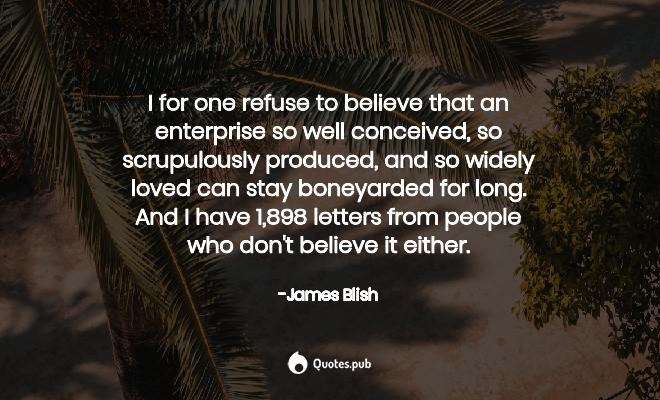 I for one refuse to believe that an enterprise so well conceived, so scrupulously produced, and so widely loved can stay boneyarded for long.And I have 1,898 letters from people who don't believe it either.

Download
True, most of the people he had known personally were pleasant people who were far from short either of money or good will -- people who would not hesitate to help someone in trouble if they could, or thought they could. By the same token, most of the fiction he had read had been abou . . . Read more 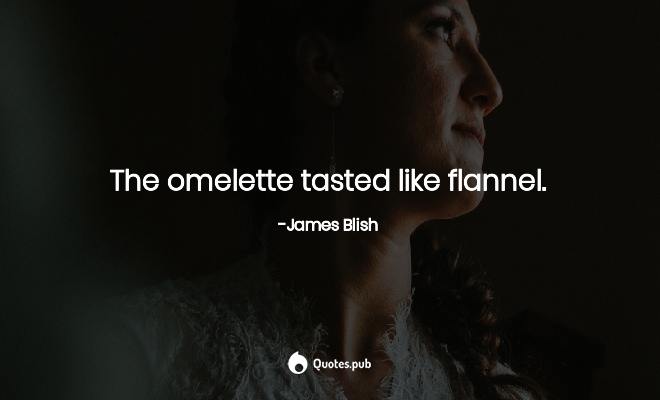 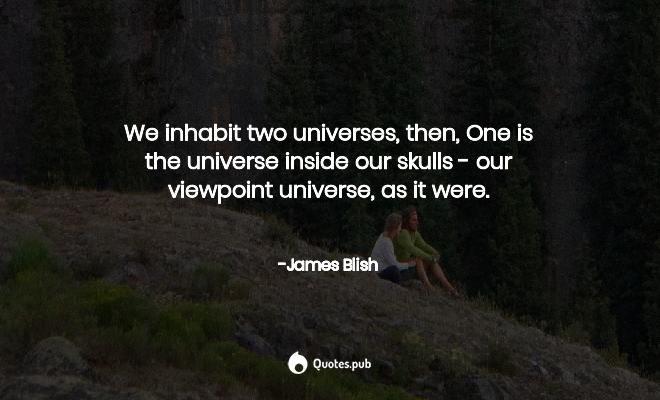 We inhabit two universes, then, One is the universe inside our skulls - our viewpoint universe, as it were.