The stuff of nightmare is their plain bread. They butter it with pain. They set their clocks by deathwatch beetles, and thrive the centuries. They were the men with the leather-ribbon whips who sweated up the Pyramids seasoning it with other people's salt and other people's cracked hearts. They coursed Europe on the White Horses of the Plague. They whispered to Caesar that he was mortal, then sold daggers at half-price in the grand March sale. Some must have been lazing clowns, foot props for emperors, princes, and epileptic popes. Then out on the road, Gypsies in time, their populations grew as the world grew, spread, and there was more delicious variety of pain to thrive on. The train put wheels under them and here they run down the log road out of the Gothic and baroque; look at their wagons and coaches, the carving like medieval shrines, all of it stuff once drawn by horses, mules, or, maybe, men. 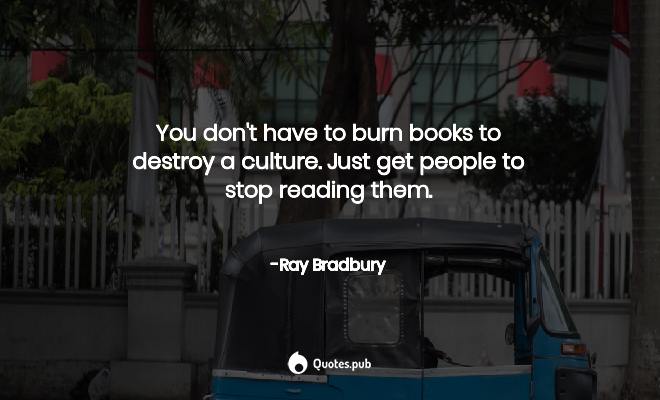 You don't have to burn books to destroy a culture. Just get people to stop reading them. 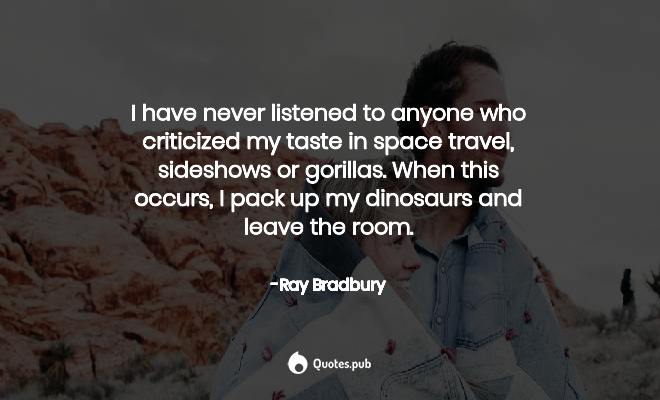 I have never listened to anyone who criticized my taste in space travel, sideshows or gorillas. When this occurs, I pack up my dinosaurs and leave the room. 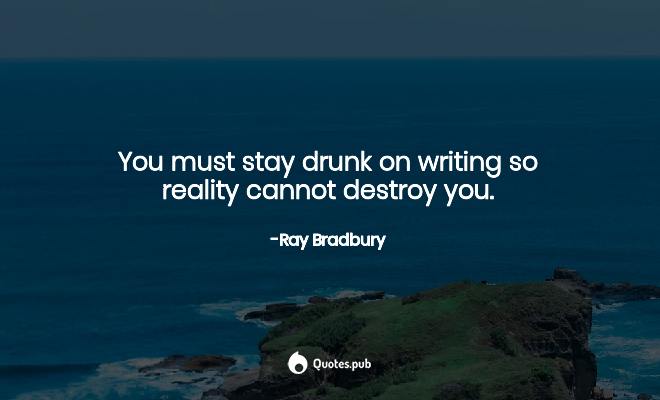 You must stay drunk on writing so reality cannot destroy you. 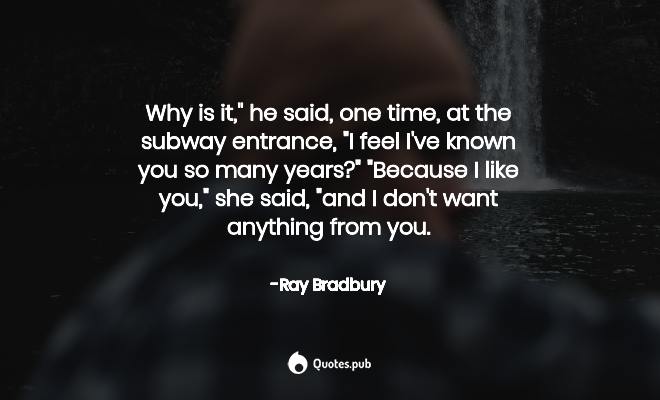 Why is it," he said, one time, at the subway entrance, "I feel I've known you so many years?""Because I like you," she said, "and I don't want anything from you. 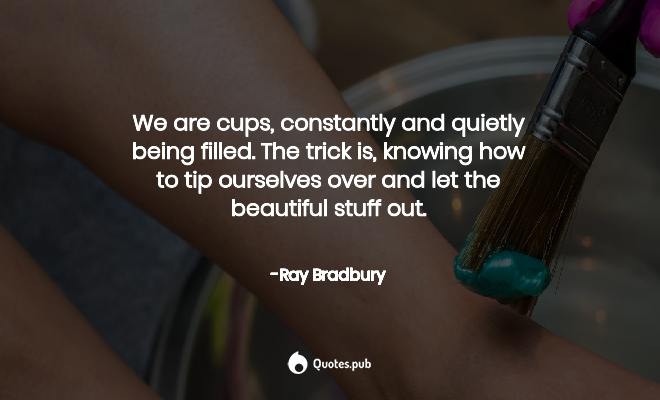 We are cups, constantly and quietly being filled. The trick is, knowing how to tip ourselves over and let the beautiful stuff out. 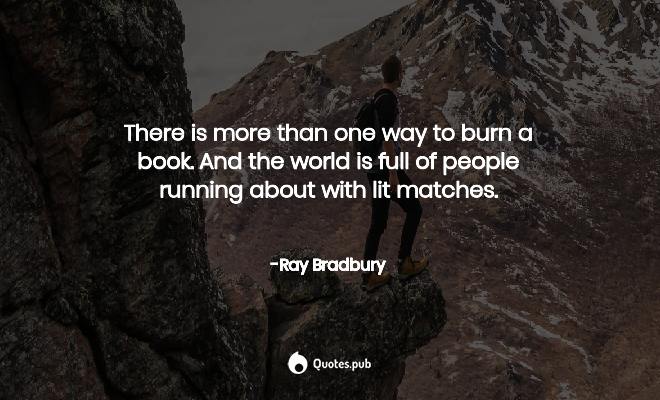 There is more than one way to burn a book. And the world is full of people running about with lit matches. 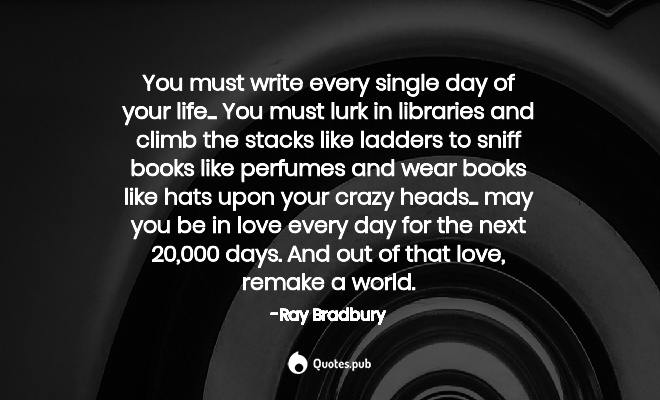 You must write every single day of your life... You must lurk in libraries and climb the stacks like ladders to sniff books like perfumes and wear books like hats upon your crazy heads... may you be in love every day for the next 20,000 days. And out of that love, remake a world. 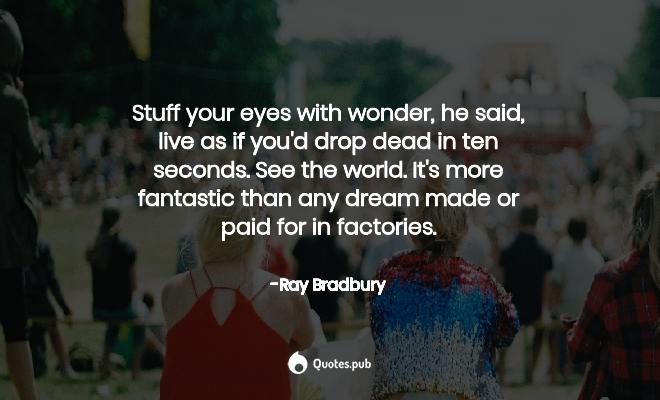 Stuff your eyes with wonder, he said, live as if you'd drop dead in ten seconds. See the world. It's more fantastic than any dream made or paid for in factories.