The patriarchal family was only the most recent in a string of 'primary' social organizations, all of which defined woman as a different species due to her unique childbearing capacity. The term family was first used by the Romans to denote a social unit the head of which ruled over wife, children, and slaves - under Roman law he was invested with the rights of life and death over them all; famulus means domestic slave, and familia is the total number of slaves belonging to one man.

Topics : The Dialectic of Sex: The Case for Feminist Revolution Quotes 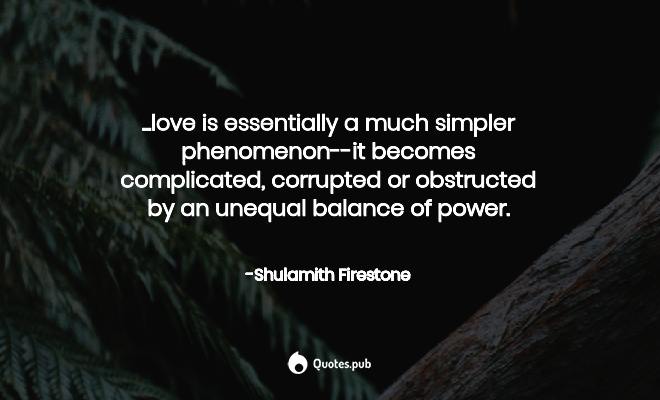 ...love is essentially a much simpler phenomenon--it becomes complicated, corrupted or obstructed by an unequal balance of power. 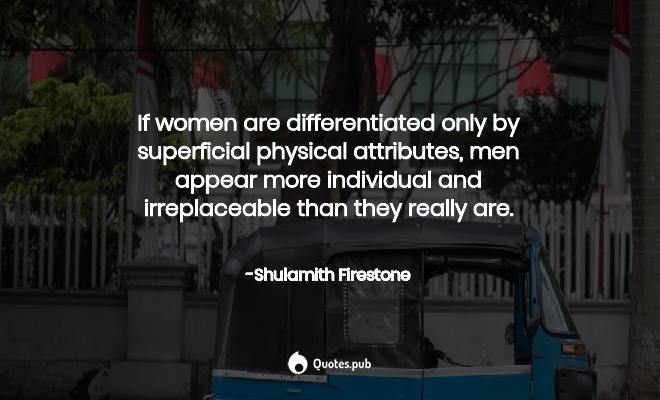 If women are differentiated only by superficial physical attributes, men appear more individual and irreplaceable than they really are. 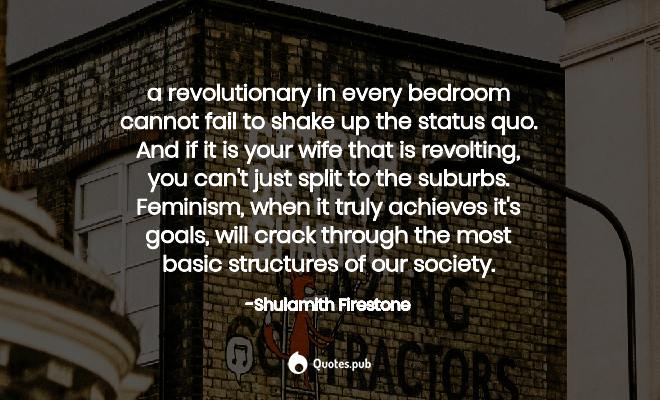 a revolutionary in every bedroom cannot fail to shake up the status quo. And if it is your wife that is revolting, you can't just split to the suburbs. Feminism, when it truly achieves it's goals, will crack through the most basic structures of our society. 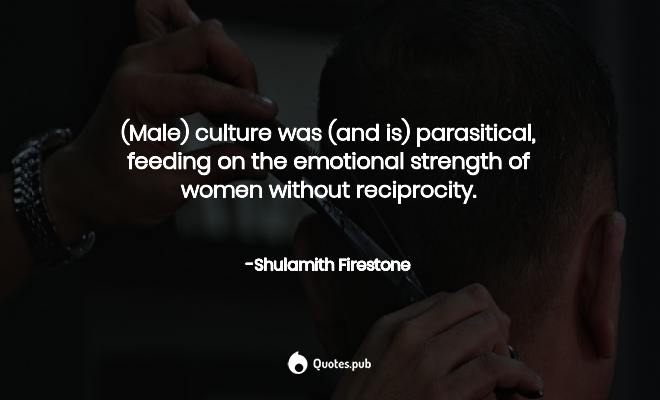 (Male) culture was (and is) parasitical, feeding on the emotional strength of women without reciprocity. 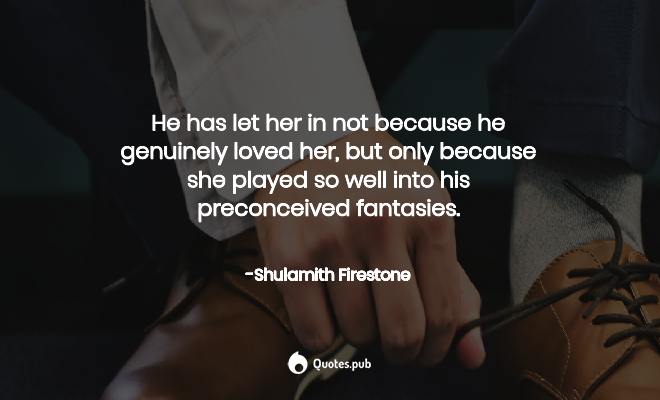 He has let her in not because he genuinely loved her, but only because she played so well into his preconceived fantasies. 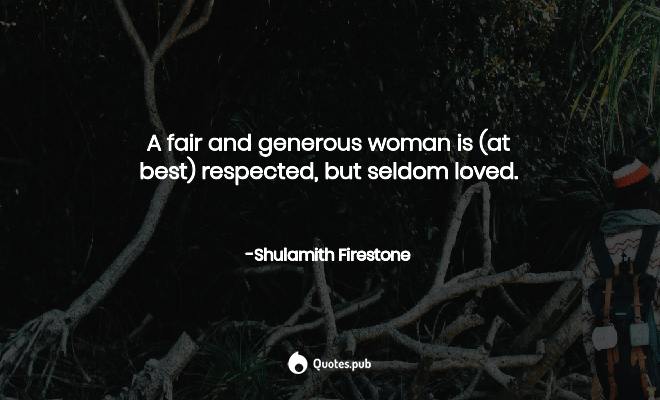 A fair and generous woman is (at best) respected, but seldom loved. 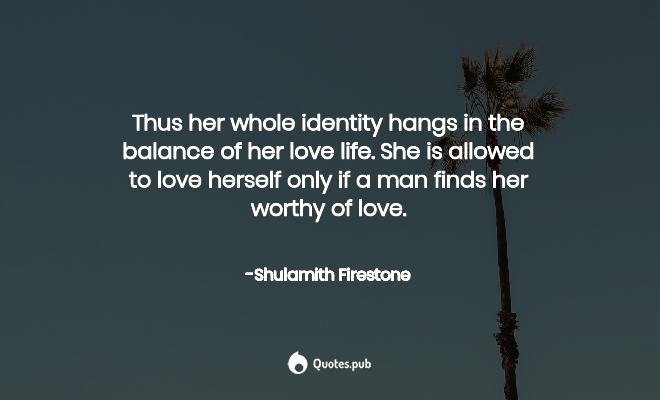 Thus her whole identity hangs in the balance of her love life. She is allowed to love herself only if a man finds her worthy of love. 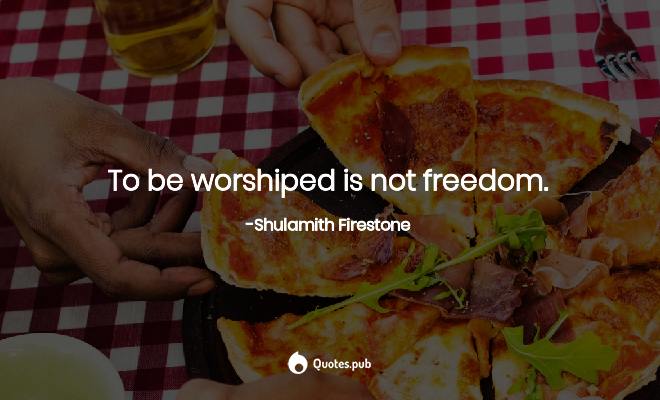 To be worshiped is not freedom.