The Four Noble Truths are pragmatic rather than dogmatic. They suggest a course of action to be followed rather than a set of dogmas to be believed. The four truths are prescriptions for behavior rather than descriptions of reality. The Buddha compares himself to a doctor who offers a course of therapeutic treatment to heal one’s ills. To embark on such a therapy is not designed to bring one any closer to ‘the Truth’ but to enable one’s life to flourish here and now, hopefully leaving a legacy that will continue to have beneficial repercussions after one’s death. (154) 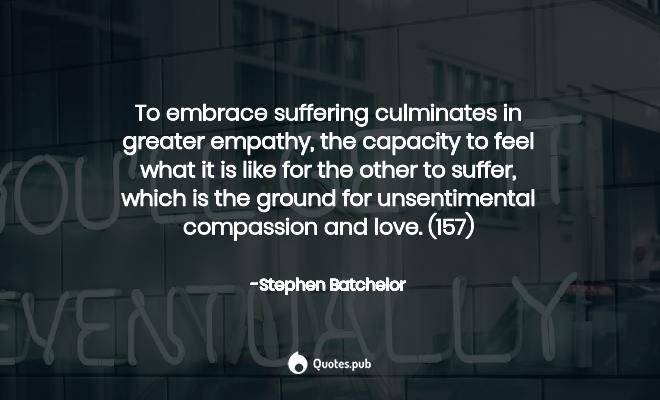 To embrace suffering culminates in greater empathy, the capacity to feel what it is like for the other to suffer, which is the ground for unsentimental compassion and love. (157) 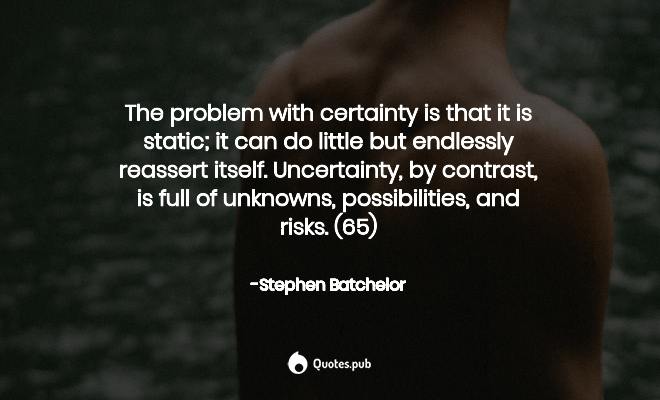 The problem with certainty is that it is static; it can do little but endlessly reassert itself. Uncertainty, by contrast, is full of unknowns, possibilities, and risks. (65)

Download
Great works of art in all cultures succeed in capturing within the constraints of their form both the pathos of anguish and a vision of its resolution. Take, for example, the languorous sentences of Proust or the haiku of Basho, the late quartets and sonatas of Beethoven, the tragicom . . . Read more 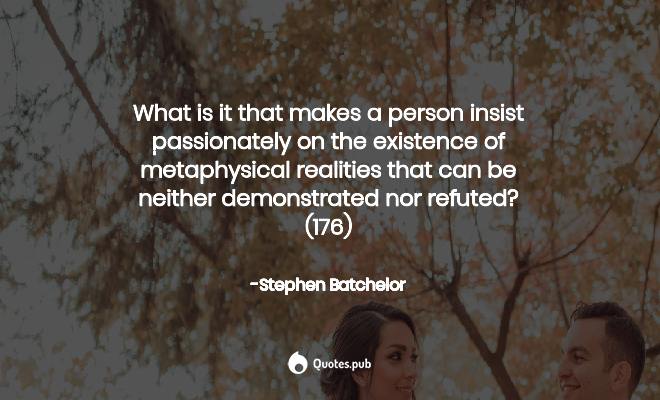 What is it that makes a person insist passionately on the existence of metaphysical realities that can be neither demonstrated nor refuted? (176)

Download
We could decide simply to remain absorbed in the mysterious, unformed, free-play of reality. This would be the choice of the mystic who seeks to extinguish himself in God or Nirvana—analogous perhaps to the tendency among artists to obliterate themselves with alcohol or opiates. But . . . Read more 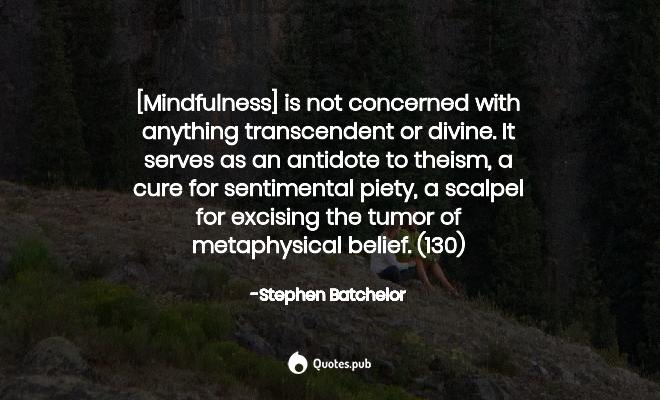 [Mindfulness] is not concerned with anything transcendent or divine. It serves as an antidote to theism, a cure for sentimental piety, a scalpel for excising the tumor of metaphysical belief. (130)

Download
We are participatory beings who inhabit a participatory reality, seeking relationships that enhance our sense of what it means to be alive. In terms of dharma practice, a true friend is more than just someone with whom we share common values and who accepts us for what we are. Such a . . . Read more

Patience is the specific antidote to anger and hatred. It is an attitude of accepting both the harm caused by others and the pains and discomforts found in life instead of angrily retaliating against them. Only in the calm afforded by patient acceptance is one able to clearly discern . . . Read more