That's you," Wrath said. You shall be called the Black Dagger warrior Dhestroyer, descended of Wrath son of Wrath." "But you'll always be Butch to us," Rhage cut in. "As well as hard-ass. Smart-ass. Royal pain in the ass. You know, whatever the situation calls for. I think as long as there's an ASS in there, it'll be accurate." "How about bASStard?" Z suggested. "Nice. I feel that. 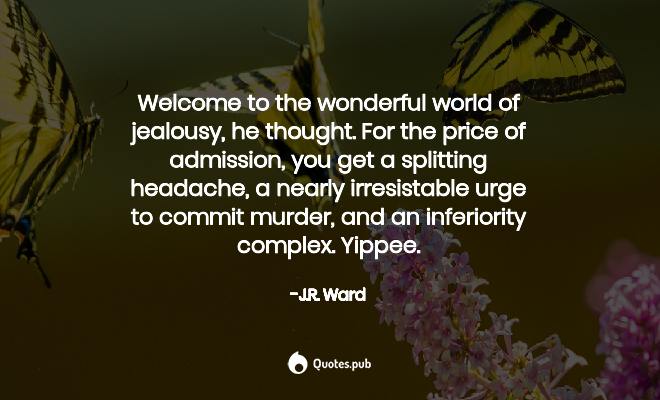 Welcome to the wonderful world of jealousy, he thought. For the price of admission, you get a splitting headache, a nearly irresistable urge to commit murder, and an inferiority complex. Yippee. 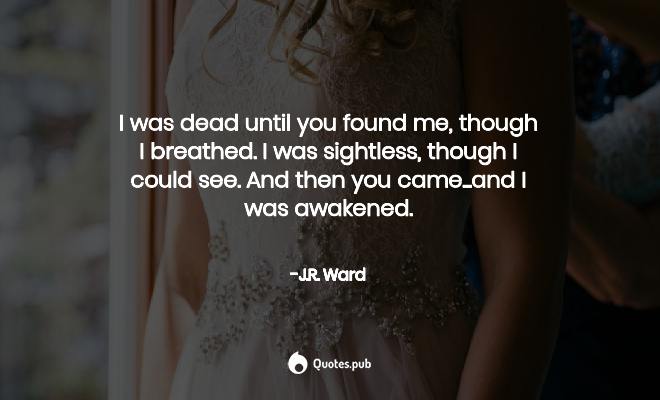 I was dead until you found me, though I breathed. I was sightless, though I could see. And then you came...and I was awakened. 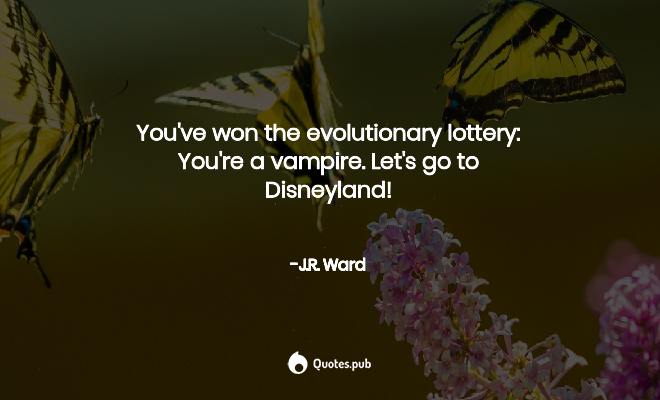 You've won the evolutionary lottery: You're a vampire. Let's go to Disneyland! 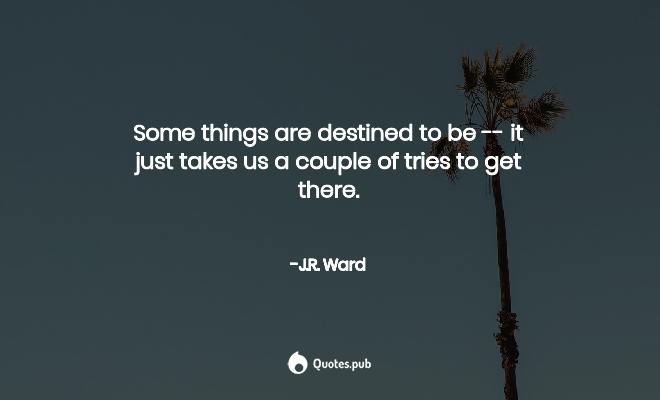 Some things are destined to be -- it just takes us a couple of triesto get there. 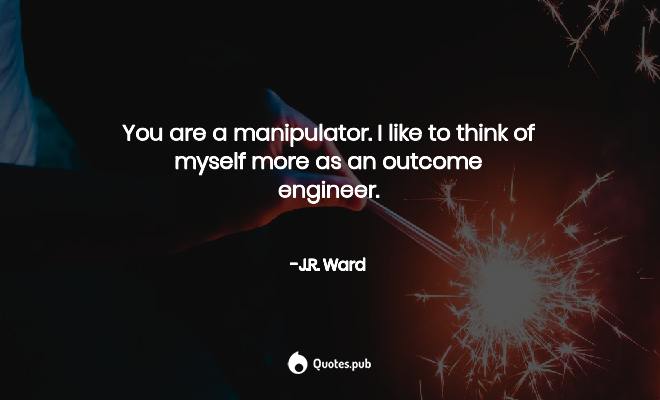 You are a manipulator.I like to think of myself more as an outcome engineer. 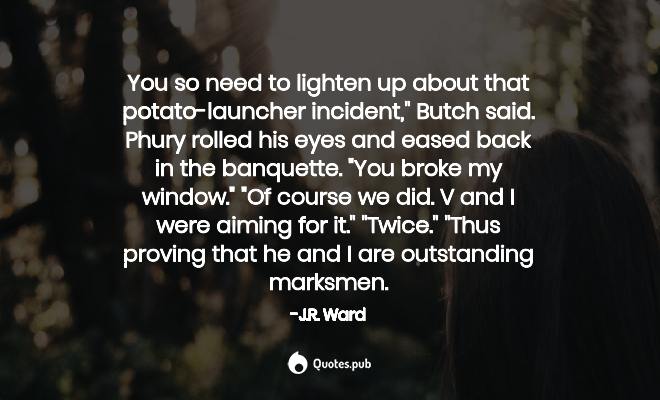 You so need to lighten up about that potato-launcher incident," Butch said.Phury rolled his eyes and eased back in the banquette. "You broke my window.""Of course we did. V and I were aiming for it.""Twice.""Thus proving that he and I are outstanding marksmen. 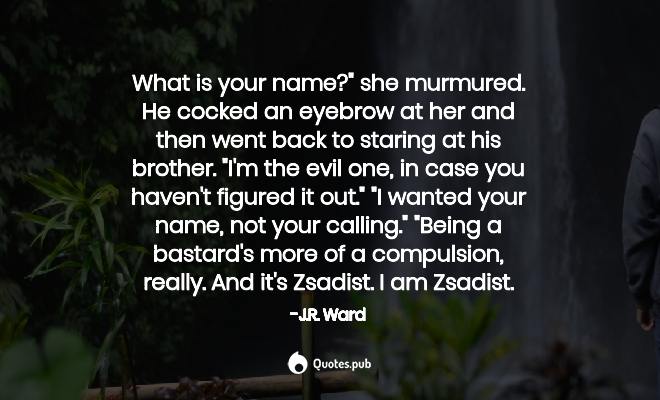 What is your name?" she murmured.He cocked an eyebrow at her and then went back to staring at his brother. "I'm the evil one, in case you haven't figured it out.""I wanted your name, not your calling.""Being a bastard's more of a compulsion, really. And it's Zsadist. I am Zsadist. 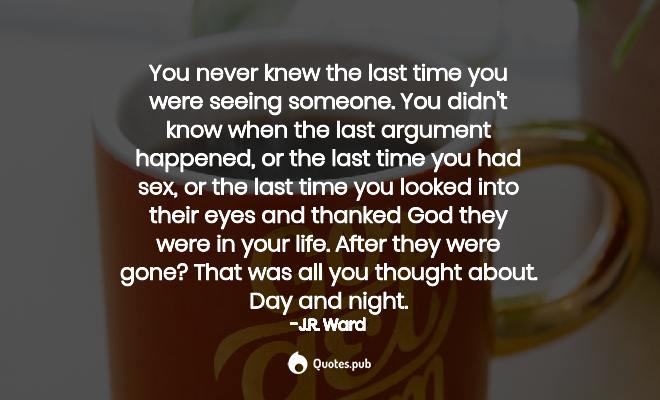