Readin' all those books makes me wonder whether anyone ever dies natural." " They don't," said William mysteriously. " Robert says so. At least he says there's hundreds an' thousands of murders what no one finds out. You see, you c'n only find out a person's died nacheral by cuttin' 'em up an' they've not got time to cut everyone up what dies. They've simply not got the time. They do it like what they do with our desks at school. They jus' open one sometimes to see if it's all right. They've not got time to open 'em all every day. An' same as every time they do open a desk they find it untidy, jus' in the same way whenever they do cut anyone dead up they find he's been poisoned. Practically always. Robert says so. He says that the amount of people who poison people who aren't cut up and don't get found out mus' be enormous. Jus' think of it. People pois'nin' people all over the place an' no one findin' out. If I was a policeman I'd cut everyone dead up. But they aren't any use, policemen aren't. Why, in all those books I've read there hasn't been a single policeman that was any good at all. They simply don't know what to do when anyone murders anyone. Why, you remember in ' The Mystery of the Yellow Windows,' the policemen were s' posed to have searched the room for clues an' they di'n't notice the cigarette end what the murd'rer had left in the fender and what had the address of the people what made it on it an' what was a sort they made special for him. Well, that shows you what the policemen are, dun't it ? I mean, they look very swanky in their hats an' buttons an' all that, but when it comes to a murder or cuttin' dead people up or findin' out murd'rers, they aren't any good at all. Why, in all those myst'ry tales we've read, it's not been the police that found the murd'rers at all. It's been ordinary people same as you an' me jus' usin' common sense an' pickin' up cigarette ends an' such-like. . . . Tell you what it is," he said, warm- ing to his theme, " policemen have gotter be stupid 'cause of their clothes. I mean, all the policemen's clothes are made so big that they've gotter be very big men to fit 'em an' big men are always stupid 'cause of their strength all goin' to their bodies 'stead of their brains. That stands to reason, dun't it ?

Having come to the conclusion that there was so much to do that she didn’t know where to start, Mrs Fowler decided not to start at all. She went to the library, took Diary of a Nobody from the shelves and, returning to her wicker chair under the lime tree, settled down to w . . . Read more 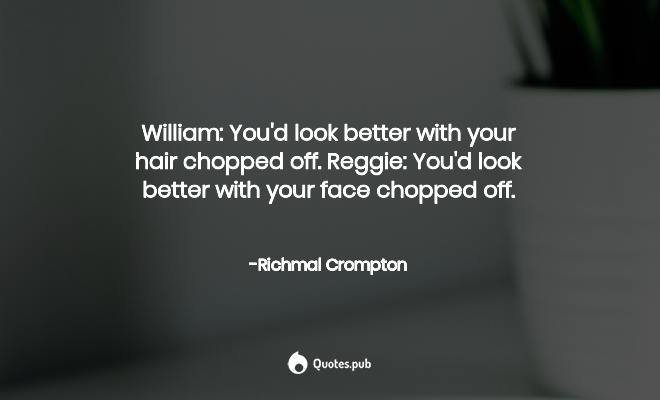 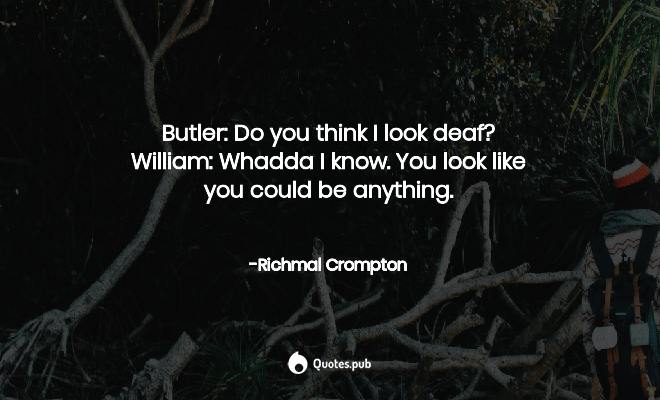 Butler: Do you think I look deaf?William: Whadda I know. You look like you could be anything.

Download
Let's be detectives when we grow up," suggested Douglas. " No," said William. " It's more fun bein' the man that comes along an' finds out all about it when the detectives have stopped tryin'. I'm goin to be one of that sort. I'm goin' to go on readin' myst'ry tales all the t . . . Read more 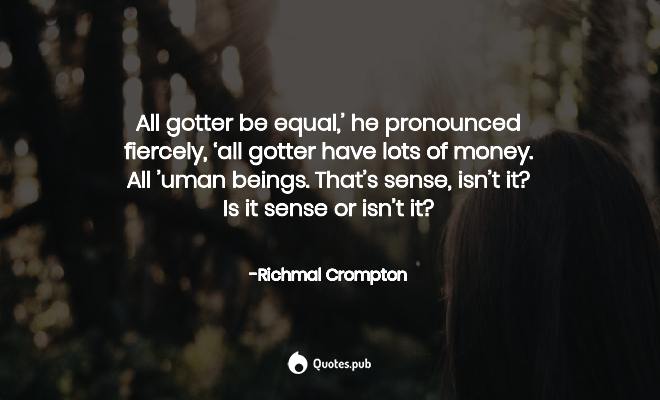 All gotter be equal,’ he pronounced fiercely, ‘all gotter have lots of money. All ’uman beings. That’s sense, isn’t it? Is it sense or isn’t it? 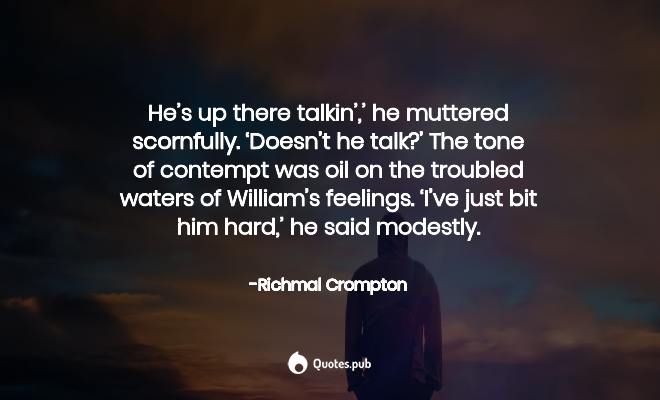 He’s up there talkin’,’ he muttered scornfully. ‘Doesn’t he talk?’ The tone of contempt was oil on the troubled waters of William’s feelings. ‘I’ve just bit him hard,’ he said modestly.