Pessimism is a towering skyscraper eighty stories high in the suburbs of the soul at the end of a long avenue with waste ground on either side and a few poorly-stocked little shops. Several ultra-fast staircases give access to the building, running up from the cellars to the roof-gardens. The comfort of this place leaves nothing to be desired and only the greatest luxury is acceptable, but every Friday the residents gather on the ground floor to read from a bible bound in the skin of a blind man. The psalmic words they intone rise up through the pipes, sigh in the stoves and sweep the chimneys coated inside with black grease which leaves dirt on the skin. Water runs constantly in the bathrooms and the showers beat down on the numbered bodies, peppering them with sand. On Sundays the bed linen unrolls by itself and nobody makes love. For this tower block, like an obscure phallus scraping the vulva of the sky, is usually a hive of sexual activity. The most beautiful woman lives there, but no-one has ever known her. It is said, that dressed in furs and feathers, she keeps herself shut away in a first-floor apartment as if in a white safe. Her windows are scissors which cut short both shadow and breath. Her name is AURORA.

I am imbued with the notion that a Muse is necessarily a dead woman, inaccessible or absent; that a poetic structure - like the canon, which is only a hole surrounded by steel - can be based only on what one does not have; and that ultimately one can write only to fill a void or at th . . . Read more

When the human voice is reduced to being no longer a song, a word, or a cry, but the articulation of the unnamable itself, it is natural that there should be no other sound than the grinding of ice in the polar regions, the light, intermittent crackling of silk in the highest zones of . . . Read more 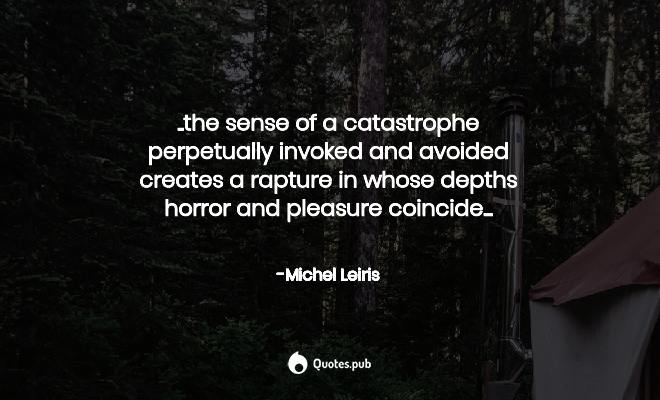 ..the sense of a catastrophe perpetually invoked and avoided creates a rapture in whose depths horror and pleasure coincide... 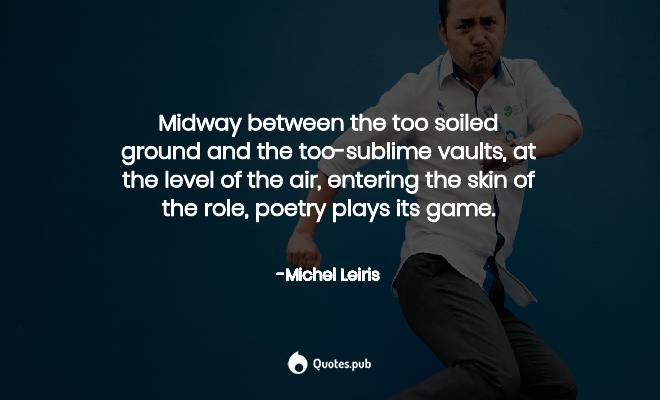 Midway between the too soiled ground and the too-sublime vaults, at the level of the air, entering the skin of the role, poetry plays its game.

Download
…It was this white garment of mourning which he still wore, the white mourning of surgical gowns so much more significant than black, since white is the colour of obliteration whereas black, far from being the colour of emptiness and nothingness, is much more the active shade which . . . Read more 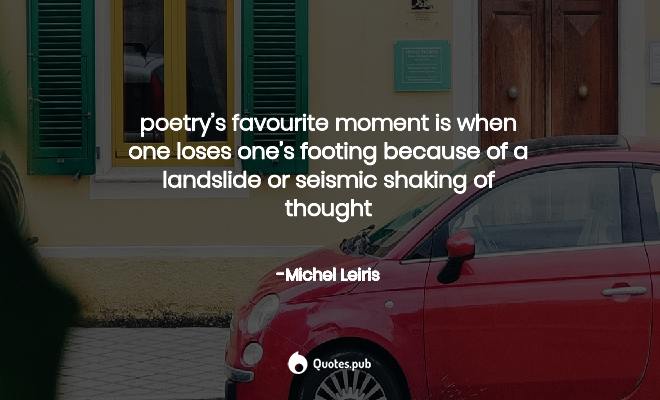