People think that a liar gains a victory over his victim. What I’ve learned is that a lie is an act of self-abdication, because one surrenders one’s reality to the person to whom one lies, making that person one’s master, condemning oneself from then on to faking the sort of reality that person’s view requires to be faked…The man who lies to the world, is the world’s slave from then on…There are no white lies, there is only the blackest of destruction, and a white lie is the blackest of all. 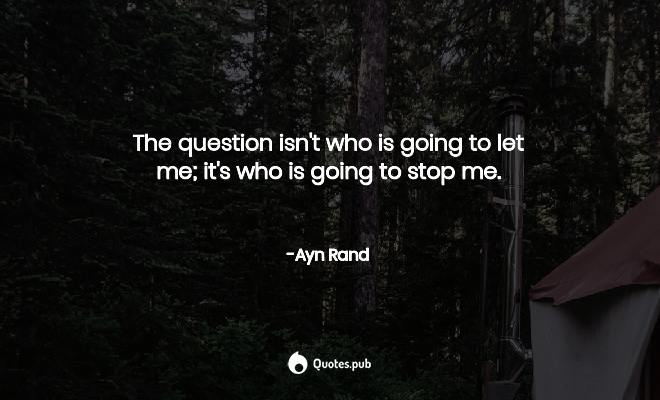 Download
Do not let your fire go out, spark by irreplaceable spark in the hopeless swamps of the not-quite, the not-yet, and the not-at-all. Do not let the hero in your soul perish in lonely frustration for the life you deserved and have never been able to reach. The world you desire can be wo . . . Read more 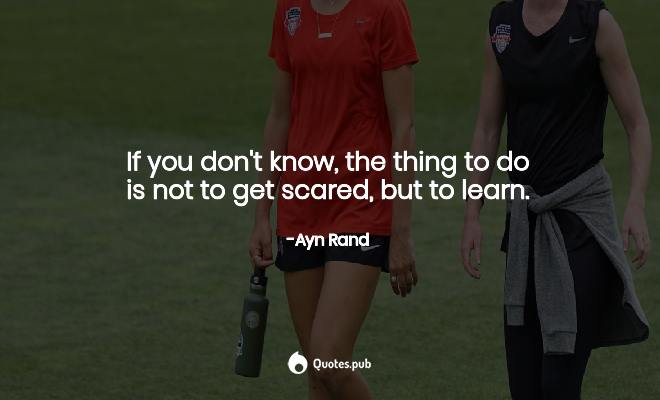 If you don't know, the thing to do is not to get scared, but to learn. 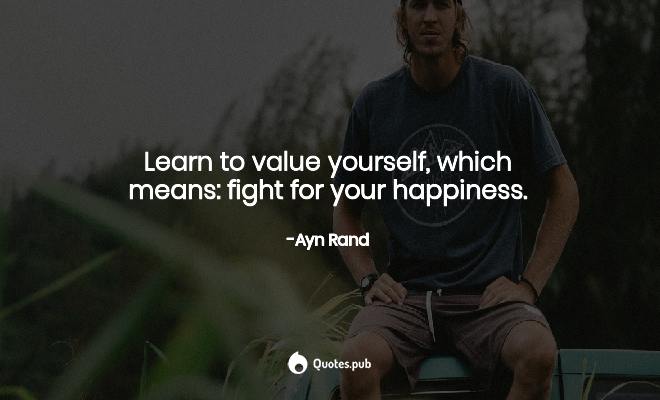 Learn to value yourself, which means: fight for your happiness. 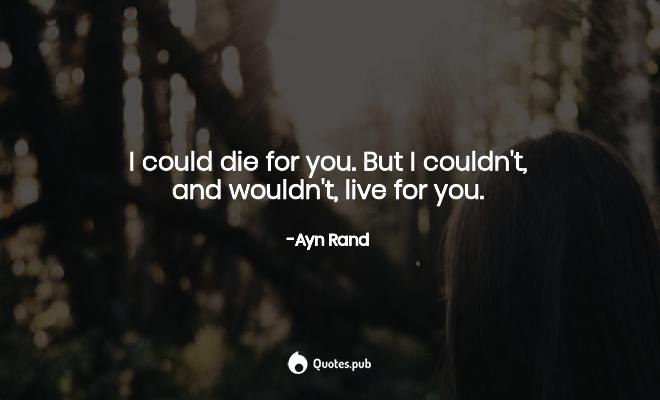 I could die for you. But I couldn't, and wouldn't, live for you. 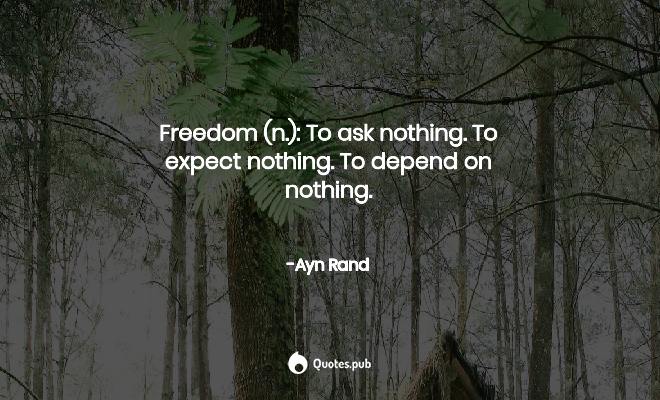 Download
Love is blind, they say; sex is impervious to reason and mocks the power of all philosophers. But, in fact, a person's sexual choice is the result and sum of their fundamental convictions. Tell me what a person finds sexually attractive and I will tell you their entire philosophy of l . . . Read more 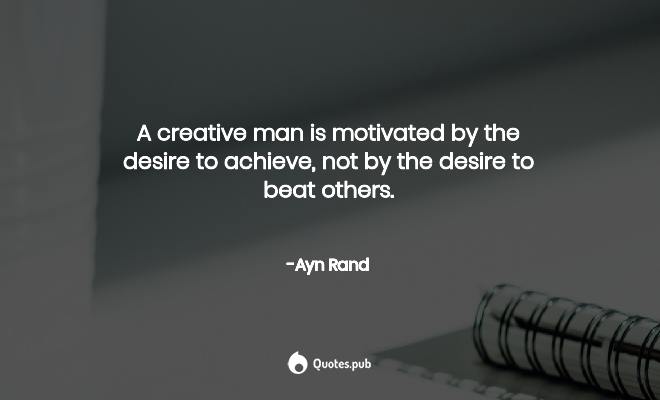