One cannot make command decisions simply by assessing the tactical situation and going ahead with whatever course of action will do the most harm to the enemy with a minimum of death and damage to your own men and materiel. Modern warfare has become very complex, especially during the last century. Wars are won not by a simple series of battles won, but by a complex interrelationship among military victory, economic pressures, logistic maneuvering, access to the enemy’s information, political postures—dozens, literally dozens of factors. 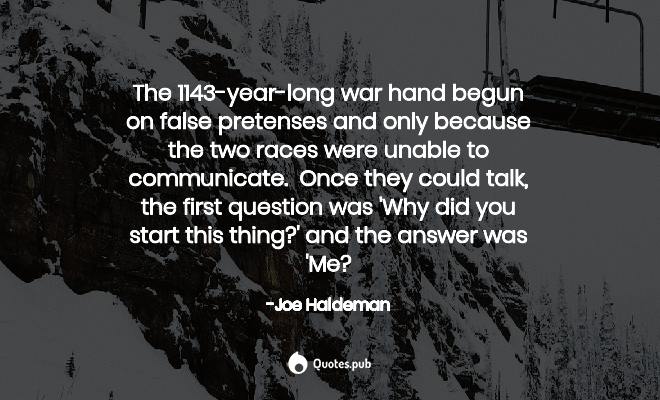 The 1143-year-long war hand begun on false pretenses and only because the two races were unable to communicate.Once they could talk, the first question was 'Why did you start this thing?' and the answer was 'Me? 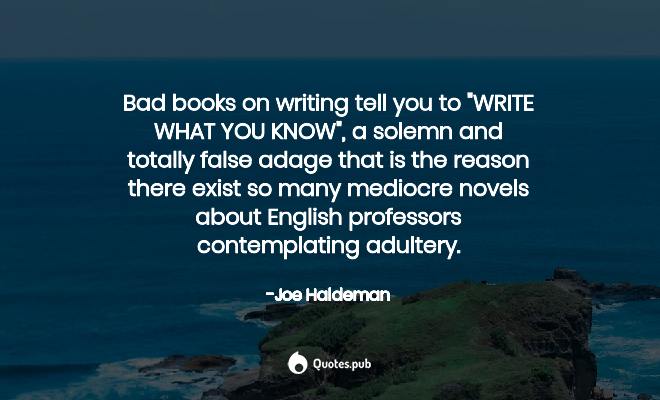 Bad books on writing tell you to "WRITE WHAT YOU KNOW", a solemn and totally false adage that is the reason there exist so many mediocre novels about English professors contemplating adultery. 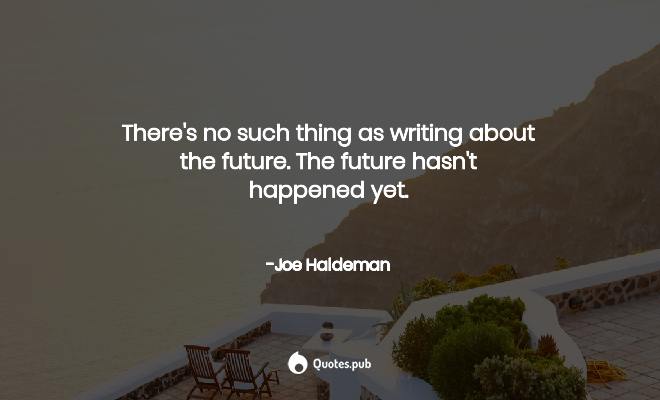 There's no such thing as writing about the future. The future hasn't happened yet. 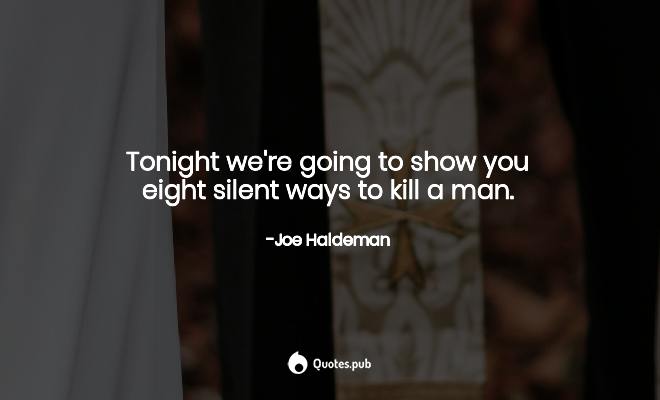 Tonight we're going to show you eight silent ways to kill a man. 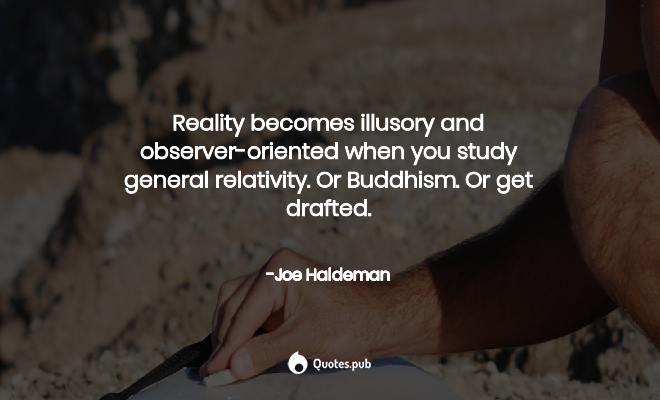 Reality becomes illusory and observer-oriented when you study general relativity. Or Buddhism. Or get drafted. 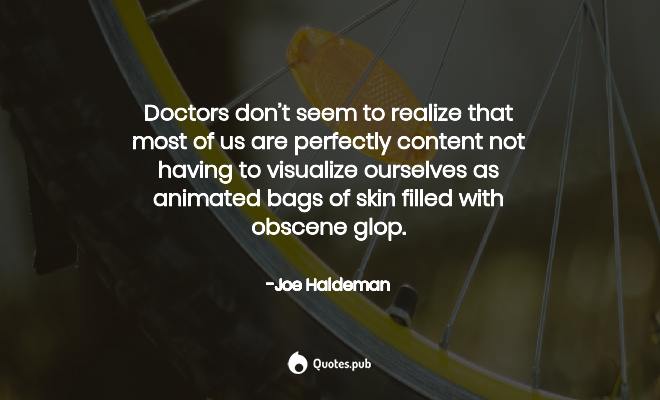 Doctors don’t seem to realize that most of us are perfectly content not having to visualize ourselves as animated bags of skin filled with obscene glop.

Download
So here we were, fifty men and fifty women, with IQs over 150 and bodies of unusual health and strength, slogging elitely through the mud and slush of central Missouri, reflecting on the usefulness of our skill in building bridges on worlds where the only fluid is an occasional standi . . . Read more

Sitting here in a bar with an asexual cyborg who is probably the only other normal person on the whole goddamned planet.