Once she was standing by her locker and her puka shells broke and scattered and she made a joke about it but he could tell she was upset. He wanted to buy her some more. He wanted to give her a million strands of little nesting polished shells, and tropical flowers and ice creams and lemonades and a pale blue surfboard to teach her to surf on and anything else she wanted. Instead he let his checkered Vans step on one of the rolling shells and crush it. 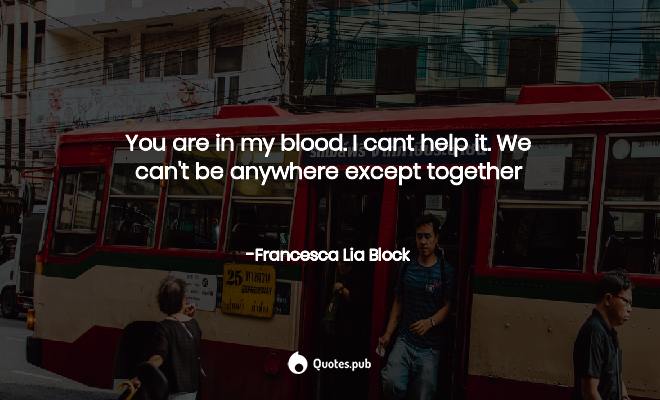 You are in my blood. I cant help it. We can't be anywhere except together 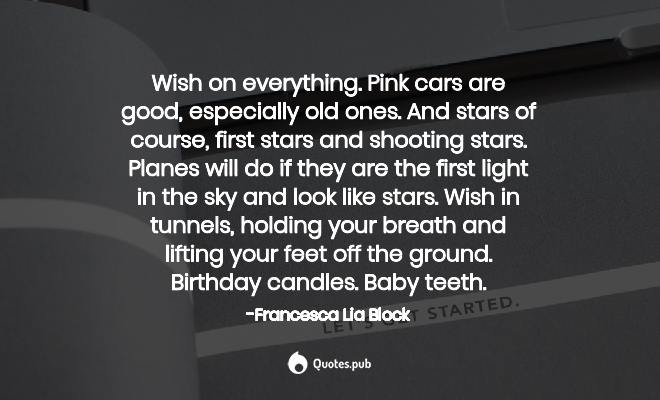 Wish on everything. Pink cars are good, especially old ones. And stars of course, first stars and shooting stars. Planes will do if they are the first light in the sky and look like stars. Wish in tunnels, holding your breath and lifting your feet off the ground. Birthday candles. Baby teeth.

Download
Do you know when they say soul-mates? Everybody uses it in personal ads. "Soul-mate wanted". It doesn't mean too much now. But soul mates- think about it. When your soul-whatever that is anyway-something so alive when you make music or love and so mysteriously hidden most of the rest . . . Read more 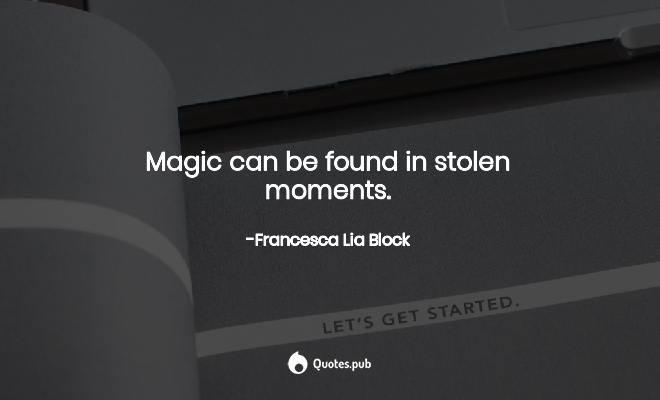 Magic can be found in stolen moments.

Download
A kiss about apple pie a la mode with the vanilla creaminess melting in the pie heat. A kiss about chocolate, when you haven't eaten chocolate in a year. A kiss about palm trees speeding by, trailing pink clouds when you drive down the Strip sizzling with champagne. A kiss about spotl . . . Read more 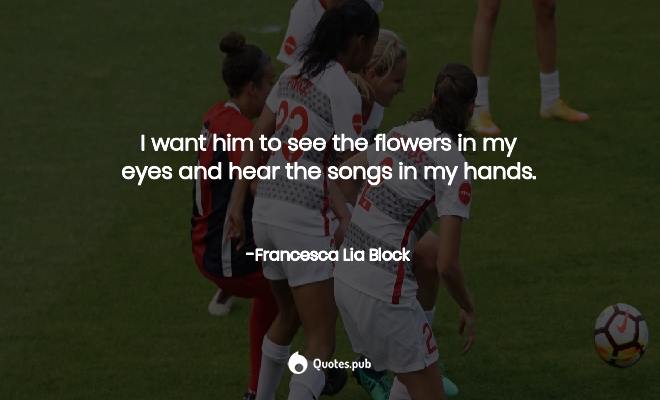 I want him to see the flowers in my eyes and hear the songs in my hands.