Once, in his first term, Cartwright had been bold enough to ask him why he was clever, what exercises he did to keep his brain fit. Healey had laughed. "It's memory, Cartwright, old dear. Memory, the mother of the Muses... at least that's what thingummy said." "Who?" "You know, what's his name, Greek poet chap. Wrote the Theogony... what was he called? Begins with an 'H'." "Homer?" "No, dear. Not Homer, the other one. No, it's gone. Anyway. Memory, that's the key. 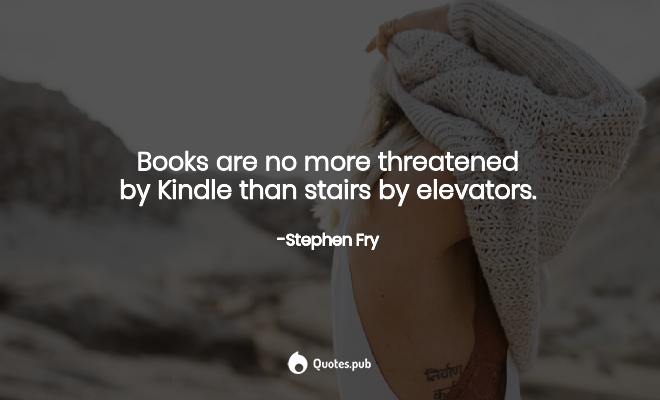 Books are no more threatened by Kindle than stairs by elevators.

Download
If you know someone who’s depressed, please resolve never to ask them why. Depression isn’t a straightforward response to a bad situation; depression just is, like the weather.Try to understand the blackness, lethargy, hopelessness, and loneliness they’re going through. . . . Read more

It's not all bad. Heightened self-consciousness, apartness, an inability to join in, physical shame and self-loathing—they are not all bad. Those devils have been my angels. Without them I would never have disappeared into language, literature, the mind, laughter and all the mad int . . . Read more 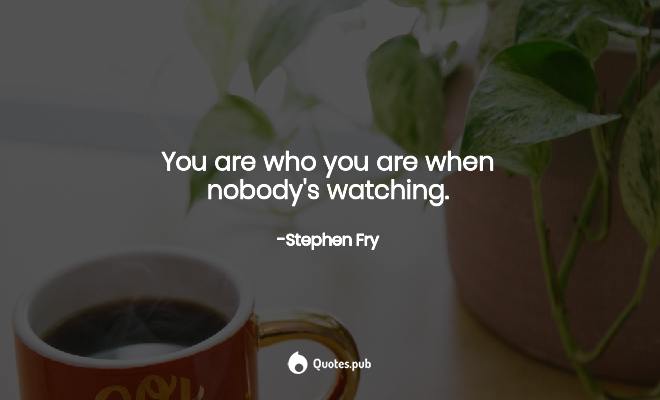 You are who you are when nobody's watching. 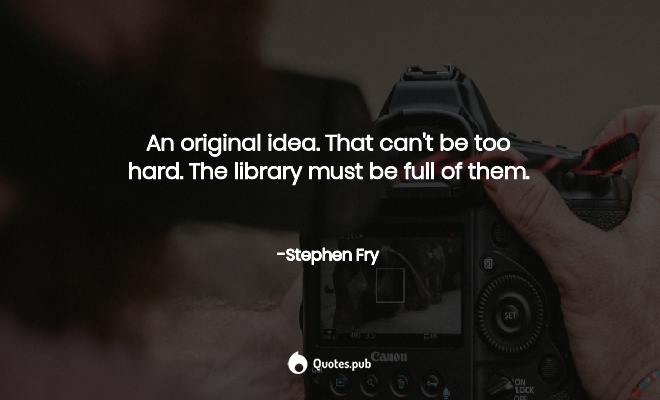 An original idea. That can't be too hard. The library must be full of them.

Download
It's now very common to hear people say, 'I'm rather offended by that.' As if that gives them certain rights. It's actually nothing more... than a whine. 'I find that offensive.' It has no meaning; it has no purpose; it has no reason to be respected as a phrase. 'I am offended by that . . . Read more 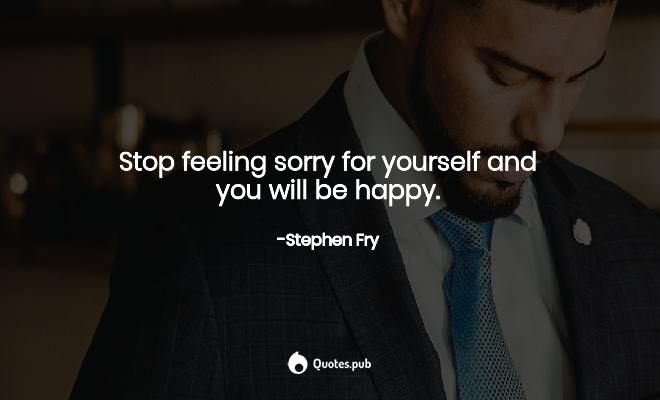 Stop feeling sorry for yourself and you will be happy.

Download
Choking with dry tears and raging, raging, raging at the absolute indifference of nature and the world to the death of love, the death of hope and the death of beauty, I remember sitting on the end of my bed, collecting these pills and capsules together and wondering why, why when I f . . . Read more