Omnipotent-benevolent simply means that God is all-powerful and well-meaning.' 'I understand the concept. It's just . . . there seems to be a contradiction.' 'Yes. The contradiction is pain. Man's starvation, war, sickness . . .' 'Exactly!' Chartrand knew the camerlengo would understand. 'Terrible things happen in this world. Human tragedy seems like proof that God could not possibly be both all-powerful and well-meaning. If He loves us and has the power to change our situation, He would prevent our pain, wouldn't He?' The camerlengo frowned. 'Would He?' Chartrand felt uneasy. Had he overstepped his bounds? Was this one of those religious questions you just didn't ask? 'Well . . . if God loves us, and He can protect us, He would have to. It seems He is either omnipotent and uncaring, or benevolent and powerless to help.' 'Do you have children, Lieutenant?' Chartrand flushed. 'No, signore.' 'Imagine you had an eight-year-old son . . . would you love him?' 'Of course.' 'Would you let him skateboard?' Chartrand did a double take. The camerlengo always seemed oddly "in touch" for a clergyman. 'Yeah, I guess,' Chartrand said. 'Sure, I'd let him skateboard, but I'd tell him to be careful.' 'So as this child's father, you would give him some basic, good advice and then let him go off and make his own mistakes?' 'I wouldn't run behind him and mollycoddle him if that's what you mean.' 'But what if he fell and skinned his knee?' 'He would learn to be more careful.' The camerlengo smiled. 'So although you have the power to interfere and prevent your child's pain, you would choose to show your love by letting him learn his own lessons?' 'Of course. Pain is part of growing up. It's how we learn.' The camerlengo nodded. 'Exactly. 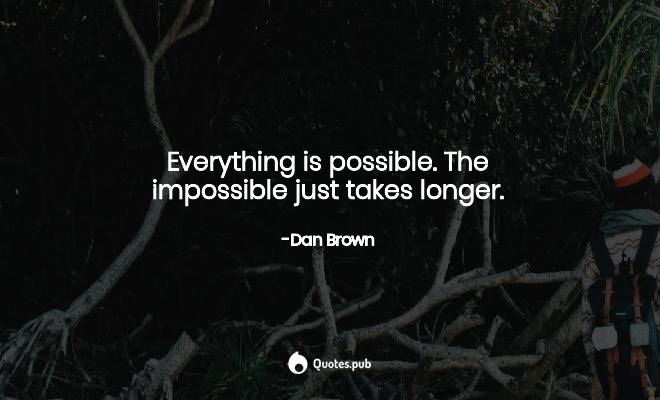 Everything is possible. The impossible just takes longer. 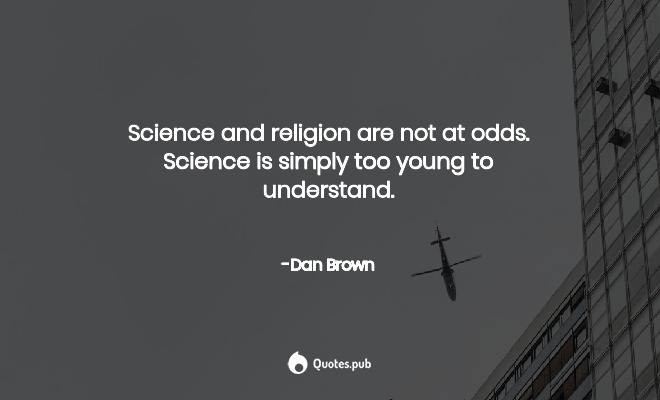 Science and religion are not at odds. Science is simply too young to understand. 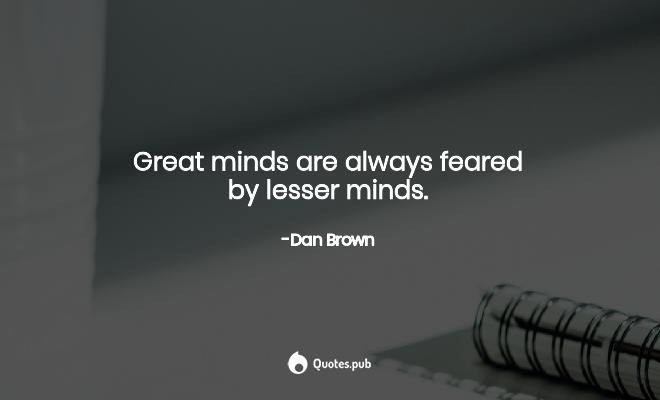 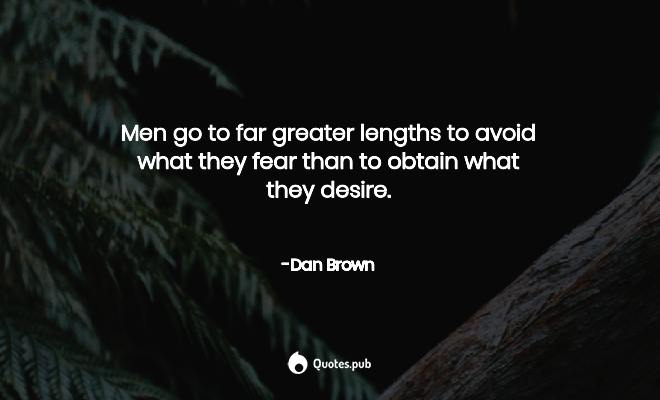 Men go to far greater lengths to avoid what they fear than to obtain what they desire. 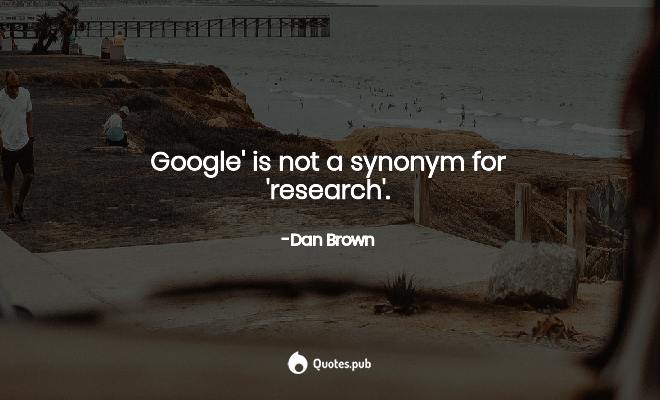 Google' is not a synonym for 'research'. 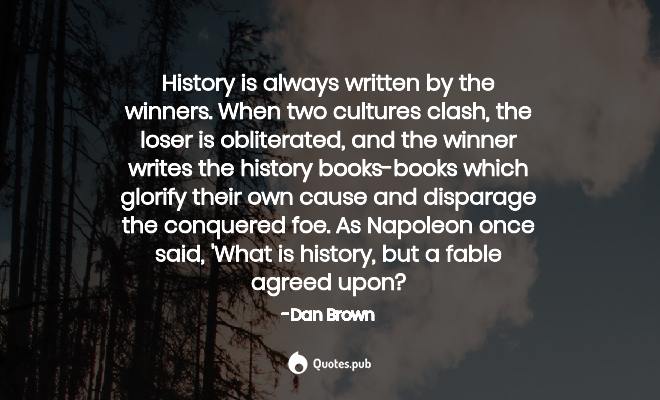 History is always written by the winners. When two cultures clash, the loser is obliterated, and the winner writes the history books-books which glorify their own cause and disparage the conquered foe. As Napoleon once said, 'What is history, but a fable agreed upon?