Neighborhoods built up all at once change little physically over the years as a rule...[Residents] regret that the neighborhood has changed. Yet the fact is, physically it has changed remarkably little. People's feelings about it, rather, have changed. The neighborhood shows a strange inability to update itself, enliven itself, repair itself, or to be sought after, out of choice, by a new generation. It is dead. Actually it was dead from birth, but nobody noticed this much until the corpse began to smell. 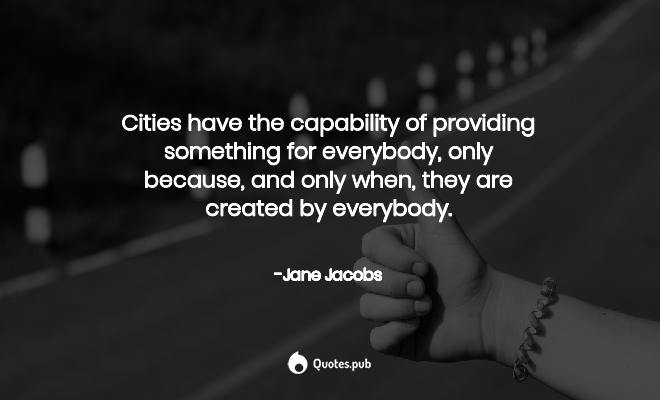 Cities have the capability of providing something for everybody, only because, and only when, they are created by everybody. 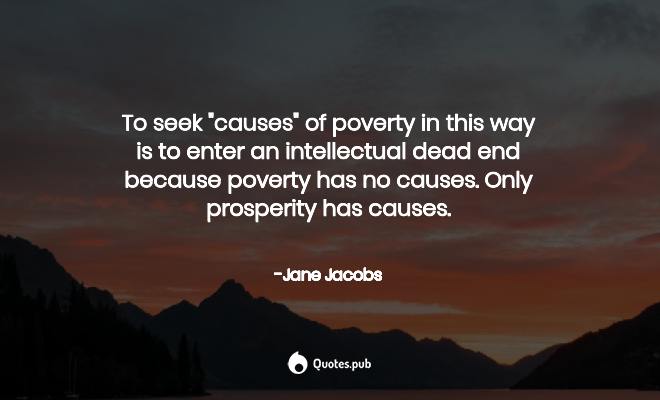 To seek "causes" of poverty in this way is to enter an intellectual dead end because poverty has no causes. Only prosperity has causes.

Download
A city street equipped to handle strangers, and to make a safety asset, in itself, our of the presence of strangers, as the streets of successful city neighborhoods always do, must have three main qualities:First, there must be a clear demarcation between what is public space . . . Read more 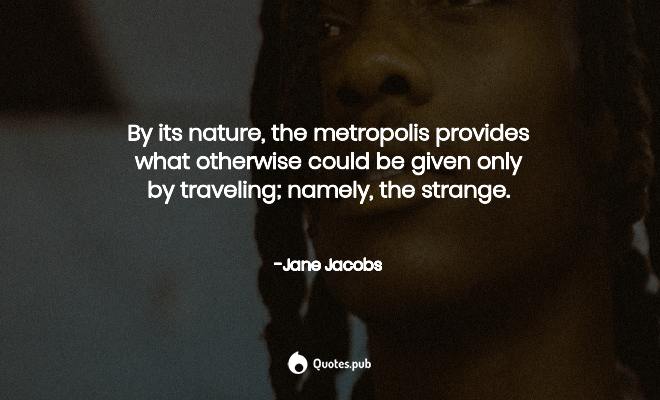 By its nature, the metropolis provides what otherwise could be given only by traveling; namely, the strange. 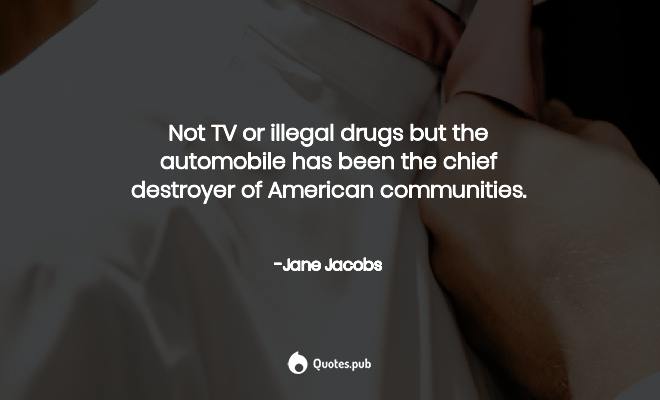 Not TV or illegal drugs but the automobile has been the chief destroyer of American communities. 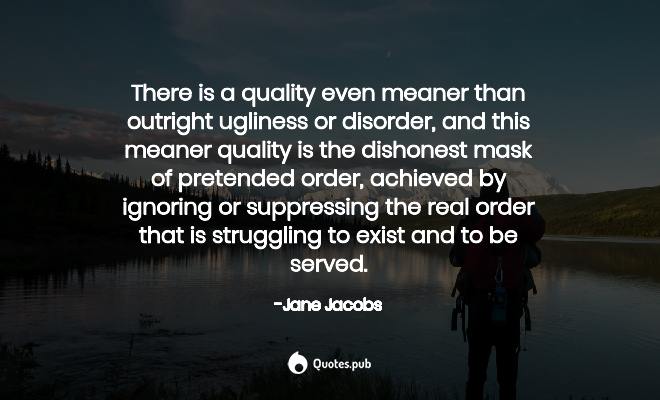 There is a quality even meaner than outright ugliness or disorder, and this meaner quality is the dishonest mask of pretended order, achieved by ignoring or suppressing the real order that is struggling to exist and to be served. 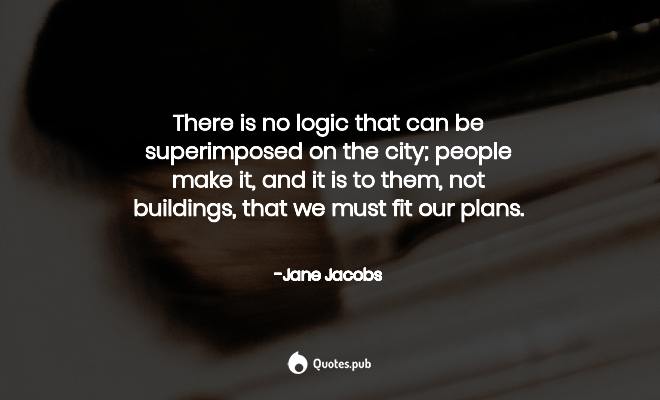 There is no logic that can be superimposed on the city; people make it, and it is to them, not buildings, that we must fit our plans.

Download
Under the seeming disorder of the old city, wherever the old city is working successfully, is a marvelous order for maintaining the safety of the streets and the freedom of the city. It is a complex order. Its essence is intricacy of sidewalk use, bringing with it a constant successio . . . Read more