My interview was mostly conducted by Hugo Dyson, an Oxford ‘character’, known for his wit. I always found him alarming. He was like a hyperactive gnome, and stumped around on a walking stick which, when he was seized by one of his paroxysms of laughter, he would beat up and down as if trying to drive it through the floor. It brought to mind Rumpelstiltskin driving his leg into the ground in the fairy tale. He had been one of the ‘Inklings’ – the group of dons, including Tolkien and C. S. Lewis, who met during the 1930s in the Bird and Baby pub opposite St John’s. It was he and Tolkien who, one summer night in 1931, had converted Lewis to Christianity during a stroll along Addison’s Walk. So he was, at least in part, responsible for the Narnia books. I never asked him if he liked them. But it was well known that Tolkien’s Lord of the Rings was not to his taste. Tolkien had been in the habit of favouring the Inklings with readings from it, but one day Dyson, driven to exasperation, interjected, ‘Oh not another fucking elf!’ and after that the readings stopped. On

...literature gives you ideas to think with. It stocks your mind. It does not indoctrinate, because diversity, counter-argument, reappraisal and qualification are its essence. But it supplies the materials for thought. Also, because it is the only art capable of criticism, it encourag . . . Read more 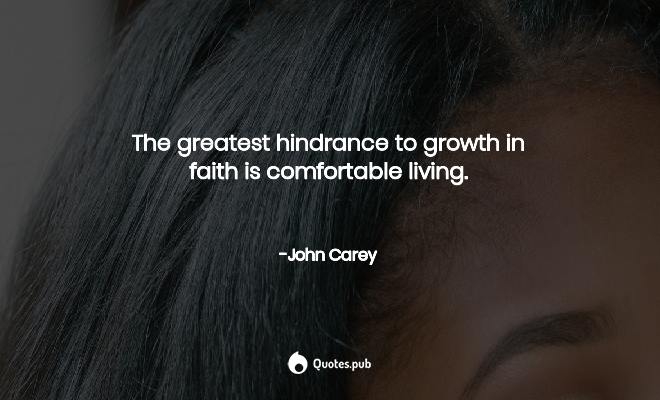 The greatest hindrance to growth in faith is comfortable living. 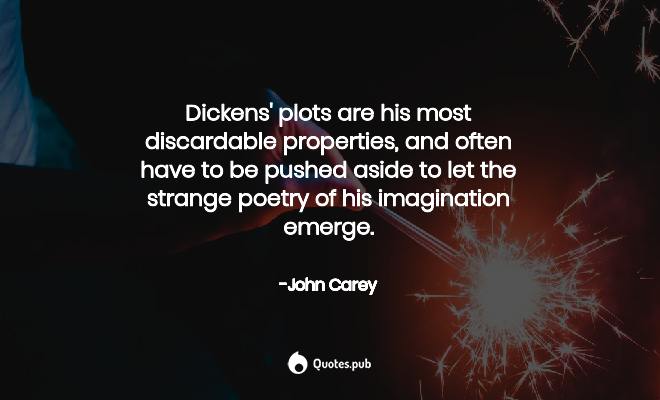 Dickens' plots are his most discardable properties, and often have to be pushed aside to let the strange poetry of his imagination emerge.

Download
Dickens' hypocrites are the prime beneficiaries of his inventive genius. The heroes and heroines have no imagination. We could scrap all the solemn parts of his novels without impairing his status as a writer. But we could not remove Mrs. Gamp or Pecksniff or Bounderby without maiming him irreparably. 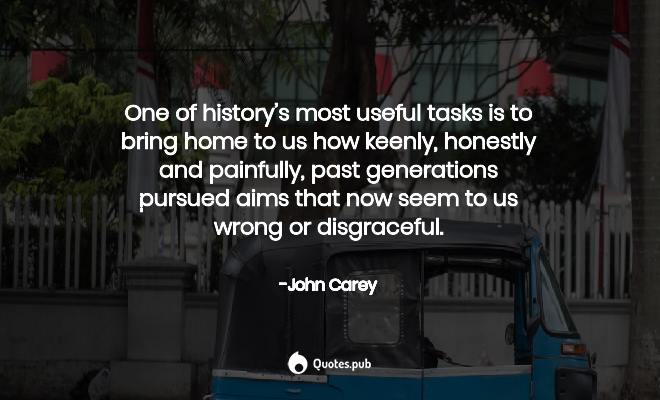 One of history’s most useful tasks is to bring home to us how keenly, honestly and painfully, past generations pursued aims that now seem to us wrong or disgraceful.

Download
Almost everything about bees is amazing. Worker bees fly up to three miles from the hive and visit ten thousand flowers in a day. Their wings beat two hundred times a second, and they perform elaborate dances on the face of the comb to tell other workers where and how far away food so . . . Read more