Man can never know the loneliness a woman knows. Man lies in the woman's womb only to gather strength, he nourishes himself from this fusion, and then he rises and goes into the world, into his work, into battle, into art. He is not lonely. He is busy. The memory of the swim in amniotic fluid gives him energy, completion. Woman may be busy too, but she feels empty. Sensuality for her is not only a wave of pleasure in which she is bathed, and a charge of electric joy at contact with another. When man lies in her womb, she is fulfilled, each act of love a taking of man within her, an act of birth and rebirth, of child rearing and man bearing. Man lies in her womb and is reborn each time anew with a desire to act, to be. But for woman, the climax is not in the birth, but in the moment man rests inside of her. 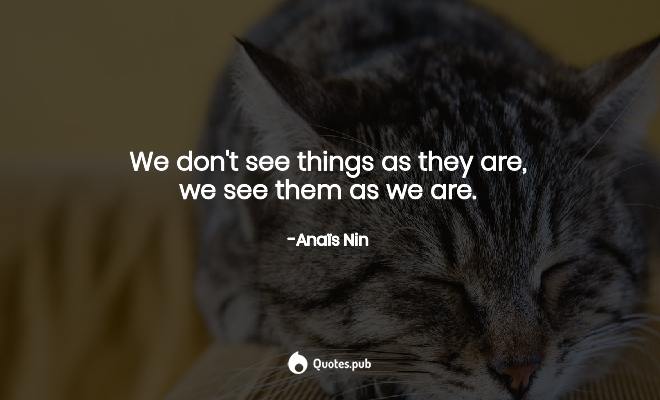 We don't see things as they are, we see them as we are. 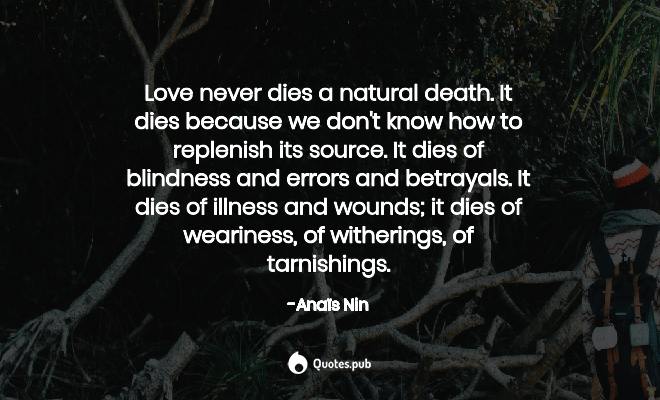 Love never dies a natural death. It dies because we don't know how to replenish its source. It dies of blindness and errors and betrayals. It dies of illness and wounds; it dies of weariness, of witherings, of tarnishings. 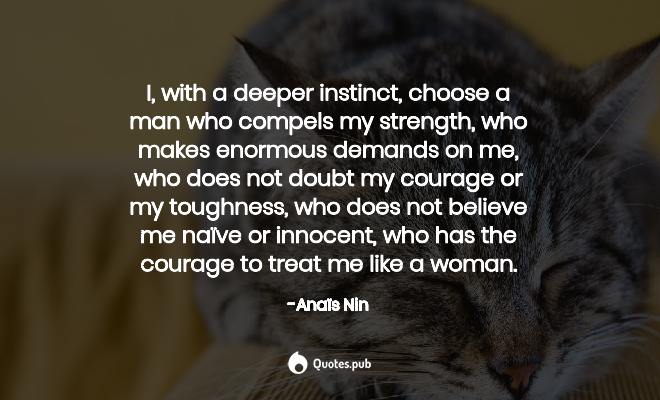 I, with a deeper instinct, choose a man who compels my strength, who makes enormous demands on me, who does not doubt my courage or my toughness, who does not believe me naïve or innocent, who has the courage to treat me like a woman. 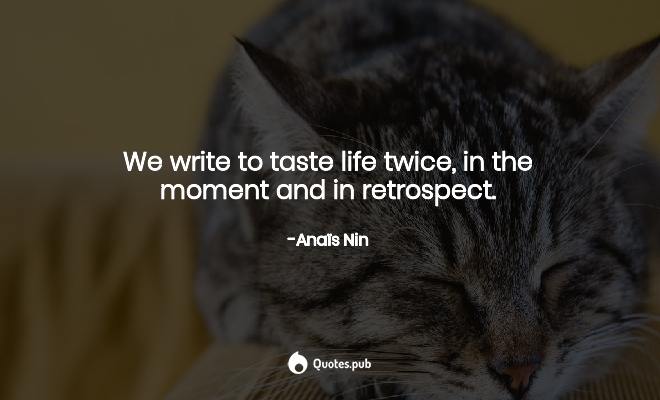 We write to taste life twice, in the moment and in retrospect. 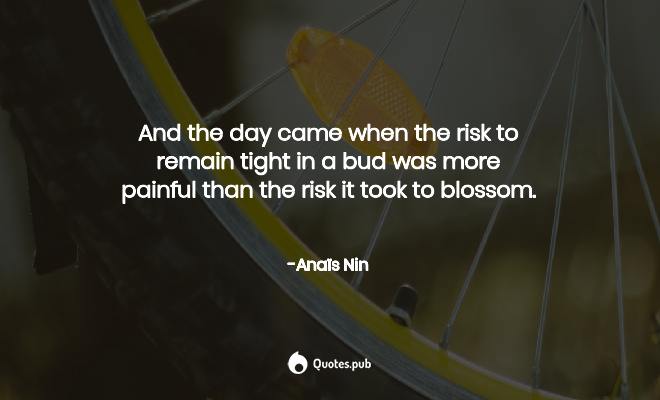 And the day came when the risk to remain tight in a bud was more painful than the risk it took to blossom. 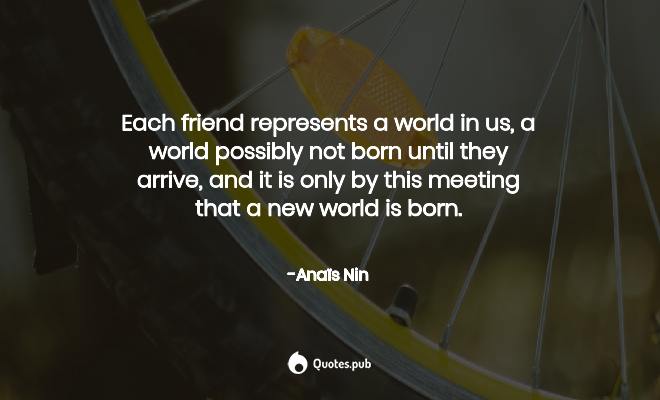 Each friend represents a world in us, a world possibly not born until they arrive, and it is only by this meeting that a new world is born.