Los Angeles was the kind of place where everybody was from somewhere else and nobody really droppped anchor. It was a transient place. People drawn by the dream, people running from the nightmare. Twelve million people and all of them ready to make a break for it if necessary. Figuratively, literally, metaphorically -- any way you want to look at it -- everbody in L.A. keeps a bag packed. Just in case. 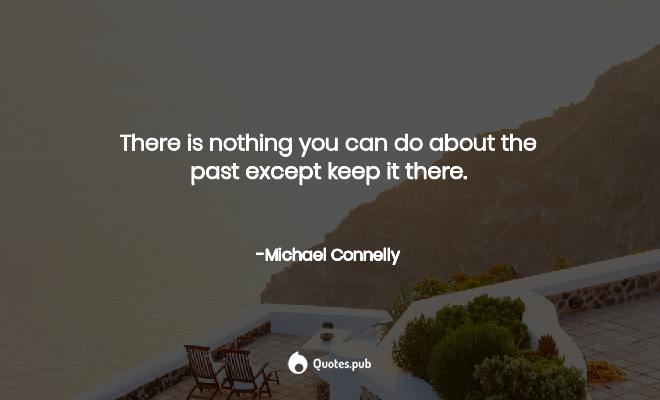 There is nothing you can do about the past except keep it there. 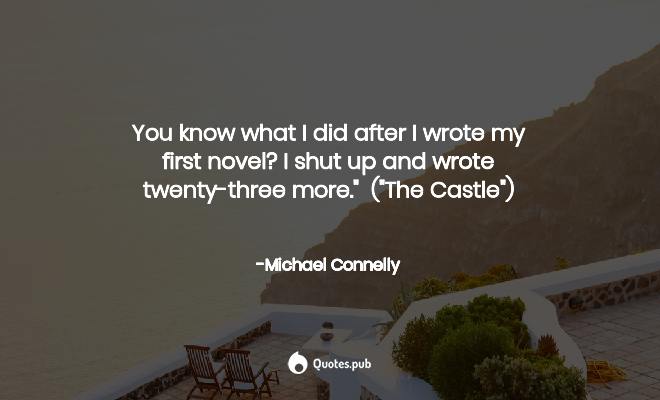 You know what I did after I wrote my first novel? I shut up and wrote twenty-three more."("The Castle") 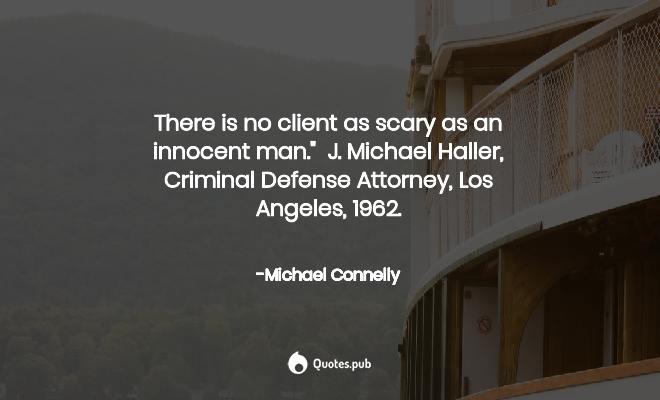 There is no client as scary as an innocent man."J. Michael Haller, Criminal Defense Attorney, Los Angeles, 1962. 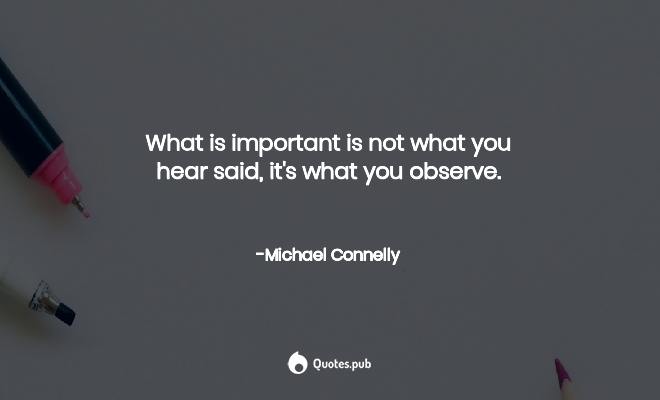 What is important is not what you hear said, it's what you observe. 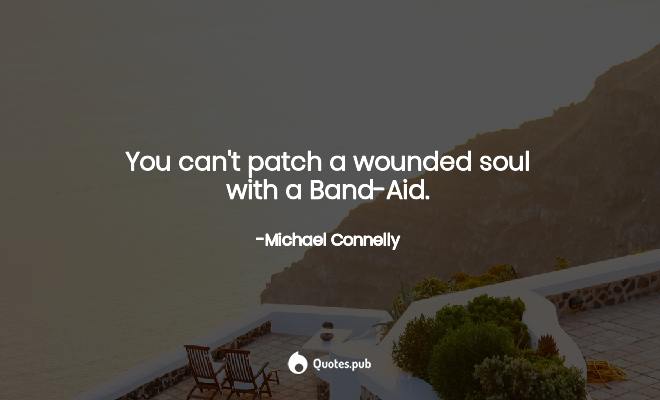 You can't patch a wounded soul with a Band-Aid. 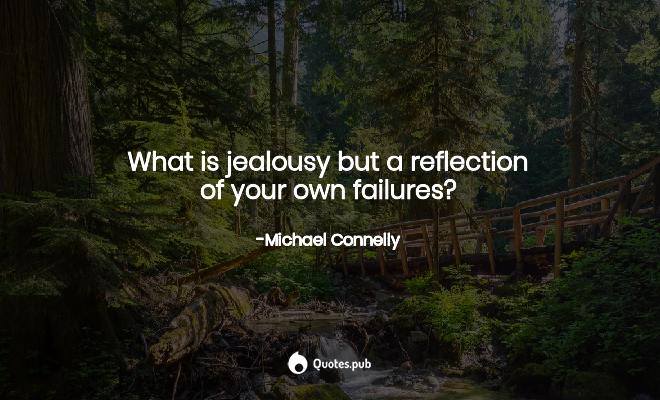 What is jealousy but a reflection of your own failures? 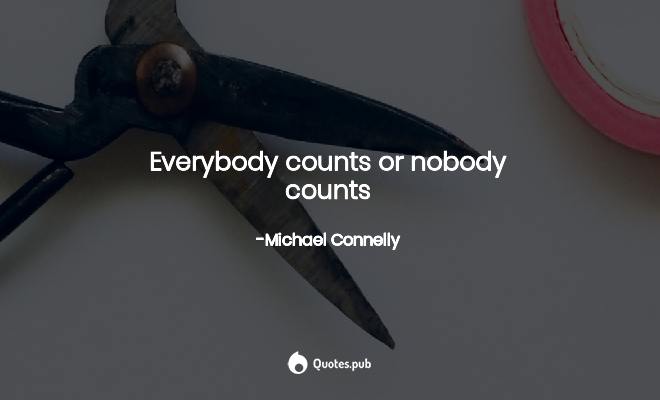 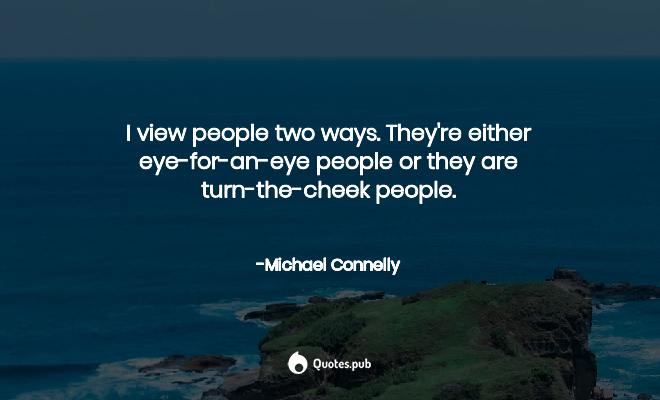 I view people two ways. They're either eye-for-an-eye people or they are turn-the-cheek people. 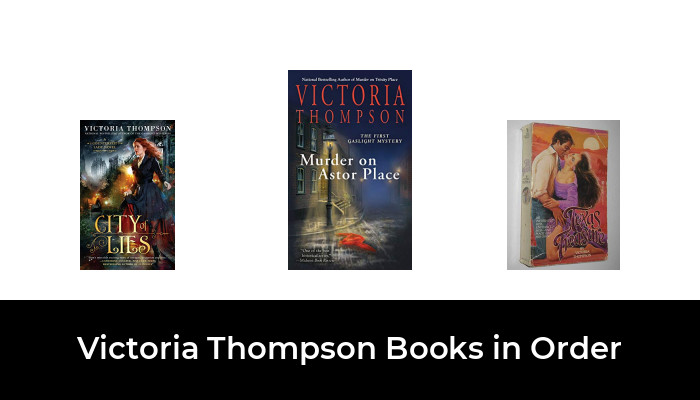 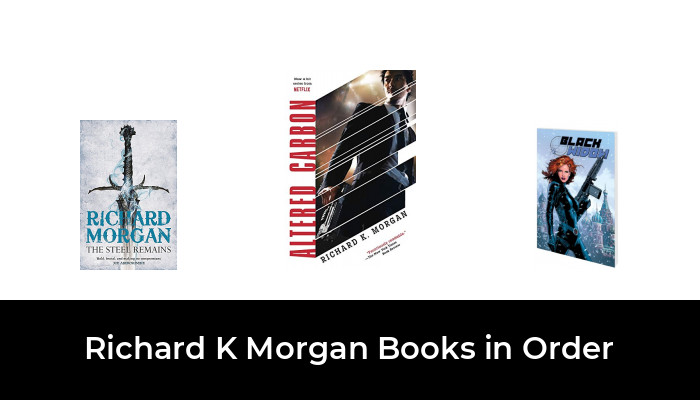 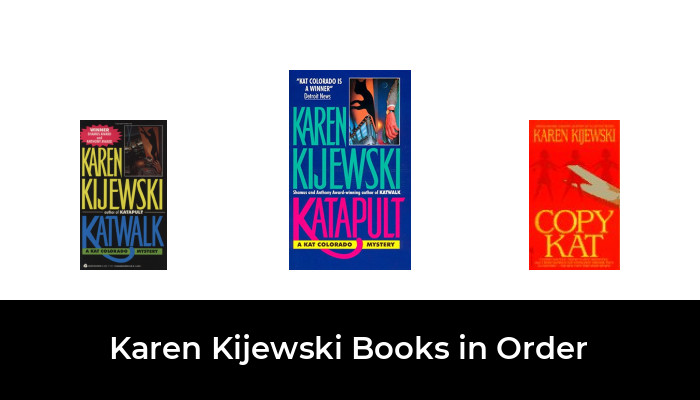