Looking at the works of art that are considered worthy of preservation in our Museums, and that were once the common objects of the market place, I could not but realise that a society can only be considered truly civilised when it is possible for every man to earn his living by the very work he would rather be doing than anything else in the world, a condition that has only been attained in social orders integrated on the basis of vocation, "svadharma". At the same time I should like to emphasis that I have never built up a philosophy of my own or wished to establish a new school of thought. Perhaps the greatest thing I have learnt is never to think for myself; I fully agree with Andre Gide that "Toutes choses sont dites deja", and what I have sought is to understand what has been said, while taking no account of the "inferior philosophers". Holding with Heraclitus that the Word is common to all, and that Wisdom is to know the Will whereby all things are steered, I am convinced with Jeremias that the human cultures in all their apparent diversity are but the dialects of one and the same language of the spirit, that there is a "common universe of discourse" transcending the differences of tongues". 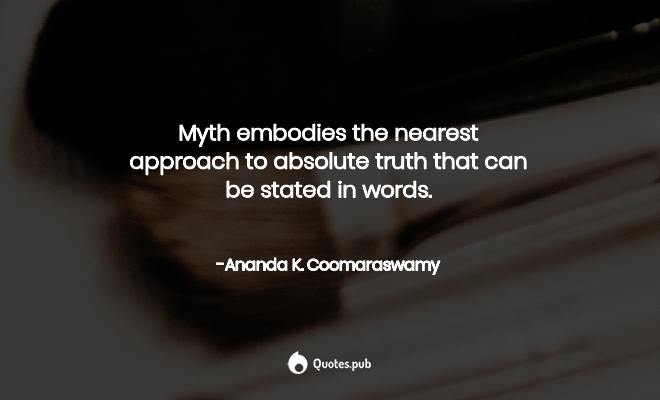 Myth embodies the nearest approach to absolute truth that can be stated in words. 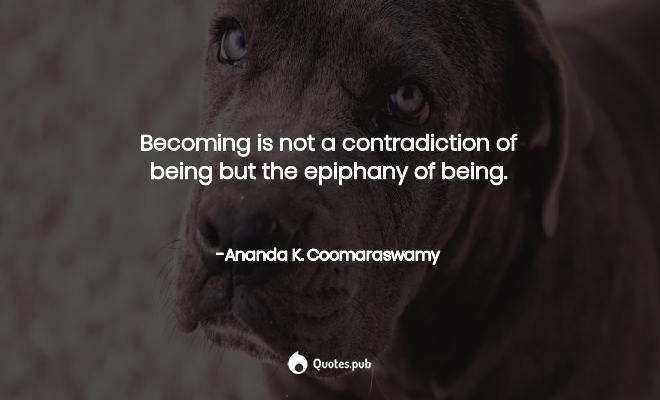 Becoming is not a contradiction of being but the epiphany of being. 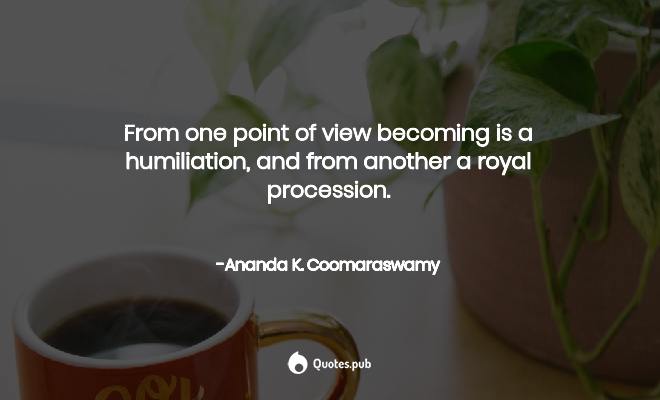 From one point of view becoming is a humiliation, and from another a royal procession. 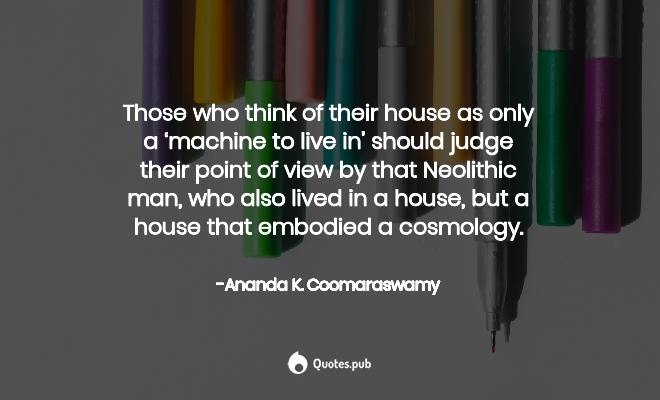 Those who think of their house as only a ‘machine to live in’ should judge their point of view by that Neolithic man, who also lived in a house, but a house that embodied a cosmology. 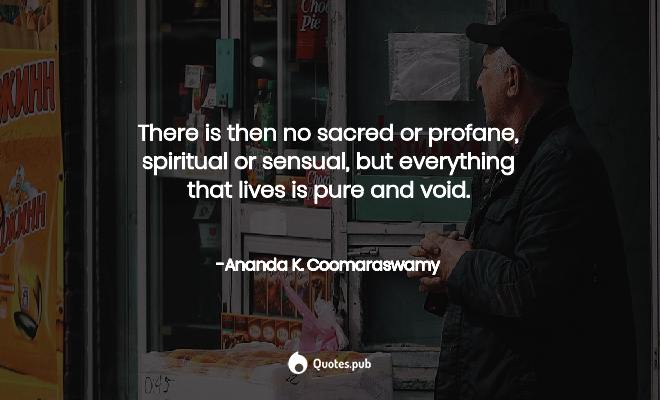 There is then no sacred or profane, spiritual or sensual, but everything that lives is pure and void. 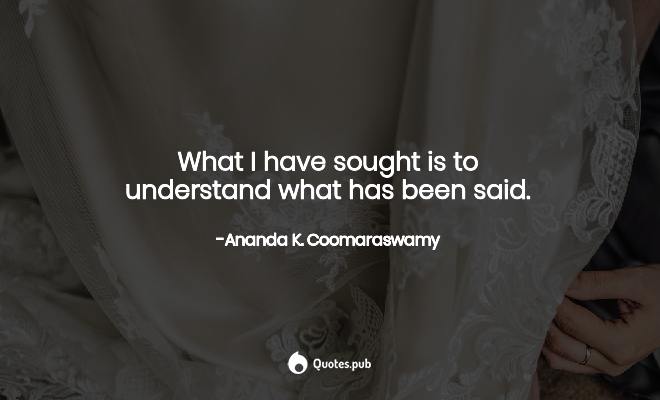 What I have sought is to understand what has been said. 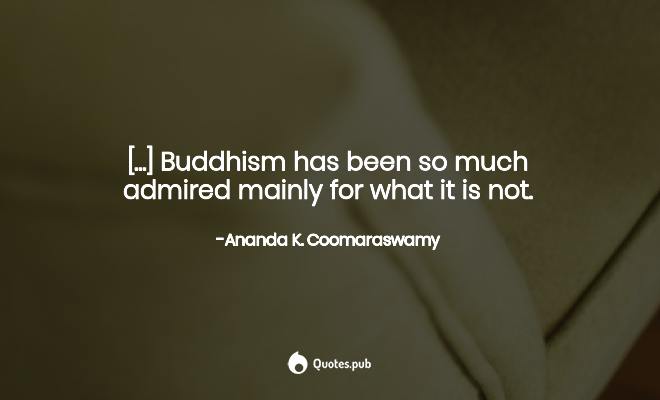 [...] Buddhism has been so much admired mainly for what it is not. 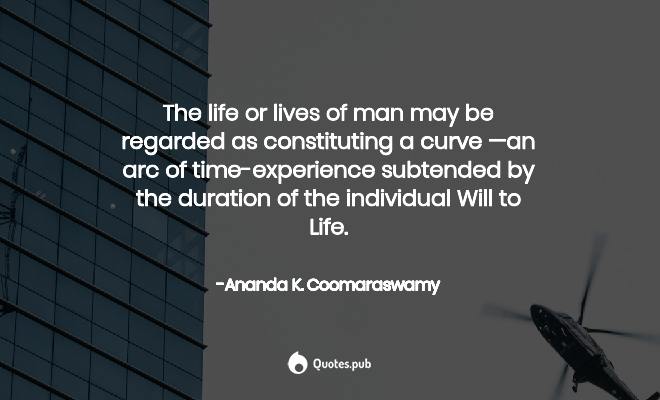 The life or lives of man may be regarded as constituting a curve —an arc of time-experience subtended by the duration of the individual Will to Life.