Last month, on a very windy day, I was returning from a lecture I had given to a group in Fort Washington. I was beginning to feel unwell. I was feeling increasing spasms in my legs and back and became anxious as I anticipated a difficult ride back to my office. Making matters worse, I knew I had to travel two of the most treacherous high-speed roads near Philadelphia – the four-lane Schuylkill Expressway and the six-lane Blue Route. You’ve been in my van, so you know how it’s been outfitted with everything I need to drive. But you probably don’t realize that I often drive more slowly than other people. That’s because I have difficulty with body control. I’m especially careful on windy days when the van can be buffeted by sudden gusts. And if I’m having problems with spasms or high blood pressure, I stay way over in the right hand lane and drive well below the speed limit. When I’m driving slowly, people behind me tend to get impatient. They speed up to my car, blow their horns, drive by, stare at me angrily, and show me how long their fingers can get. (I don't understand why some people are so proud of the length of their fingers, but there are many things I don't understand.) Those angry drivers add stress to what already is a stressful experience of driving. On this particular day, I was driving by myself. At first, I drove slowly along back roads. Whenever someone approached, I pulled over and let them pass. But as I neared the Blue Route, I became more frightened. I knew I would be hearing a lot of horns and seeing a lot of those long fingers. And then I did something I had never done in the twenty-four years that I have been driving my van. I decided to put on my flashers. I drove the Blue Route and the Schuylkyll Expressway at 35 miles per hour. Now…Guess what happened? Nothing! No horns and no fingers. But why? When I put on my flashers, I was saying to the other drivers, “I have a problem here – I am vulnerable and doing the best I can.” And everyone understood. Several times, in my rearview mirror I saw drivers who wanted to pass. They couldn’t get around me because of the stream of passing traffic. But instead of honking or tailgating, they waited for the other cars to pass, knowing the driver in front of them was in some way weak. Sam, there is something about vulnerability that elicits compassion. It is in our hard wiring. I see it every day when people help me by holding doors, pouring cream in my coffee, or assist me when I put on my coat. Sometimes I feel sad because from my wheelchair perspective, I see the best in people. But those who appear strong and invulnerably typically are not exposed to the kindness I see daily. Sometimes situations call for us to act strong and brave even when we don't feel that way. But those are a few and far between. More often, there is a better pay-off if you don't pretend you feel strong when you feel weak, or pretend that you are brave when you’re scared. I really believe the world might be a safer place if everyone who felt vulnerable wore flashers that said, “I have a problem and I’m doing the best I can. Please be patient!

Topics : Letters to Sam: A Grandfather's Lessons on Love Quotes Loss Quotes and the Gifts of Life Quotes 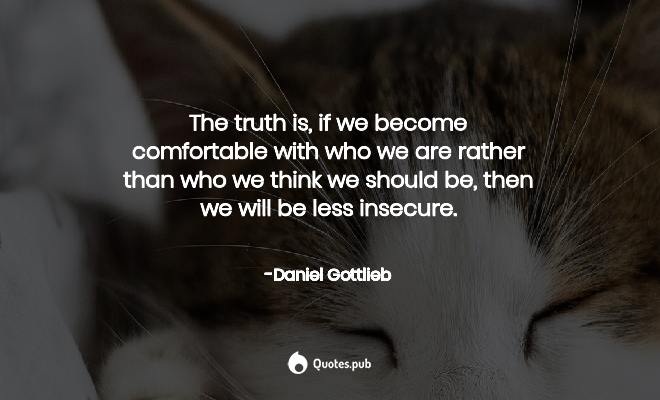 The truth is, if we become comfortable with who we are rather than who we think we should be, then we will be less insecure.

Download
Two waves in the ocean are talking to each other. The front wave tells the second that it's frightened because it is about to crash into the shore and cease to exist. But the second wave shows no fear. It explains to the first: "You are frightened because you think you are a wave; I a . . . Read more 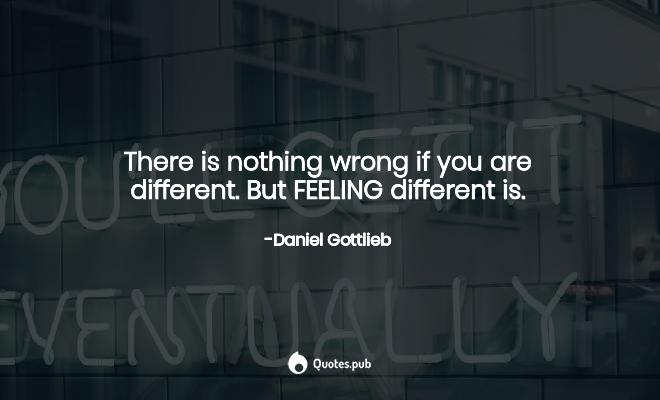 There is nothing wrong if you are different. But FEELING different is. 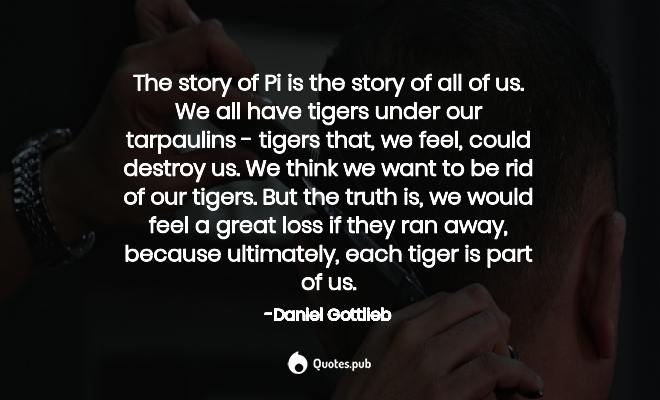 The story of Pi is the story of all of us. We all have tigers under our tarpaulins - tigers that, we feel, could destroy us. We think we want to be rid of our tigers. But the truth is, we would feel a great loss if they ran away, because ultimately, each tiger is part of us.

Download
That’s what happens in our hearts. The holes do not disappear, but scar tissue grows and becomes part of who we are. The same takes place in nature. As the famous Spanish architect Antoni Gaudi observed, 'There are no straight lines or sharp corners in nature.' The most stable struc . . . Read more 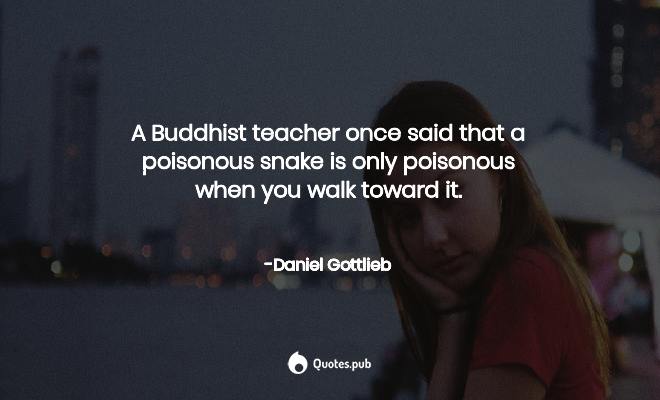 A Buddhist teacher once said that a poisonous snake is only poisonous when you walk toward it. 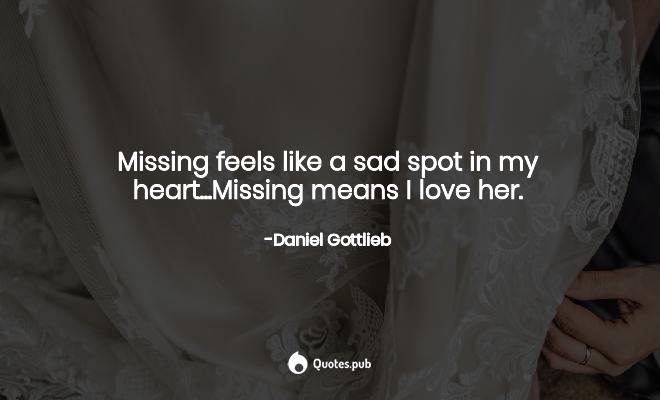 Missing feels like a sad spot in my heart...Missing means I love her.

Download
Hope is always about the future. And it isn't always good news. Sometimes, hope can imprison us with belief or expectation that something will happen in the future to change our lives. Similarly hopelessness isn't always about despair. Hopelessness can bring us right into this very mo . . . Read more