JW: How do you use death in your writing? Martin: I don’t think of it in those terms, that I’m using death for any purpose. I think a writer, even a fantasy writer, has an obligation to tell the truth and the truth is, as we say in Game of Thrones, all men must die. Particularly if you’re writing about war, which is certainly a central subject in Game of Thrones. It has been in a lot of my fiction, not all of it by any means but certainly a lot of it, going all the way back to “The Hero,” which was a story about a warrior. You can’t write about war and violence without having death. If you want to be honest it should affect your main characters. We’ve all read this story a million times when a bunch of heroes set out on adventure and it’s the hero and his best friend and his girlfriend and they go through amazing hair-raising adventures and none of them die. The only ones who die are extras. That’s such a cheat. It doesn’t happen that way. They go into battle and their best friend dies or they get horribly wounded. They lose their leg or death comes at them unexpectedly. Death 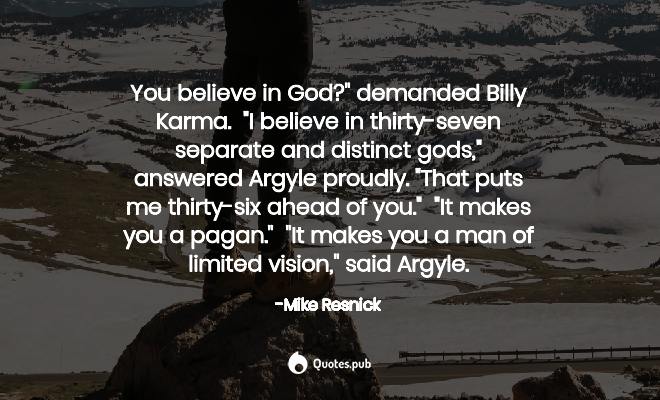 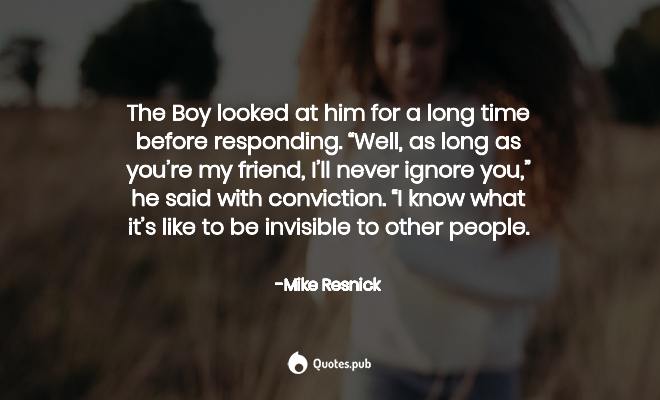 The Boy looked at him for a long time before responding. “Well, as long as you’re my friend, I’ll never ignore you,” he said with conviction. “I know what it’s like to be invisible to other people. 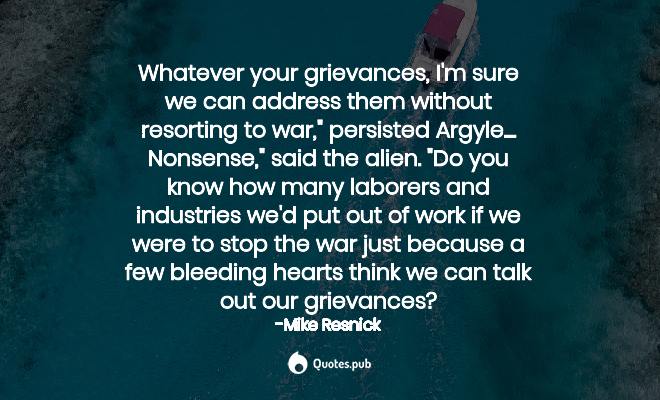 Whatever your grievances, I'm sure we can address them without resorting to war," persisted Argyle....Nonsense," said the alien. "Do you know how many laborers and industries we'd put out of work if we were to stop the war just because a few bleeding hearts think we can talk out our grievances? 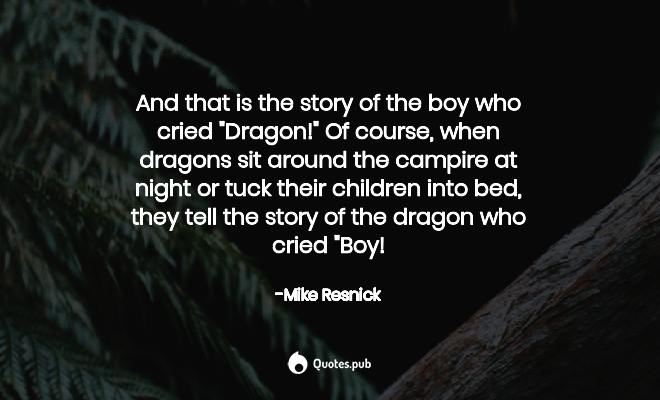 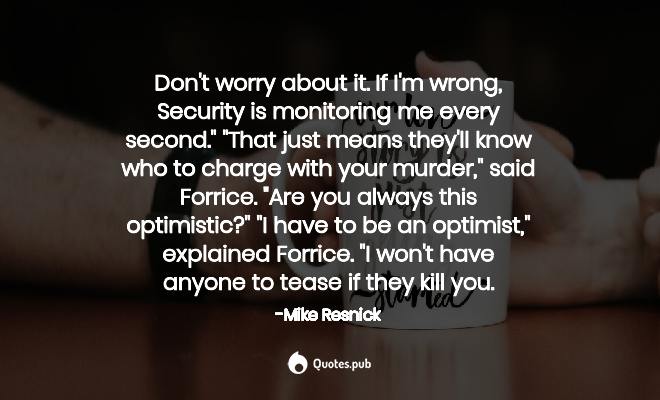 Don't worry about it. If I'm wrong, Security is monitoring me every second.""That just means they'll know who to charge with your murder," said Forrice."Are you always this optimistic?""I have to be an optimist," explained Forrice. "I won't have anyone to tease if they kill you.

Download
Oh, Christ. Word stuff, paper stuff, and that’s neither words nor paper in that goddam little coffin, that’s my son, my kid, my little dirty gap-toothed boy with the torn britches and the scabs on his knees, and he wasn’t ever intended to ride thunder and bridle lightning, no ma . . . Read more 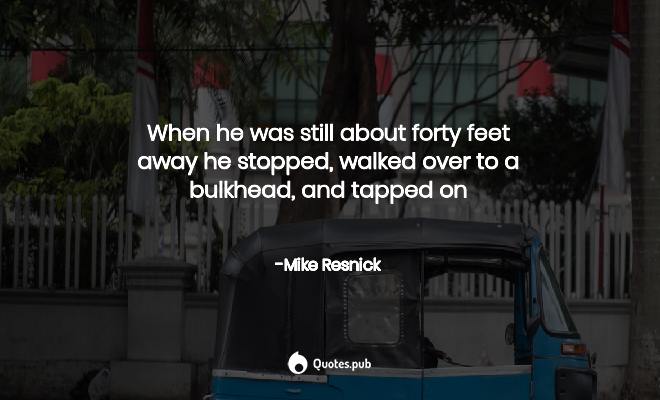 When he was still about forty feet away he stopped, walked over to a bulkhead, and tapped on

Download
Cole shrugged. "Maybe. But if Forrice had been in charge of the Quentin the way I planned it originally, there's a fifty-fifty chance it would have made it back.""And a fifty-fifty chance the Kermit wouldn't have.""True," he admitted. "But Mount Fuji sacrificed himself. It was . . . Read more 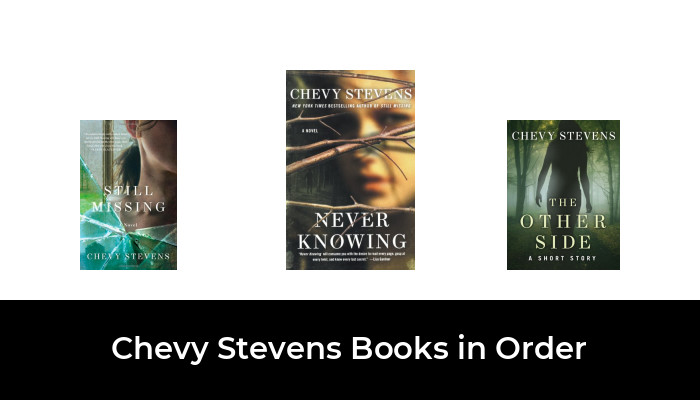 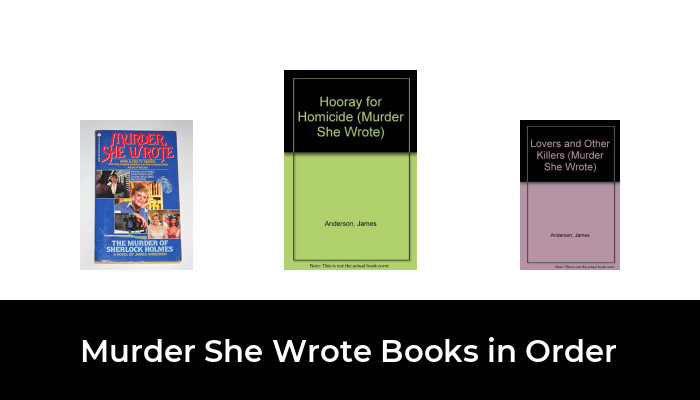 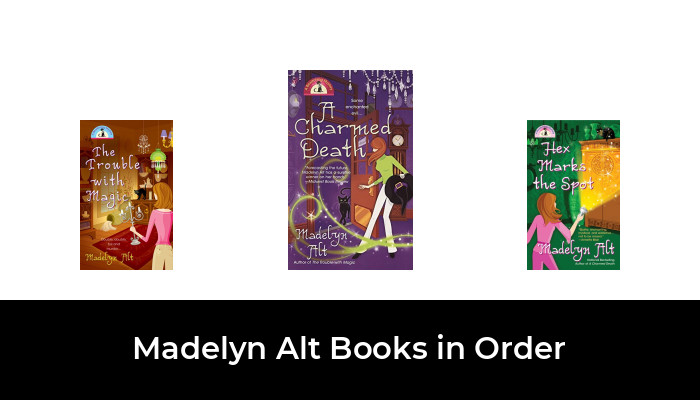 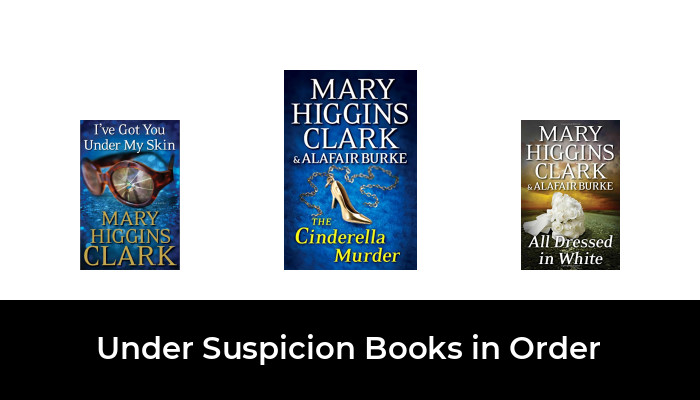