It's been suggested that if the super-naturalists really had the powers they claim, they'd win the lottery every week. I prefer to point out that they could also win a Nobel Prize for discovering fundamental physical forces hitherto unknown to science. Either way, why are they wasting their talents doing party turns on television? By all means let's be open-minded, but not so open-minded that our brains drop out. 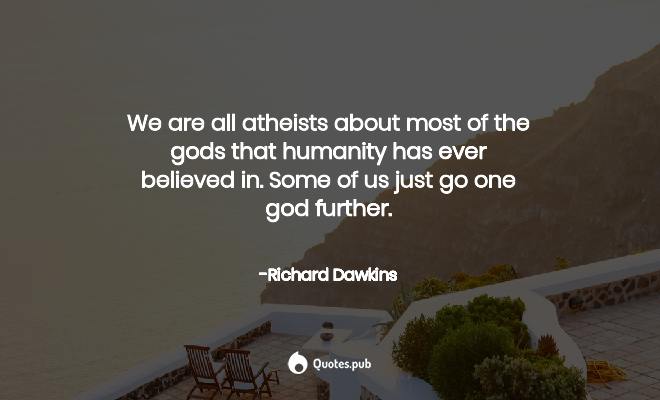 We are all atheists about most of the gods that humanity has ever believed in. Some of us just go one god further. 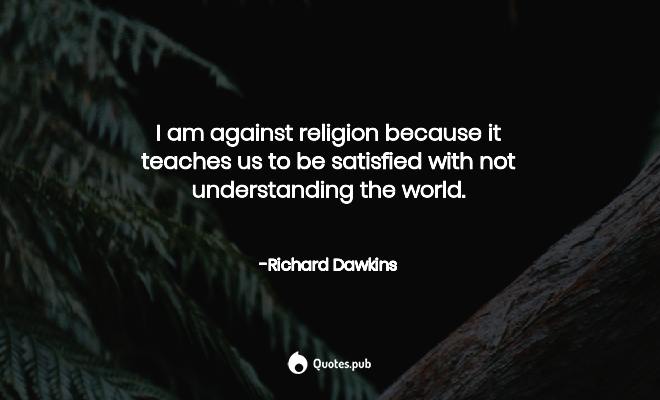 I am against religion because it teaches us to be satisfied with not understanding the world.

Download
The God of the Old Testament is arguably the most unpleasant character in all fiction: jealous and proud of it; a petty, unjust, unforgiving control-freak; a vindictive, bloodthirsty ethnic cleanser; a misogynistic, homophobic, racist, infanticidal, genocidal, filicidal, pestilential, . . . Read more 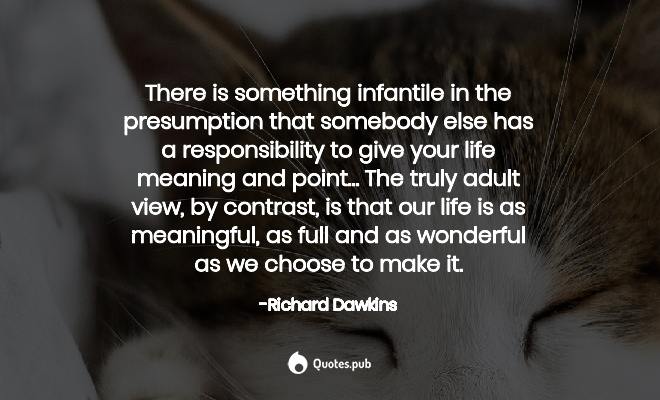 There is something infantile in the presumption that somebody else has a responsibility to give your life meaning and point… The truly adult view, by contrast, is that our life is as meaningful, as full and as wonderful as we choose to make it.

Download
We are going to die, and that makes us the lucky ones. Most people are never going to die because they are never going to be born. The potential people who could have been here in my place but who will in fact never see the light of day outnumber the sand grains of Arabia. Certainly t . . . Read more 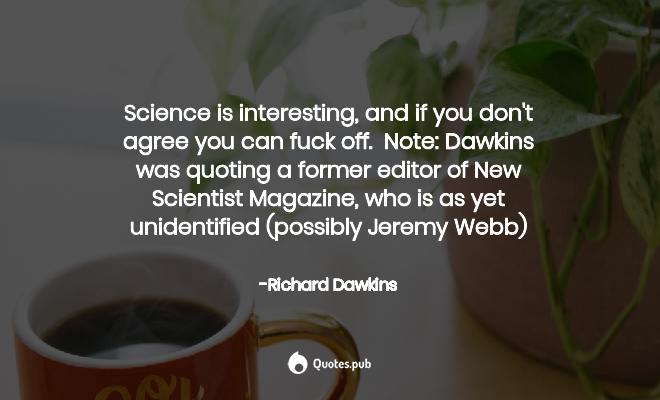 Science is interesting, and if you don't agree you can fuck off.Note: Dawkins was quoting a former editor of New Scientist Magazine, who is as yet unidentified (possibly Jeremy Webb)