It's a complex song, and it's fascinating to watch the creative process as they went back and forth and finally created it over a few months. Lennon was always my favorite Beatle. [ He laughs as Lennon stops during the first take and makes the band go back and revise a chord.] Did you hear that little detour they took? It didn't work, so they went back and started from where they were. It's so raw in this version. It actually makes the sound like mere mortals. You could actually imagine other people doing this, up to this version. Maybe not writing and conceiving it, but certainly playing it. Yet they just didn't stop. They were such perfectionists they kept it going This made a big impression on me when I was in my thirties. You could just tell how much they worked at this. They did a bundle of work between each of these recording. They kept sending it back to make it closer to perfect.[ As he listens to the third take, he points out how instrumentation has gotten more complex.] The way we build stuff at Apple is often this way. Even the number of models we'd make of a new notebook or iPod. We would start off with a version and then begin refining and refining, doing detailed models of the design, or the buttons, or how a function operates. It's a lot of work, but in the end it just gets better, and soon it's like, " Wow, how did they do that?!? Where are the screws? 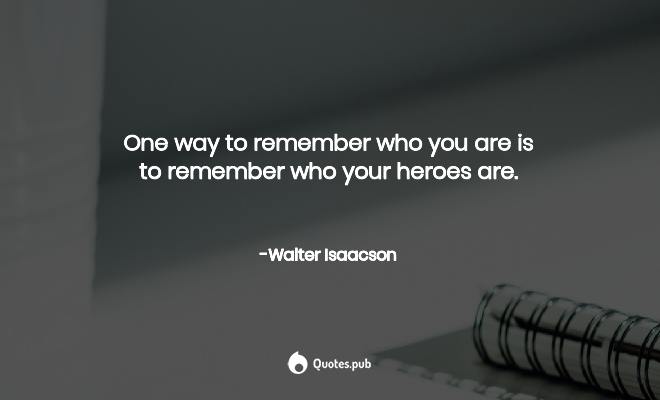 Download
If you want to live your life in a creative way, as an artist, you have to not look back too much. You have to be willing to take whatever you’ve done and whoever you were and throw them away. The more the outside world tries to reinforce an image of you, the harder it is to continu . . . Read more 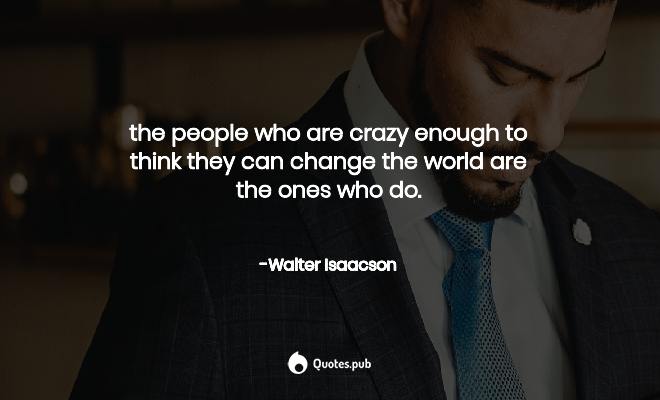 the people who are crazy enough to think they can change the world are the ones who do. 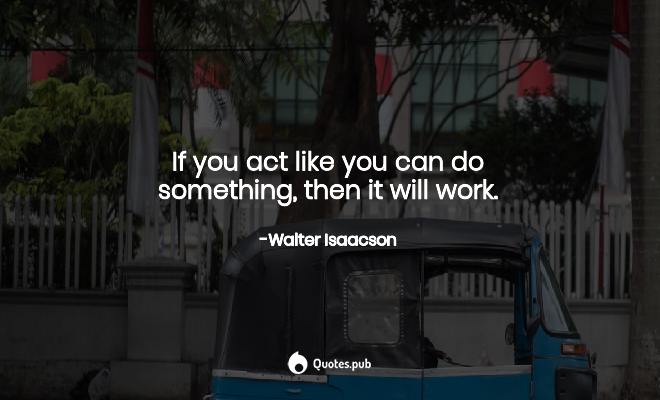 If you act like you can do something, then it will work. 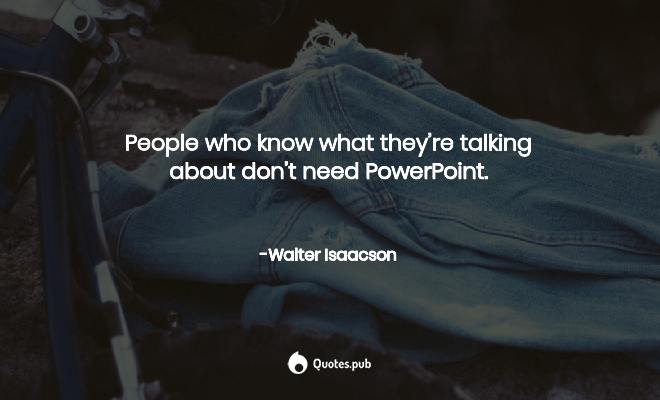 People who know what they’re talking about don’t need PowerPoint. 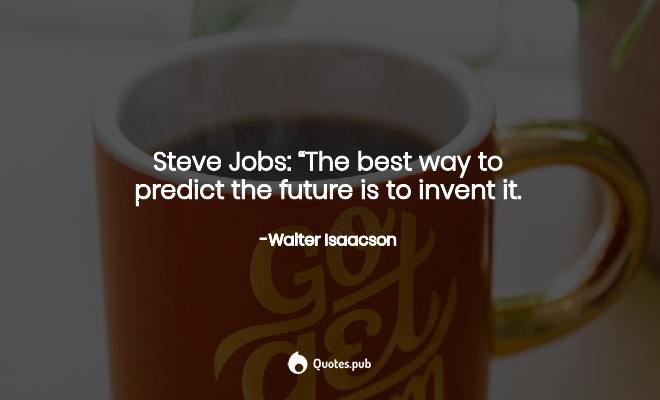 Steve Jobs: “The best way to predict the future is to invent it.