It may take a decade or two before the extent of Shakespeare's collaboration passes from the graduate seminar to the undergraduate lecture, and finally to popular biography, by which time it will be one of those things about Shakespeare that we thought we knew all along. Right now, though, for those who teach the plays and write about his life, it hasn't been easy abandoning old habits of mind. I know that I am not alone in struggling to come to terms with how profoundly it alters one's sense of how Shakespeare wrote, especially toward the end of his career when he coauthored half of his last ten plays. For intermixed with five that he wrote alone, Antony and Cleopatra, Coriolanus, The Winter's Tale, Cymbeline, and The Tempest, are Timon of Athens (written with Thomas Middleton), Pericles (written with George Wilkins), and Henry the Eighth, the lost Cardenio, and The Two Noble Kinsmen (all written with John Fletcher).

We've inherited many ideas about writing that emerged in the eighteenth century, especially an interest in literature as both an expression and an exploration of the self. This development  part of what distinguishes the "modern" from the "early modern"  has shaped the work of man . . . Read more

By wrenching this increasingly outdated revenge play into the present, Shakespeare forced his contemporaries to experience what he felt and what his play registers so profoundly: the world had changed. Old certainties were gone, even if new ones had not yet taken hold. The most convin . . . Read more 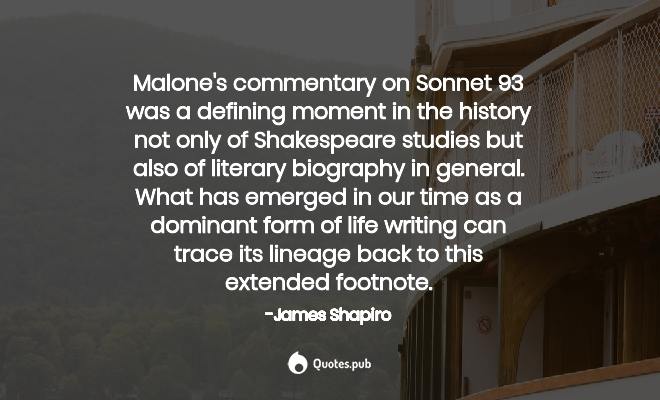 Malone's commentary on Sonnet 93 was a defining moment in the history not only of Shakespeare studies but also of literary biography in general. What has emerged in our time as a dominant form of life writing can trace its lineage back to this extended footnote. 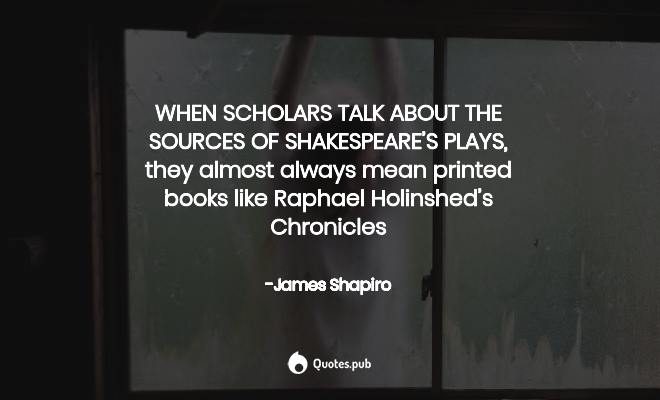 WHEN SCHOLARS TALK ABOUT THE SOURCES OF SHAKESPEARE’S PLAYS, they almost always mean printed books like Raphael Holinshed’s Chronicles 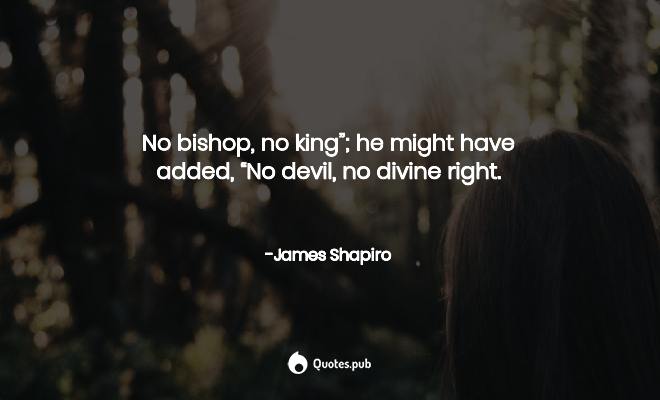 No bishop, no king”; he might have added, “No devil, no divine right. 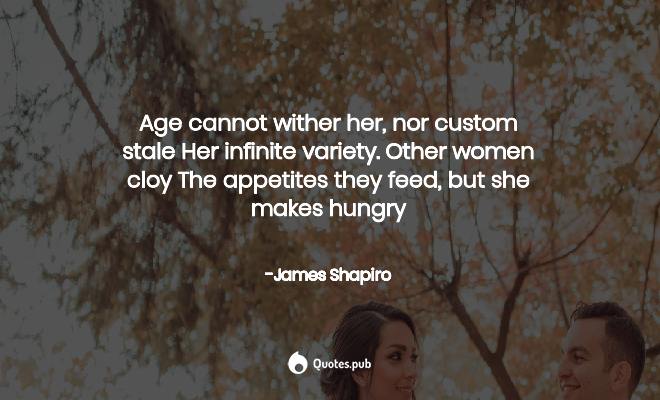 Age cannot wither her, nor custom stale Her infinite variety. Other women cloy The appetites they feed, but she makes hungry 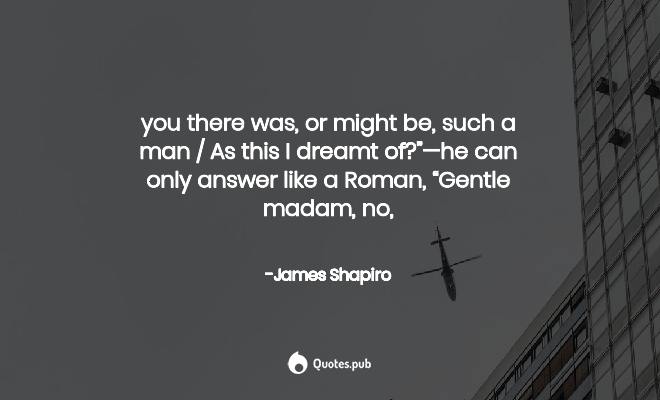 you there was, or might be, such a man / As this I dreamt of?”—he can only answer like a Roman, “Gentle madam, no, 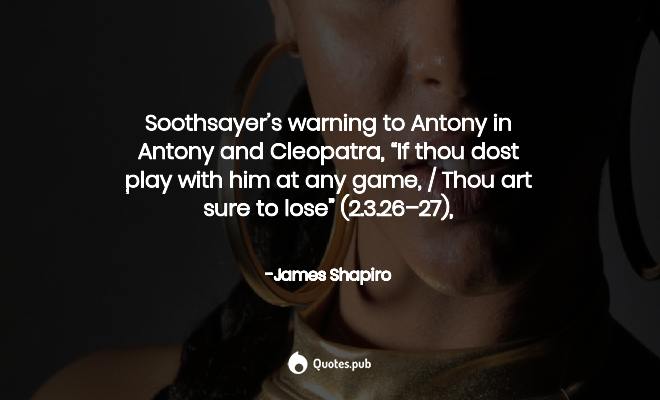 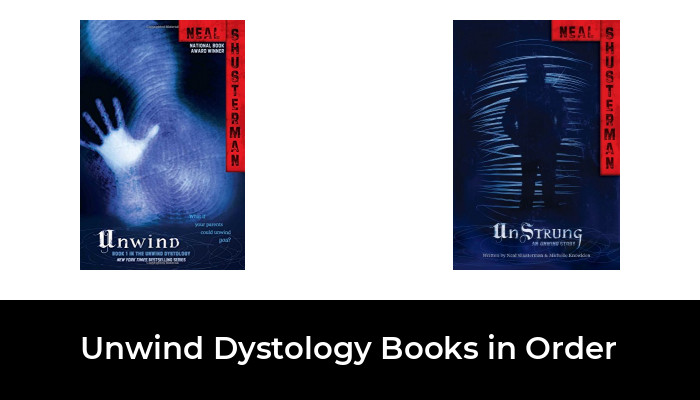 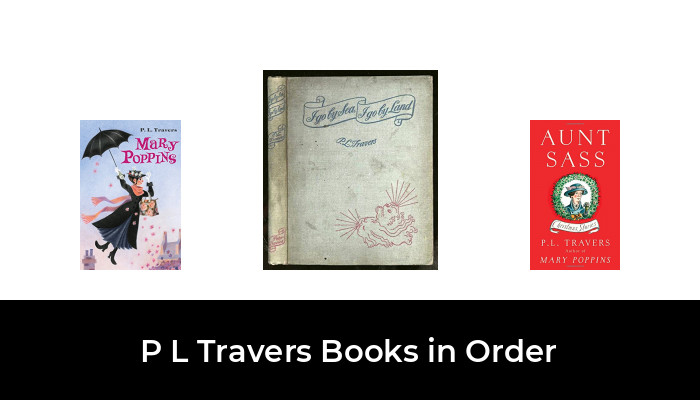 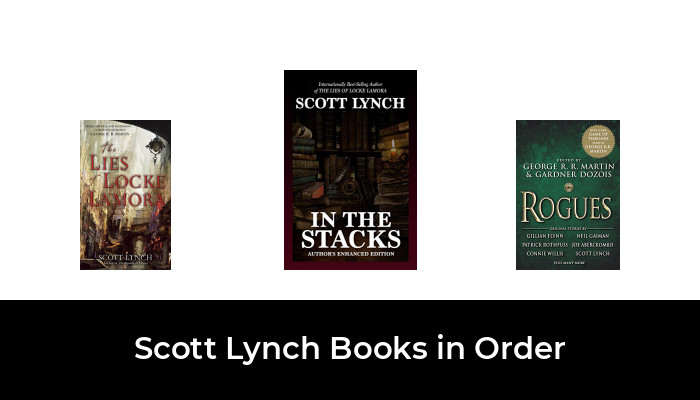