It has often given my pleasure to observe, that independent America was not composed of detached and distant territories, but that one connected fertile, wide-spreading country was the portion of our western sons of liberty. Providence has in a particular manner blessed it with a variety of soils and productions, and watered it with innumerable streams, for the delight and accommodation of its inhabitants. A succession of navigable waters form a kind of chain round its borders, as if to bind them together; while the most noble rivers in the world, running at convenient distances, present them with highways for the easy communication of friendly aids, and the mutual transportation of their various ties. With equal pleasure I have as often taken notice, that Providence has been pleased to give us this one connected country to one united people -a people descended from the same ancestors, speaking the same language, professing the same religion, attached to the same principles of government, very similar in their manners and customs, and who, by they their joint counsels, arms, and efforts, fighting side by side throughout a long and bloody war, have nobly established general liberty and independence. 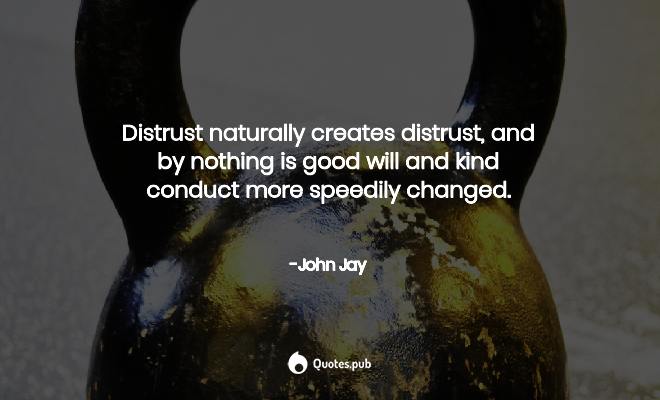 Distrust naturally creates distrust, and by nothing is good will and kind conduct more speedily changed. 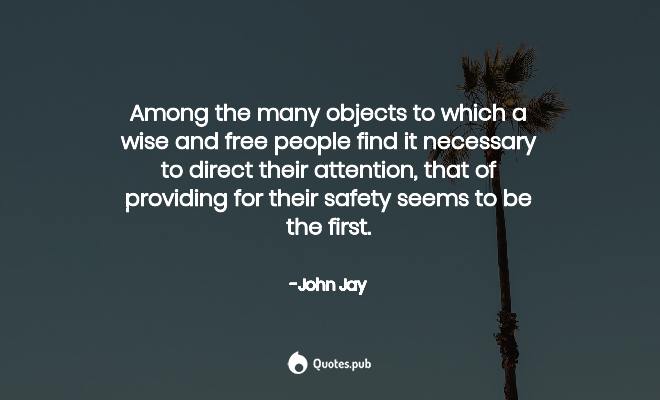 Among the many objects to which a wise and free people find it necessary to direct their attention, that of providing for their safety seems to be the first.

Download
The wise and the good never form the majority of any large society and it seldom happens that their measures are uniformly adopted.... [All that wise and good men can do is] to persevere in doing their duty to their country and leave the consequences to him who made men only; neither . . . Read more 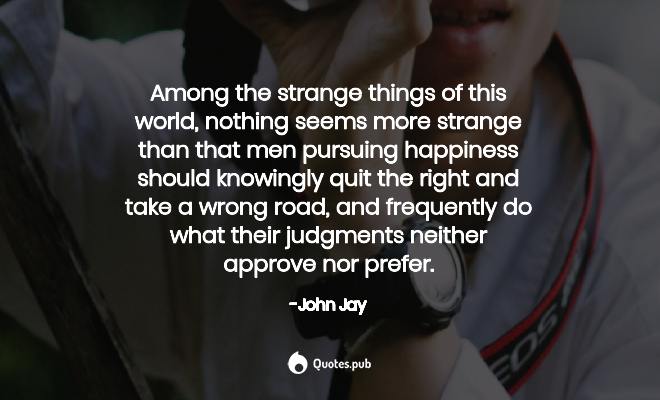 Among the strange things of this world, nothing seems more strange than that men pursuing happiness should knowingly quit the right and take a wrong road, and frequently do what their judgments neither approve nor prefer. 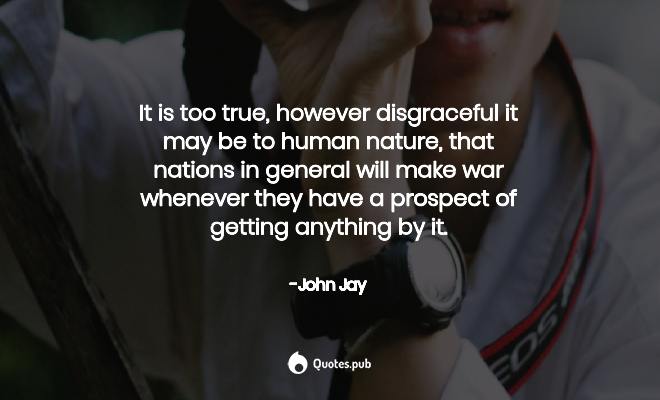 It is too true, however disgraceful it may be to human nature, that nations in general will make war whenever they have a prospect of getting anything by it. 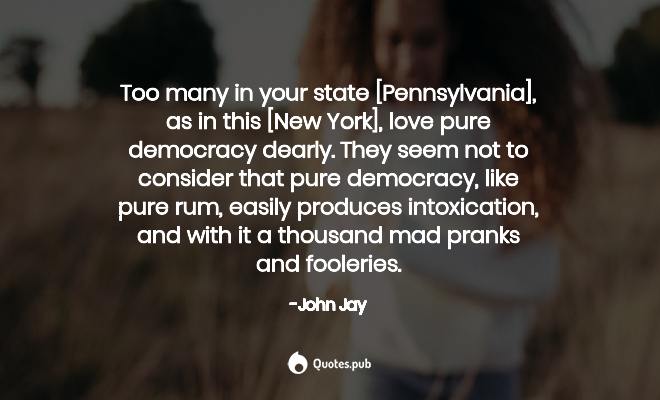 Too many in your state [Pennsylvania], as in this [New York], love pure democracy dearly. They seem not to consider that pure democracy, like pure rum, easily produces intoxication, and with it a thousand mad pranks and fooleries. 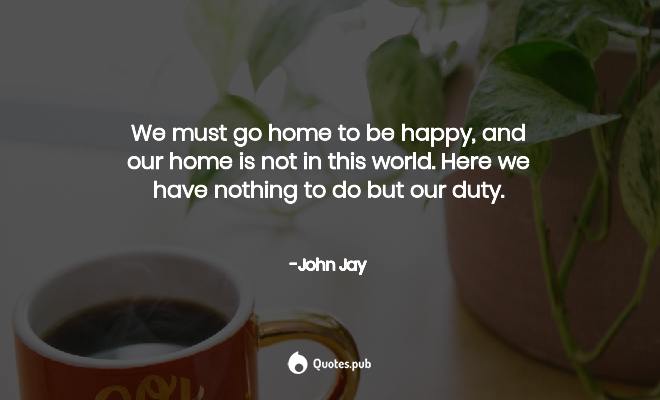 We must go home to be happy, and our home is not in this world. Here we have nothing to do but our duty. 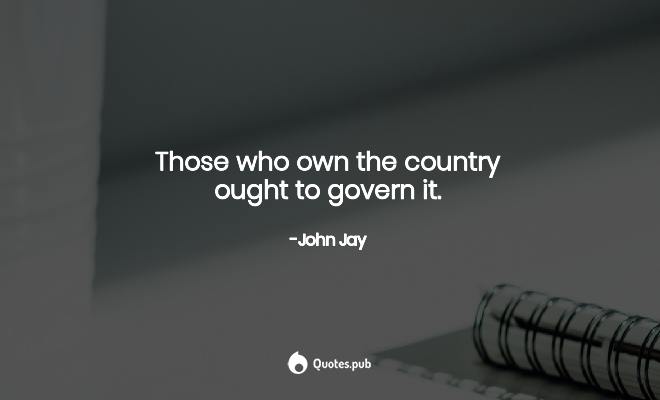 Those who own the country ought to govern it.