It comes from history. It comes from the record of the Inquisition, persecuting heretics and torturing Jews and all that sort of stuff; and it comes from the other side, too, from the Protestants burning the Catholics. It comes from the insensate pursuit of innocent and crazy old women, and from the Puritans in America burning and hanging the witches — and it comes not only from the Christian church but also from the Taliban. Every single religion that has a monotheistic god ends up by persecuting other people and killing them because they don't accept him. Wherever you look in history, you find that. It’s still going on. 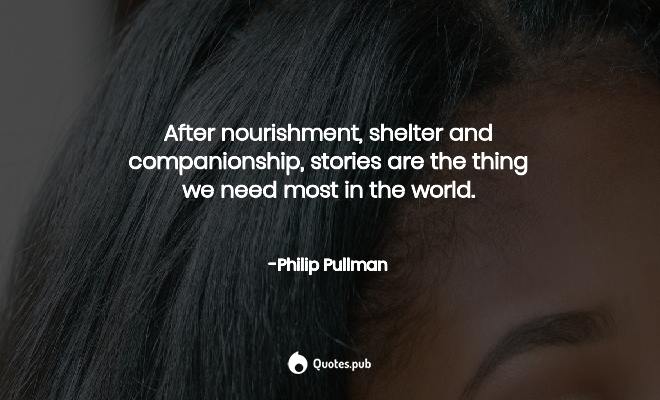 After nourishment, shelter and companionship, stories are the thing we need most in the world.

We don’t need a list of rights and wrongs, tables of dos and don’ts: we need books, time, and silence. Thou shalt not is soon forgotten, but Once upon a time lasts forever.

Download
I think it's perfectly possible to explain how the universe came about without bringing God into it, but I don't know everything, and there may well be a God somewhere, hiding away. Actually, if he is keeping out of sight, it's because he's ashamed of his followers and all the cruelty . . . Read more 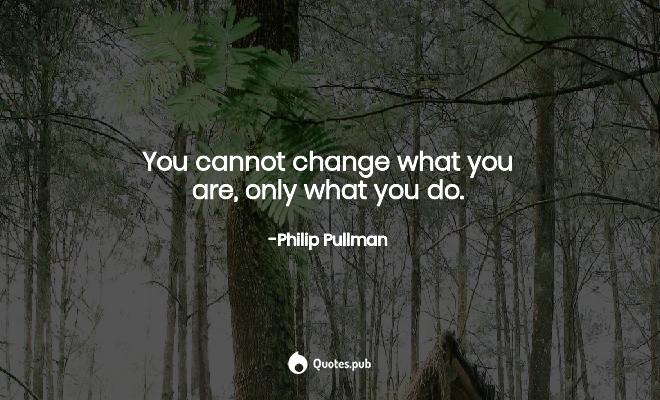 You cannot change what you are, only what you do. 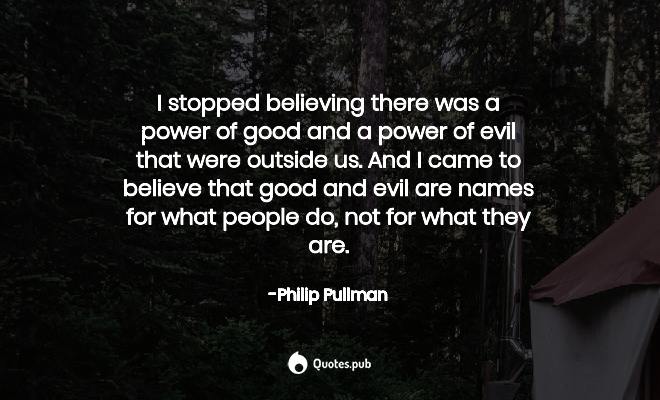 I stopped believing there was a power of good and a power of evil that were outside us. And I came to believe that good and evil are names for what people do, not for what they are.

Download
I'll be looking for you, Will, every moment, every single moment. And when we do find each other again, we'll cling together so tight that nothing and no one'll ever tear us apart. Every atom of me and every atom of you... We'll live in birds and flowers and dragonflies and pine trees . . . Read more 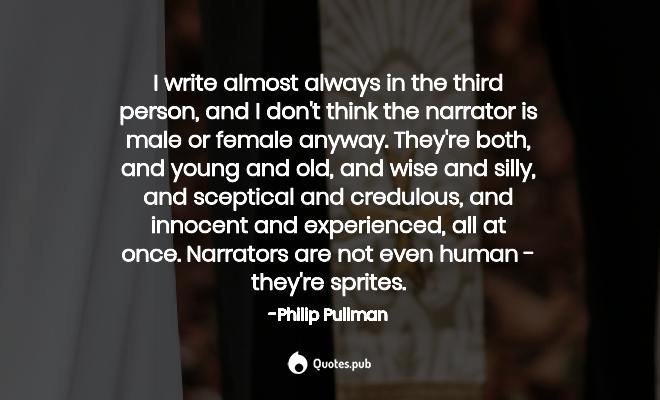 I write almost always in the third person, and I don't think the narrator is male or female anyway. They're both, and young and old, and wise and silly, and sceptical and credulous, and innocent and experienced, all at once. Narrators are not even human - they're sprites. 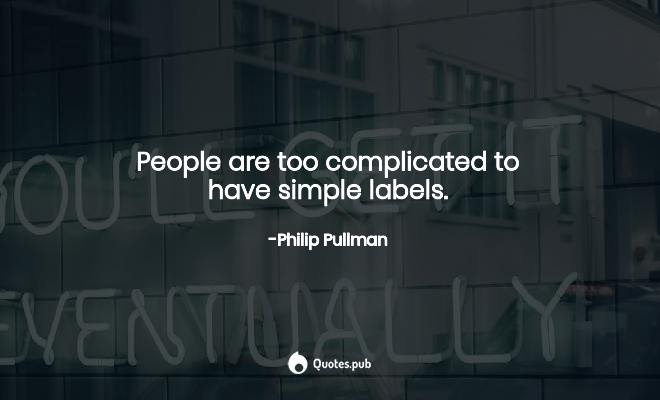 People are too complicated to have simple labels.