Impossible!' the professor said as he gazed at D in utter disbelief. He realized something for the first time - the young man before him was an entirely different form of life from himself.'This just can't be,' he stammered. 'I used the Noble's secret...to make a new race...' 'You failed', the the voice said. 'There's only ever been one success. 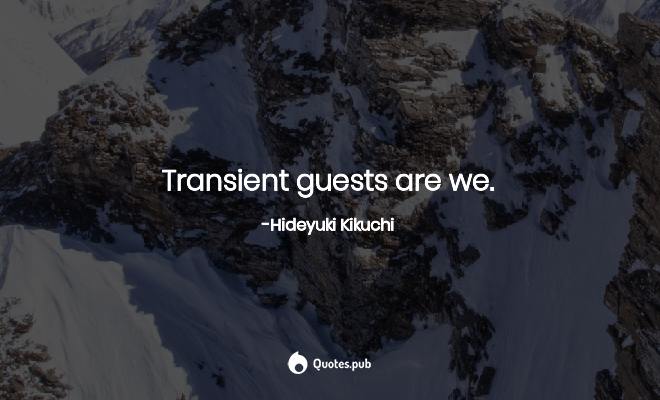 Transient guests are we. 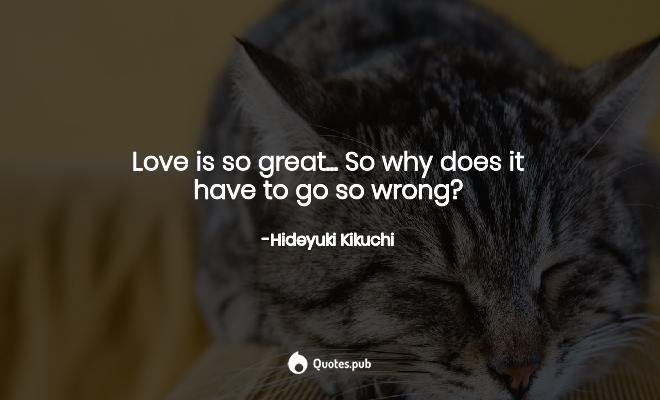 Love is so great... So why does it have to go so wrong? 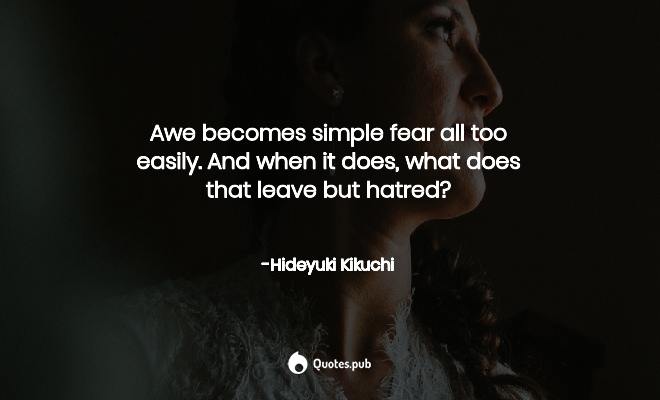 Awe becomes simple fear all too easily. And when it does, what does that leave but hatred?

Download
The baron had one hand pressed to the nape of his neck, and the chest of his shirt was speckled with drops of blood.'Were you bitten?''Yes'His face was pale, his lips colorless, and from them poked a pair of bloody red fangs - Taki's throat had been torn open.'And that . . . Read more

If that guy don't look like the loneliest thing ever. And it ain't because he's turned his back on the world. With him, everybody's happy to see him coming, but no one's sorry to see him go. And anybody who catches sight of him is bound to step aside on account of the intense scent he's got about him. 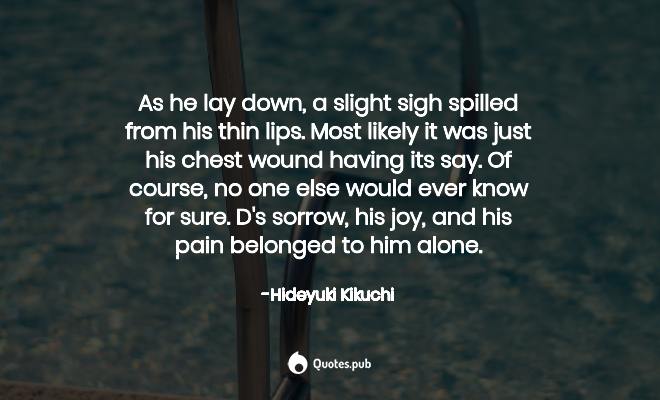 As he lay down, a slight sigh spilled from his thin lips. Most likely it was just his chest wound having its say. Of course, no one else would ever know for sure. D's sorrow, his joy, and his pain belonged to him alone. 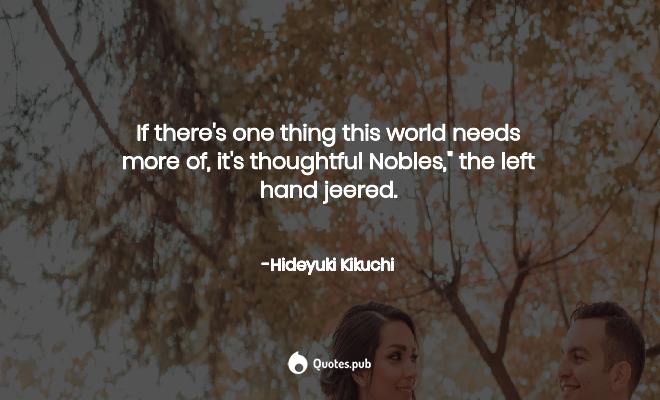 If there's one thing this world needs more of, it's thoughtful Nobles," the left hand jeered.