If basketball was going to enable Bradley to make friends, to prove that a banker's son is as good as the next fellow, to prove that he could do without being the greatest-end-ever at Missouri, to prove that he was not chicken, and to live up to his mother's championship standards, and if he was going to have some moments left over to savor his delight in the game, he obviously needed considerable practice, so he borrowed keys to the gym and set a schedule for himself that he adhereded to for four full years—in the school year, three and a half hours every day after school, nine to five on Saturday, one-thirty to five on Sunday, and, in the summer, about three hours a day.

Topics : A Sense of Where You Are: Bill Bradley at Princeton Quotes Basketball Quotes Hard work Quotes 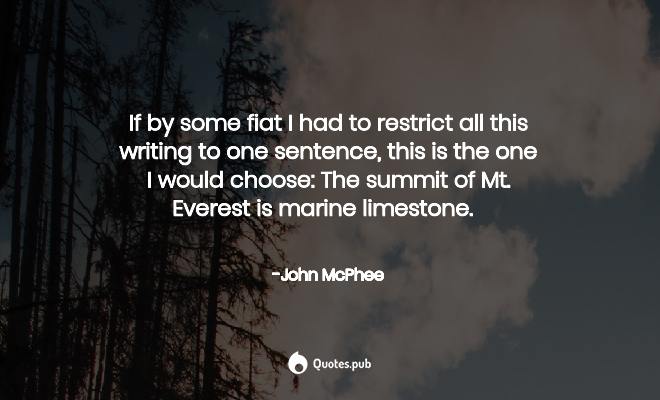 If by some fiat I had to restrict all this writing to one sentence, this is the one I would choose: The summit of Mt. Everest is marine limestone. 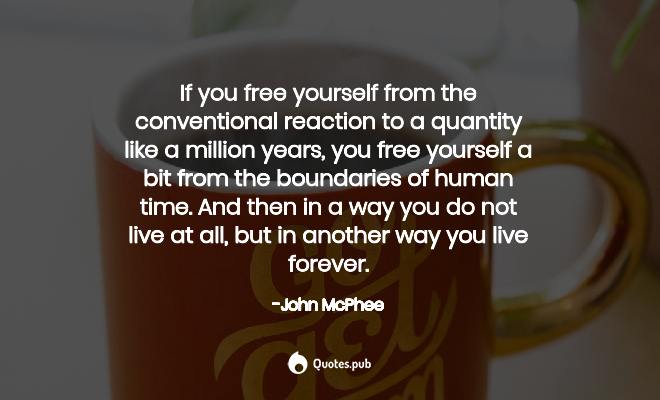 Download
When the climbers in 1953 planted their flags on the highest mountain, they set them in snow over the skeletons of creatures that had lived in the warm clear ocean that India, moving north, blanked out. Possibly as much as twenty thousand feet below the seafloor, the skeletal remains . . . Read more

The Himalayas are the crowning achievement of the Indo-Australian plate. India in the Oligocene crashed head on into Tibet, hit so hard that it not only folded and buckled the plate boundaries but also plowed into the newly created Tibetan plateau and drove the Himalayas five and a ha . . . Read more

Speaking of libraries: A big open-stack academic or public library is no small pleasure to work in. You're, say, trying to do a piece on something in Nevada, and you go down to C Floor, deep in the earth, and out to what a miner would call a remote working face. You find 10995.497S ju . . . Read more 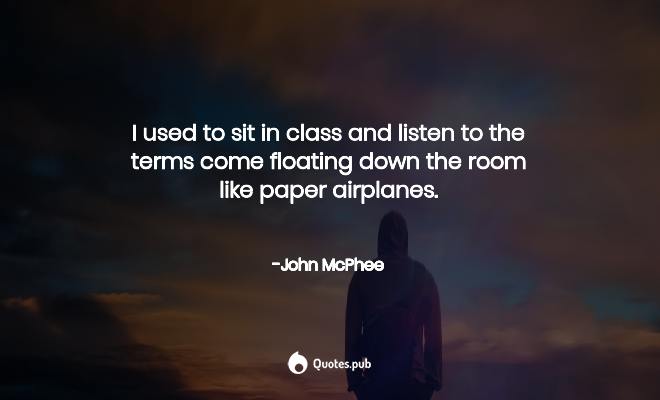 I used to sit in class and listen to the terms come floating down the room like paper airplanes.