I think it was this: like most of us, he was carrying a misery in his soul. I don't say it to forgive what he done, [sic] only to say it as true as I can. He was a wrong-minded man, but inside- I swear this is true- he was always that little boy eating that fried-egg sandwich in that dark hallway while the steam pipe dripped water on his head. I don't ask you to excuse him, only to understand that there's people who don't have what others do, and sometimes they get hurtful in their hearts, and they puff themselves up and try all sorts of schemes to level the ground- to get the bricks and joints all plumb, Ray used to say. They take wrong turns, hit dead ends, and sometimes they never make their way back. ~Clare 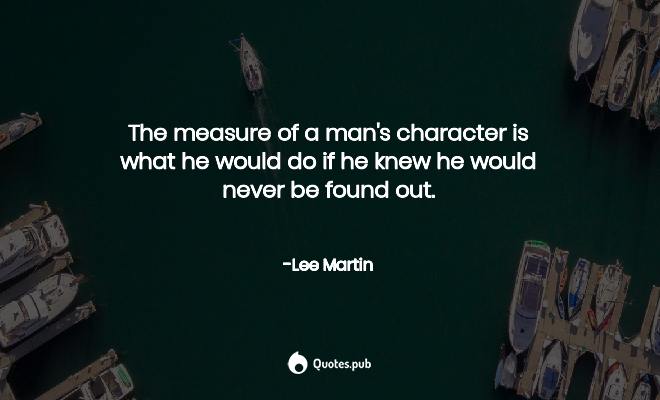 The measure of a man's character is what he would do if he knew he would never be found out.

Download
When someone you love disappears, it's like the light goes dim, and you're in the shadows. You try to do what people tell you: put one foot in front of the other; keep looking up; give yourself over to the seconds and minutes and hours. But always there's taht glimmer of light-that wa . . . Read more 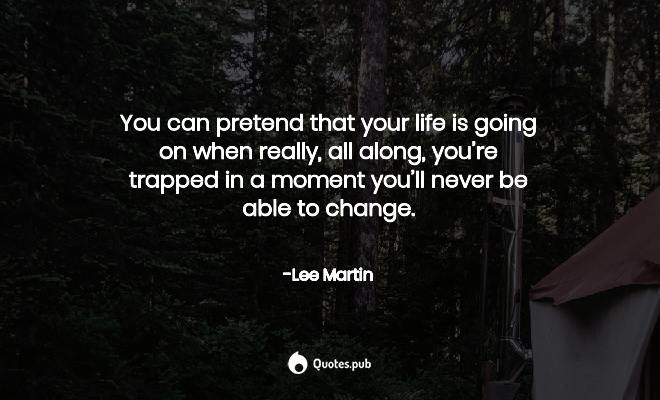 You can pretend that your life is going on when really, all along, you’re trapped in a moment you’ll never be able to change. 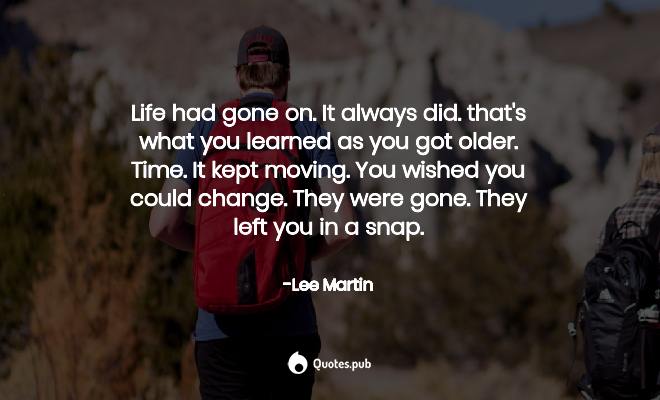 Life had gone on. It always did. that's what you learned as you got older. Time. It kept moving. You wished you could change. They were gone. They left you in a snap.

Download
That's the way it was, always will be. nothing we can do to make it different. It's a story now, and stories have endings even when you don't know- fools like me- that you're already in the middle of one, and you're already making choices... Choices that will bring you to places you'd . . . Read more 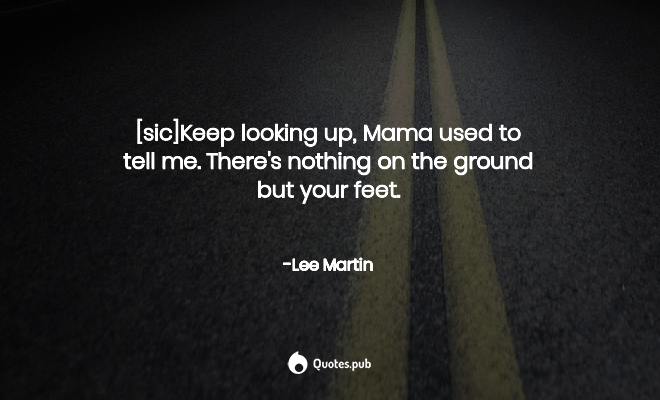 [sic]Keep looking up, Mama used to tell me. There's nothing on the ground but your feet. 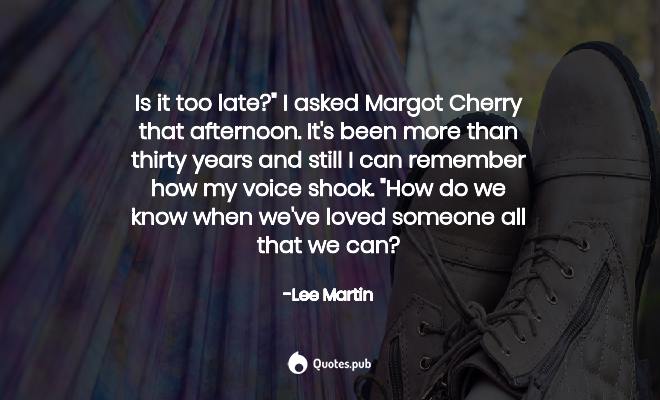 Is it too late?" I asked Margot Cherry that afternoon. It's been more than thirty years and still I can remember how my voice shook. "How do we know when we've loved someone all that we can?

Download
I thought to myself then that it didn't matter where I ended up; I'd always be living that summer in that town, wishing that I;d done things differently, tormented by the fact that I hadn't. I'd never go far enough to be able to escape it. Maybe you're happy about that. OR maybe you'r . . . Read more