I had survived the work gangs in the ghetto. Baked bread under cover of night. Hidden in a pigeon coop. Had a midnight bar mitzvah in the basement of an abandoned building. I had watched my parents be taken away to their deaths, had avoided Amon Goeth and his dogs, had survived the salt mines of Wieliczka and the sick games of Trzebinia. I had done so much to live, and now, here, the Nazis were going to take all that away with their furnace! I started to cry, the first tears I had shed since Moshe died. Why had I worked so hard to survive if it was always going to end like this? If I had known, I wouldn't have bothered. I would have let them kill me back in the ghetto. It would have been easier that way. All that I had done was for nothing. 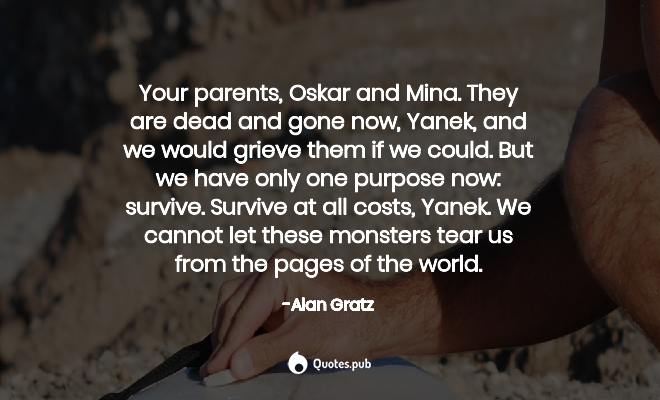 Your parents, Oskar and Mina. They are dead and gone now, Yanek, and we would grieve them if we could. But we have only one purpose now: survive. Survive at all costs, Yanek. We cannot let these monsters tear us from the pages of the world.

It was all a big joke. I could see that now. There was no rhyme or reason to whether we lived or died. One day it might be the man next to you at roll call who is torn apart by dogs. The next day it might be you who is shot through the head. You could play the game perfectly and still . . . Read more

I shook with helplessness and rage, but also with fear. This was what fighting back earned you. More abuse. More death. Half a dozen Jews would be murdered today because one man refused to die without a fight. To fight back was to die quickly and to take others with you.This w . . . Read more 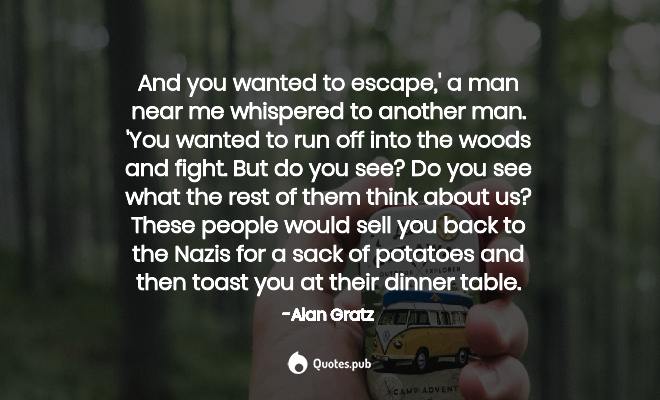 And you wanted to escape,' a man near me whispered to another man. 'You wanted to run off into the woods and fight. But do you see? Do you see what the rest of them think about us? These people would sell you back to the Nazis for a sack of potatoes and then toast you at their dinner table.

Download
The ceremony was fast so we wouldn't be caught. When it was over, the men all whispered 'Mazel tov' and climbed back onto their shelves. I went up to the boy and pressed the wooden horse into his hands, the only present I could give him. The boy looked at me with big, round eyes. Had . . . Read more 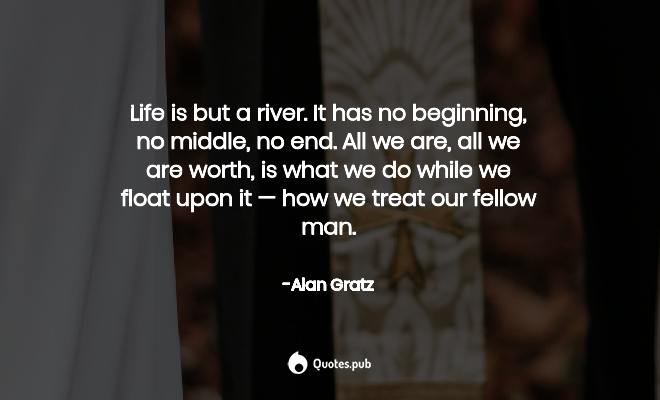 Life is but a river. It has no beginning, no middle, no end. All we are, all we are worth, is what we do while we float upon it — how we treat our fellow man.