I did not yet know that, contrary to youth's sense of itself as tolerant, freethinking, and egalitarian, it is more often stubbornly critical and judgmental, priggish and snobbish. I would find these faults much later (glaring) in my son and daughter and their friends. But at that age myself, I did not see how we truly were, nor did I put together that these faults were often worst in those with the strongest political opinions.

Topics : The Last of Her Kind Quotes

Here are more lines from The Great Gatsby. I liked to walk up Fifth Avenue and pick out romantic women from the crowd and imagine that in a few minutes I was going to enter into their lives, and no one would ever know or disapprove. I like to remember when I was one of them, o . . . Read more 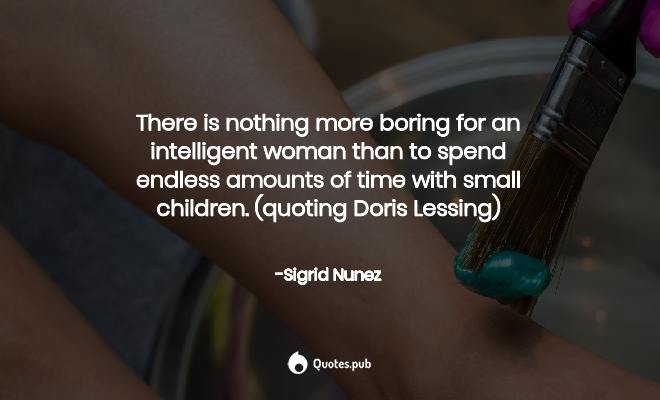 There is nothing more boring for an intelligent woman than to spend endless amounts of time with small children. (quoting Doris Lessing) 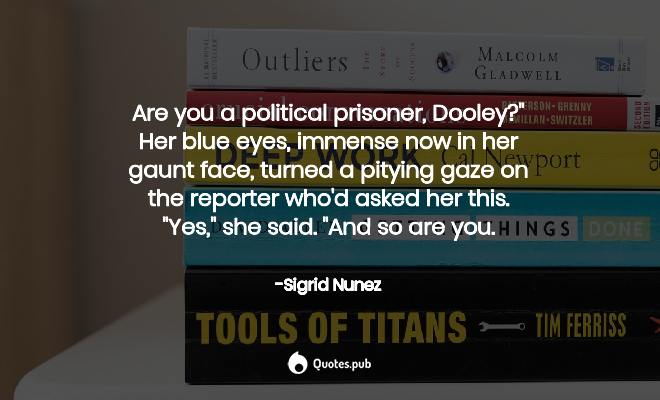 Are you a political prisoner, Dooley?"Her blue eyes, immense now in her gaunt face, turned a pitying gaze on the reporter who'd asked her this. "Yes," she said. "And so are you. 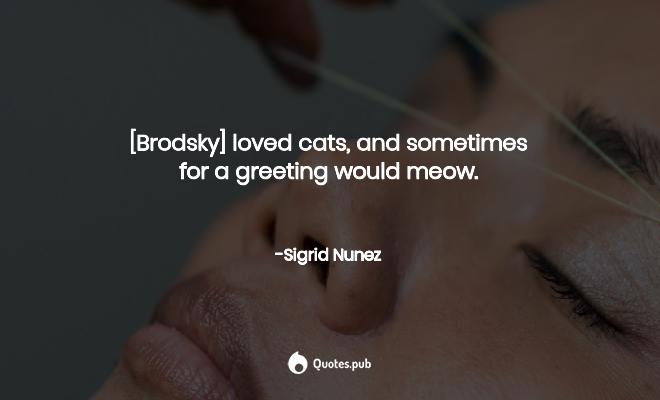 [Brodsky] loved cats, and sometimes for a greeting would meow.

Download
That there could be something in the world that a woman could want more than children has been viewed as unacceptable. Things may be marginally different now, but, even if there is something she wants more than children, that is no reason for a woman to remain childless. Any normal wo . . . Read more

Another memory. She walks into the kitchen, sits down at the kitchen counter with me, and says, “I just got a very interesting phone call. It was some guy who said he was doing a survey for the Maidenform company, and would I take a minute to answer a couple of questions. So I said . . . Read more 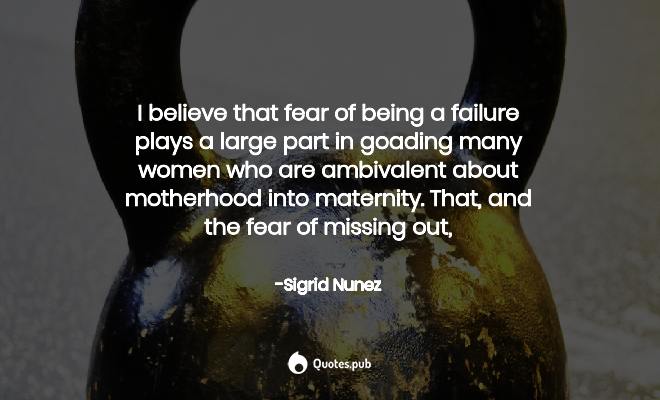 I believe that fear of being a failure plays a large part in goading many women who are ambivalent about motherhood into maternity. That, and the fear of missing out,

Download
But even before she got to college, Ann's thinking had become to change. She could no longer see herself working for the system. The system was corrupt through and through, she said, and you could not be a part of it without becoming corrupt yourself. So it was goodbye to that dream, . . . Read more