I cannot say what it was that made me take that one step forward. Maybe it was the hesitation in his voice. I knew what it cost him to let himself speak thus. Maybe it was the memory of how he had looked as he slept. I just knew, overwhelmingly, that if I did not touch him I would shatter in pieces. Jump, cried the wind. Jump over. I shut my eyes and moved toward him, and my arms went aroun his waist, and I rested my head against his chest and let my tears flow. There, said the voice deep inside me. See how easy it was? Bran went very still; and then his arms came around me, quite cautiously, as if he had never done this before and was not at all sure how one went about it. We stood there awhile, and the feeling was good, so good, like a homecoming after long troubles. Until I held him, I did not realize how much I had longed for it. Until I held him, I did not realize he was just the right height to put his arms comfortably around my shoulders, for me to rest my brow in the hollow of his neck, where the blood pulsed under the skin--a perfect fit.

Topics : Son of the Shadows Quotes 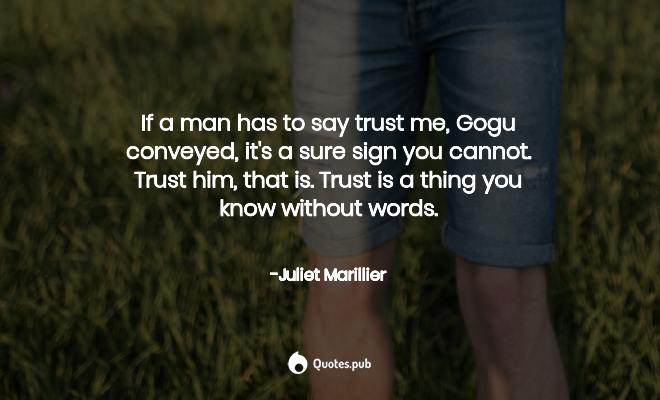 If a man has to say trust me, Gogu conveyed, it's a sure sign you cannot. Trust him, that is. Trust is a thing you know without words.

Download
He would have told her - he would have said, it matters not if you are here or there, for I see you before me every moment. I see you in the light of the water, in the swaying of the young trees in the spring wind. I see you in the shadows of the great oaks, I hear your voice in the c . . . Read more 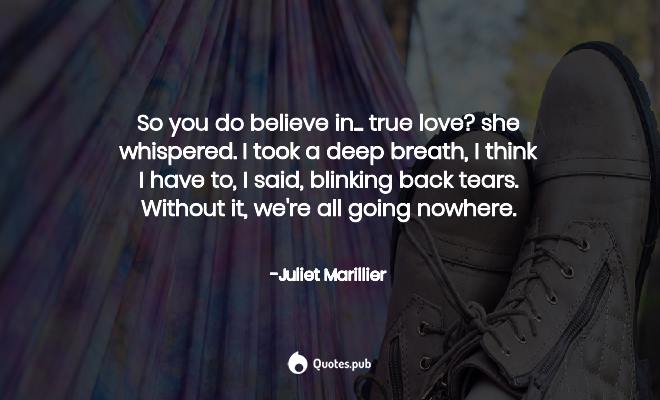 So you do believe in... true love? she whispered.I took a deep breath, I think I have to, I said, blinking back tears. Without it, we're all going nowhere. 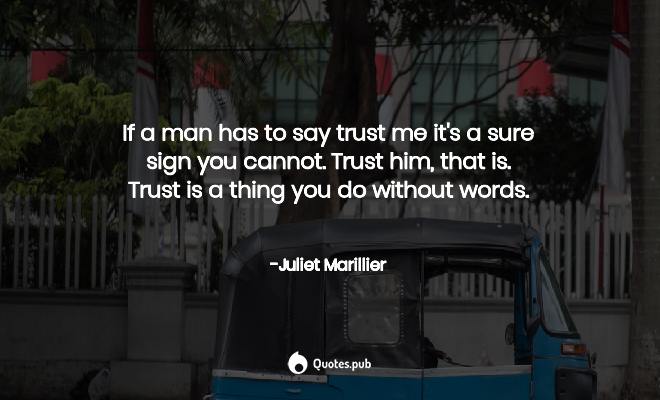 If a man has to say trust me it's a sure sign you cannot. Trust him, that is. Trust is a thing you do without words. 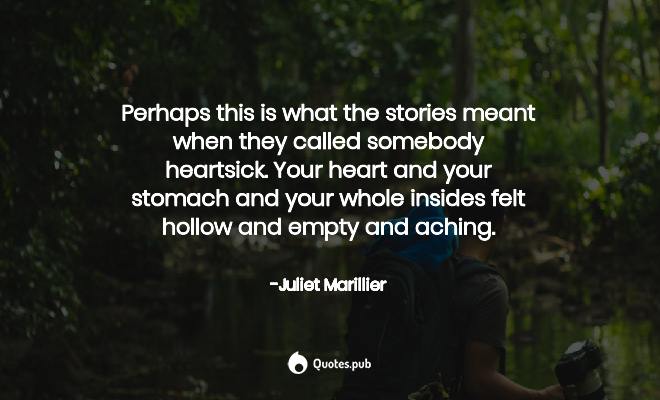 Perhaps this is what the stories meant when they called somebody heartsick. Your heart and your stomach and your whole insides felt hollow and empty and aching. 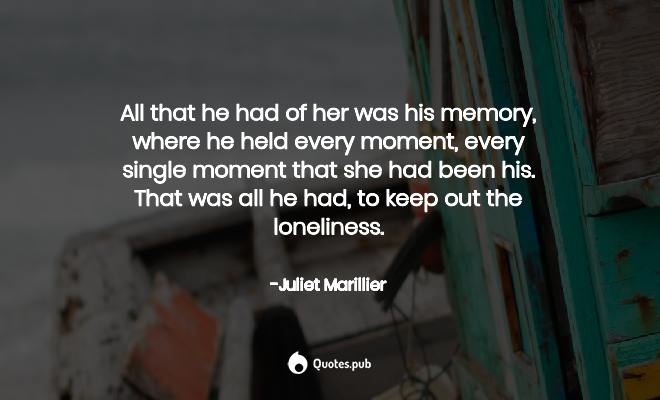 All that he had of her was his memory, where he held every moment, every single moment that she had been his. That was all he had, to keep out the loneliness.

Download
You know not, yet, the sort of love that strikes like a lightning bolt; that clutches hold of you by the heart, as irrevocably as death; that becomes the lodestar by which you steer the rest of your life. I would not wish such a love on anyone, man or woman, for it can make your life . . . Read more 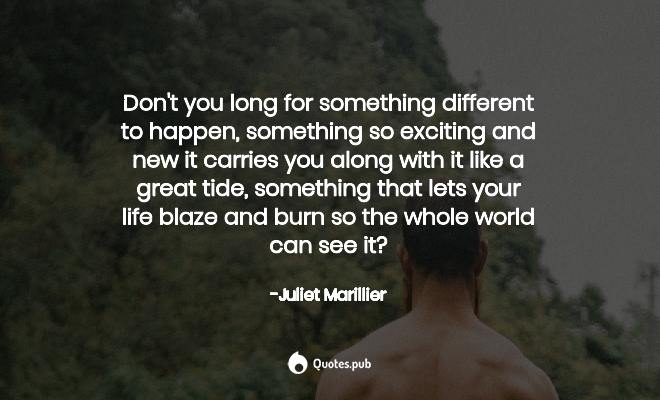 Don't you long for something different to happen, something so exciting and new it carries you along with it like a great tide, something that lets your life blaze and burn so the whole world can see it? 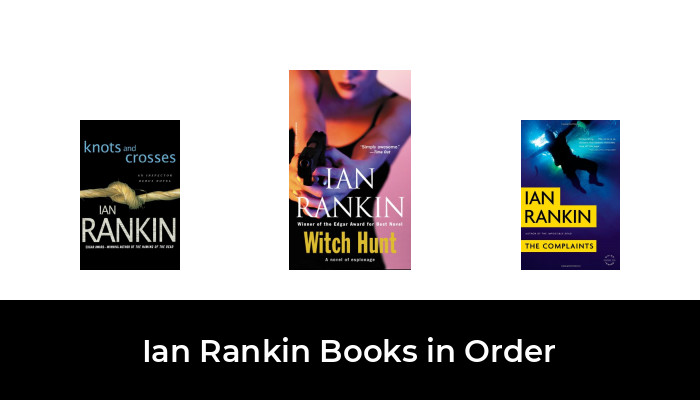 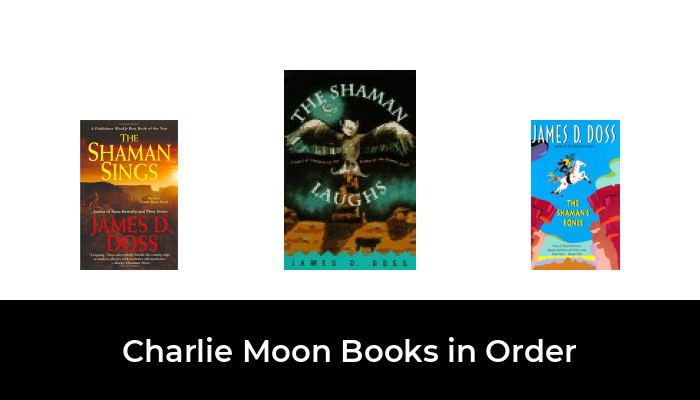 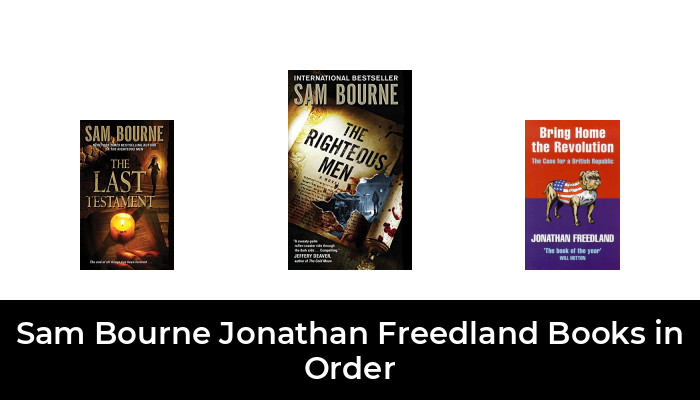