I always said I wanted Essence to be like Time Warner, the publishing empire that had movies, books, and television, as well as magazines in its vast holdings. I saw ECI as a miniconglomerate within the African American community. But I knew we had to expend our core magazine business into other magazine ventures if we were going to grow the franchise.

Topics : The Man from Essence: Creating a Magazine for Black Women Quotes 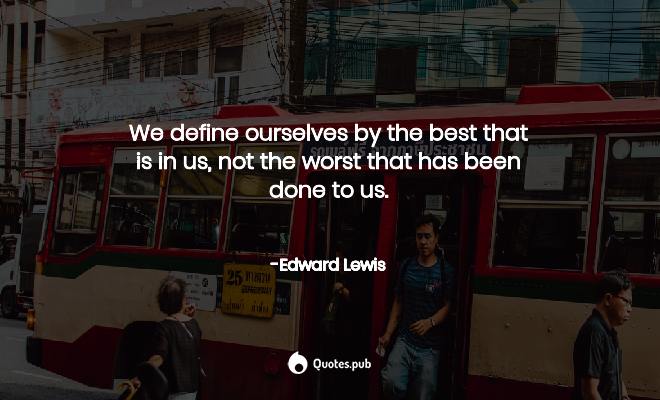 We define ourselves by the best that is in us, not the worst that has been done to us. 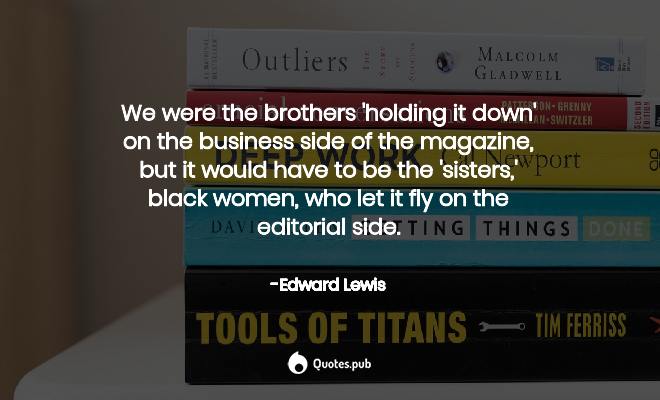 We were the brothers 'holding it down' on the business side of the magazine, but it would have to be the 'sisters,' black women, who let it fly on the editorial side. 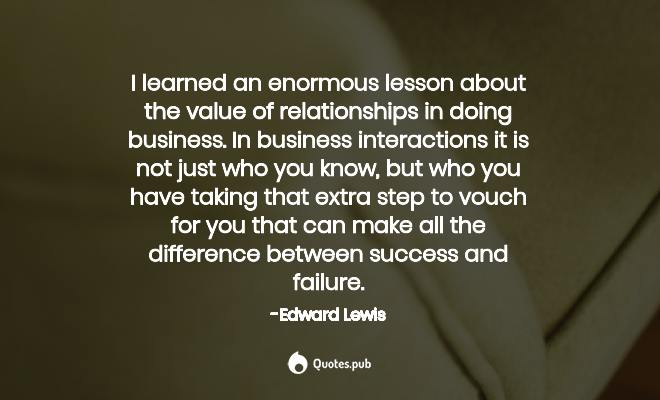 I learned an enormous lesson about the value of relationships in doing business. In business interactions it is not just who you know, but who you have taking that extra step to vouch for you that can make all the difference between success and failure.

Download
On the sale of Essence Communications Inc: "What I would first learn is something that Suzanne de Passe, the legendary Hollywood producer who headed Motown Productions, commented on thirty years ago when there was talk of Motown being sold: 'In a certain way black people seem to feel . . . Read more 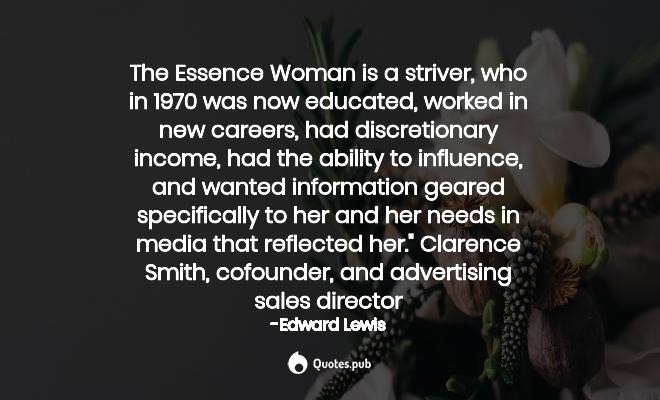 The Essence Woman is a striver, who in 1970 was now educated, worked in new careers, had discretionary income, had the ability to influence, and wanted information geared specifically to her and her needs in media that reflected her." Clarence Smith, cofounder, and advertising sales director

Download
The first issue of Essence featured a cover showing a beautiful, sensually full-featured black woman crowned by a glistening Afro emerging from shadow into the light of a new day. The cover date was May 1970, the newsstand price was 60 cents, the subscription rate was $5.00 for a year . . . Read more 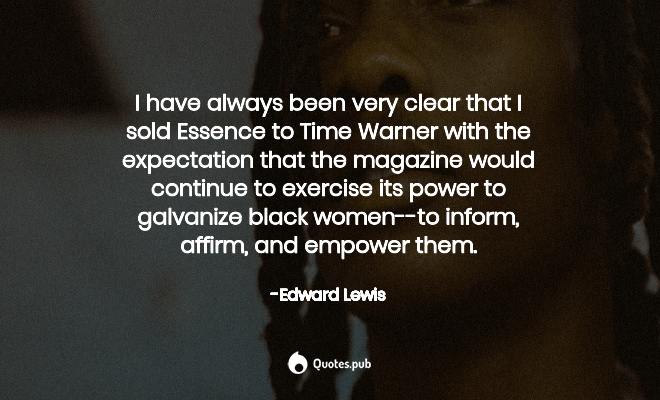 I have always been very clear that I sold Essence to Time Warner with the expectation that the magazine would continue to exercise its power to galvanize black women--to inform, affirm, and empower them. 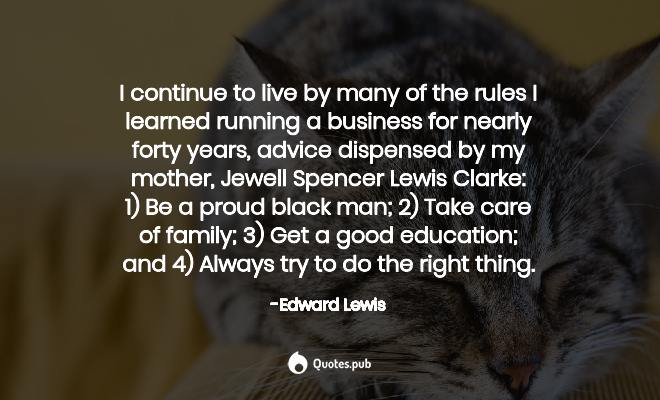 I continue to live by many of the rules I learned running a business for nearly forty years, advice dispensed by my mother, Jewell Spencer Lewis Clarke: 1) Be a proud black man; 2) Take care of family; 3) Get a good education; and 4) Always try to do the right thing.