How is it that hardly any major religion has looked at science and concluded, “This is better than we thought! The Universe is much bigger than our prophets said, grander, more subtle, more elegant?” Instead they say, “No, no, no! My god is a little god, and I want him to stay that way.” A religion, old or new, that stressed the magnificence of the Universe as revealed by modern science might be able to draw forth reserves of reverence and awe hardly tapped by the conventional faiths. 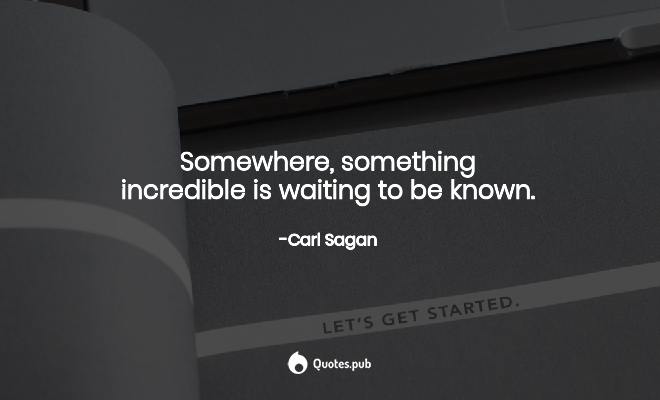 Somewhere, something incredible is waiting to be known.

Download
Look again at that dot. That's here. That's home. That's us. On it everyone you love, everyone you know, everyone you ever heard of, every human being who ever was, lived out their lives. The aggregate of our joy and suffering, thousands of confident religions, ideologies, and economi . . . Read more 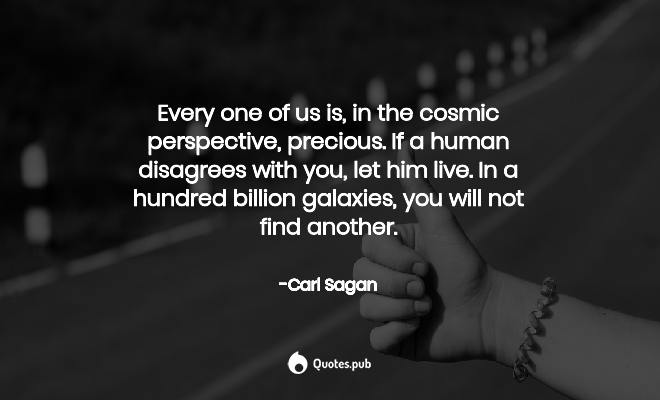 Every one of us is, in the cosmic perspective, precious. If a human disagrees with you, let him live. In a hundred billion galaxies, you will not find another. 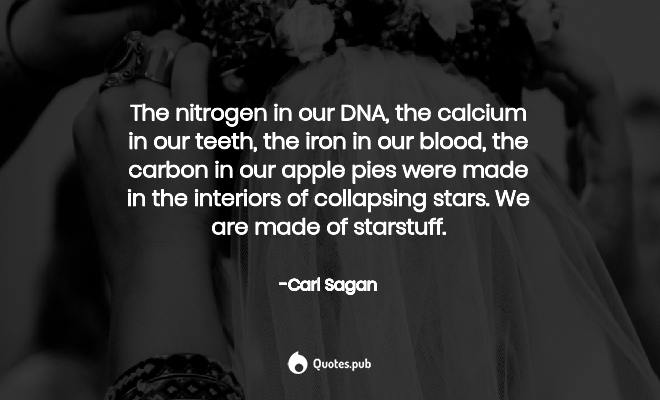 The nitrogen in our DNA, the calcium in our teeth, the iron in our blood, the carbon in our apple pies were made in the interiors of collapsing stars. We are made of starstuff. 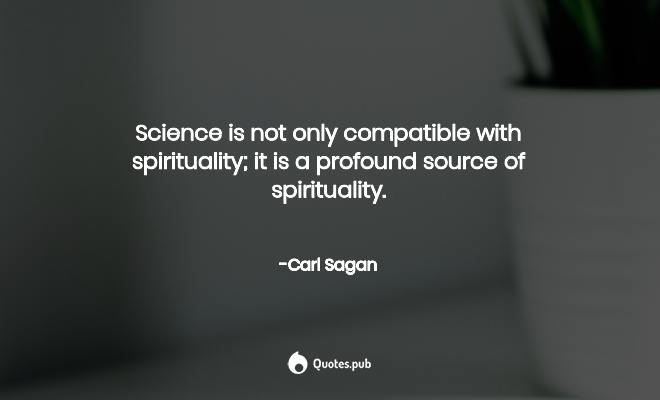 Science is not only compatible with spirituality; it is a profound source of spirituality.

One glance at a book and you hear the voice of another person, perhaps someone dead for 1,000 years. To read is to voyage through time.