His lips touched the back of her neck and moved along her stubborn shoulder. One hand stroked her breasts, and the other moved unerringly between her thighs; he found the most sensitive part of her and moved against her and in her until her half-formed protests turned into soft, stifled moans. The moon moved lower in the sky, tangling itself in her eyes until he closed them with surprisingly gentle kisses. Her body was the ocean and his was the wild wind -- turning ripples into foam-capped breakers that soared and curved translucently before they crashed into oblivion against distant shores. 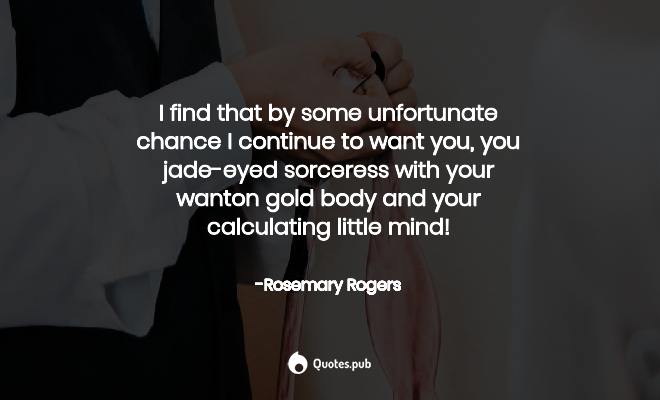 I find that by some unfortunate chance I continue to want you, you jade-eyed sorceress with your wanton gold body and your calculating little mind!

Download
Sara fled upstairs as if the devil himself had been after her, leaning, gasping for breath against the thick wooden door that had no lock on the inside -- symbolic of her position here and a reminder of another age when women had been OWNED like property, and used according to the dic . . . Read more

Oh, he'd be back all right! Giving her the last laugh before she moved out. And that was why she hadn't moved out yet. Just knowing she could, anytime she wanted to, made all the difference, of course. She'd just wait for him to succumb one more time, that was all. One more time -- pr . . . Read more

Laura decided to send a cable to Lady Honoria after all, on the chance that she might still reach her in Baden-Baden. But while she was planning what to say, she felt, all of a sudden, the room start to spin about her, dizzying her, so that she fell back across the bed and across the . . . Read more 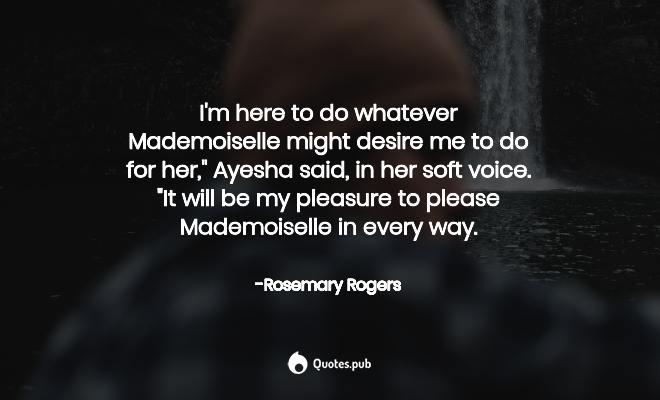 I'm here to do whatever Mademoiselle might desire me to do for her," Ayesha said, in her soft voice. "It will be my pleasure to please Mademoiselle in every way. 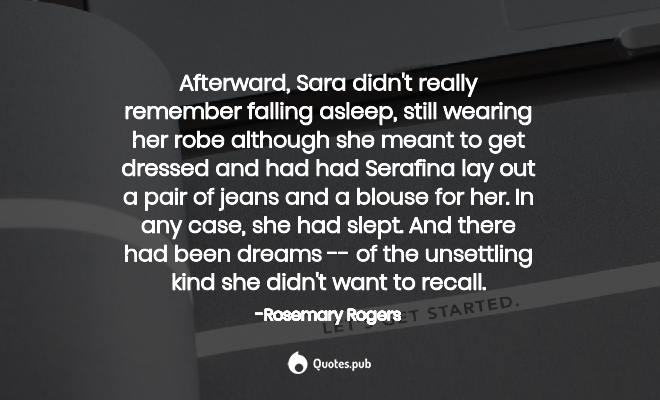 Afterward, Sara didn't really remember falling asleep, still wearing her robe although she meant to get dressed and had had Serafina lay out a pair of jeans and a blouse for her. In any case, she had slept. And there had been dreams -- of the unsettling kind she didn't want to recall.

Download
Once she had managed to compose herself enough for sleep, Sara slept as if she never wanted to wake up. In her dreams she was pursued by a great beast of a wolf with slavering jaws and eyes that glowed redly in the night. And in spite of the fact that she knew he could overtake her wi . . . Read more

Lalie had helped her undress, down to her sheer silk shift, and Marisa had removed even that, feeling stifled by the moist heat and the netting over her bed. She slept, but there were strange dreams hovering on the edge of her unconsciousness. She dreamed that Inez came back from the . . . Read more