Her ravings were so crowded with recriminations and insults and petitions, with weeping and caterwauling and wild expressions of love, that it seemed bewildering to Bob and Charley that Jesse remained there for minutes, let alone hours; yet he did. She was four inches taller than Jesse, a giant of a woman, but she made him seem even smaller, made him seem stooped and spiritless. She made him kiss her on the mouth like a lover and rub her neck and temples with myrtleberry oil as he avowed his affection for her and confessed his frailties and shortcomings. 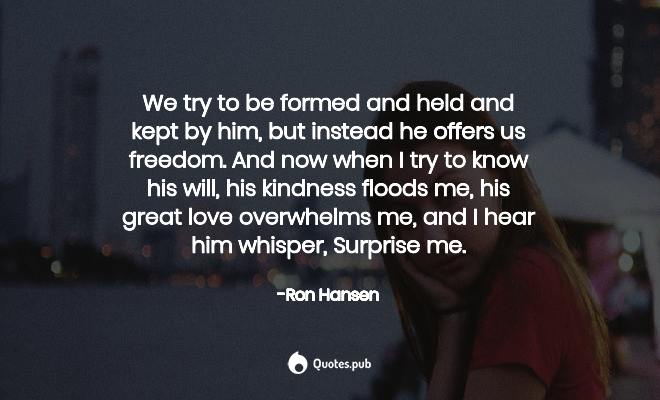