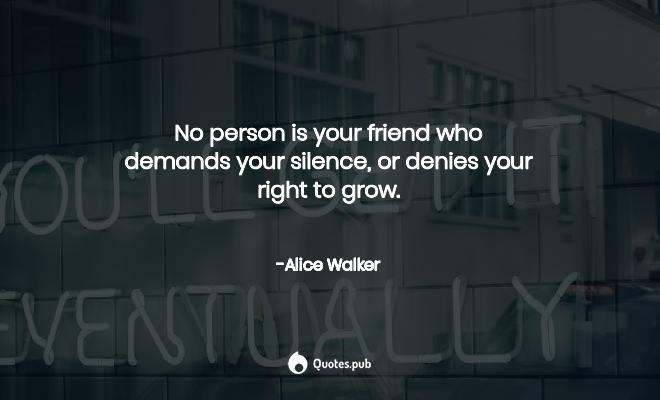 No person is your friend who demands your silence, or denies your right to grow. 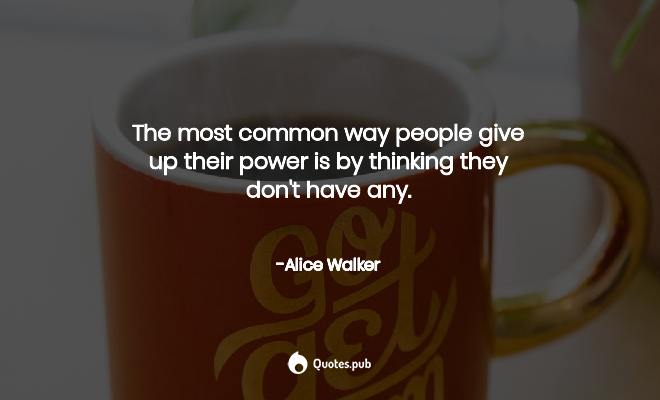 The most common way people give up their power is by thinking they don't have any. 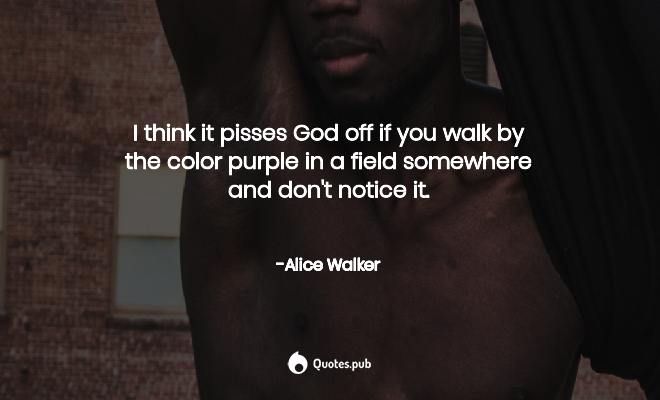 I think it pisses God off if you walk by the color purple in a field somewhere and don't notice it. 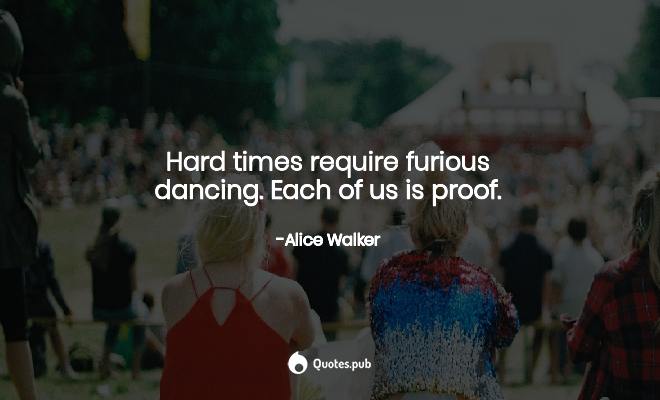 Hard times require furious dancing. Each of us is proof. 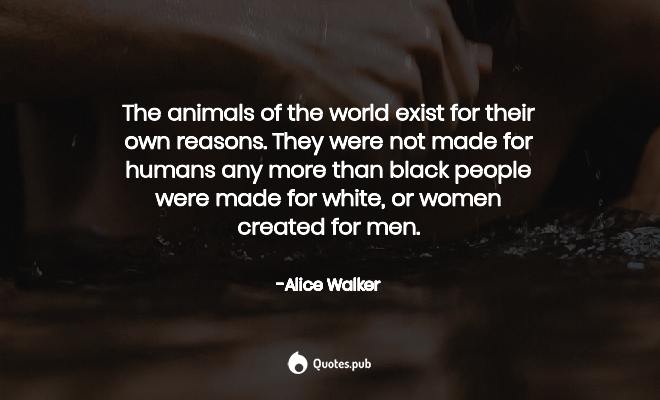 The animals of the world exist for their own reasons. They were not made for humans any more than black people were made for white, or women created for men. 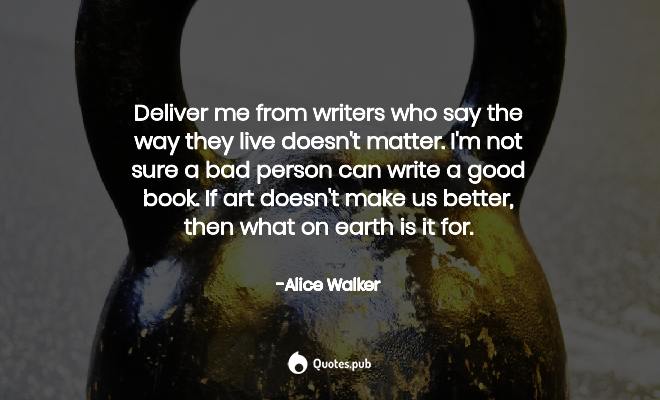 Deliver me from writers who say the way they live doesn't matter. I'm not sure a bad person can write a good book. If art doesn't make us better, then what on earth is it for.